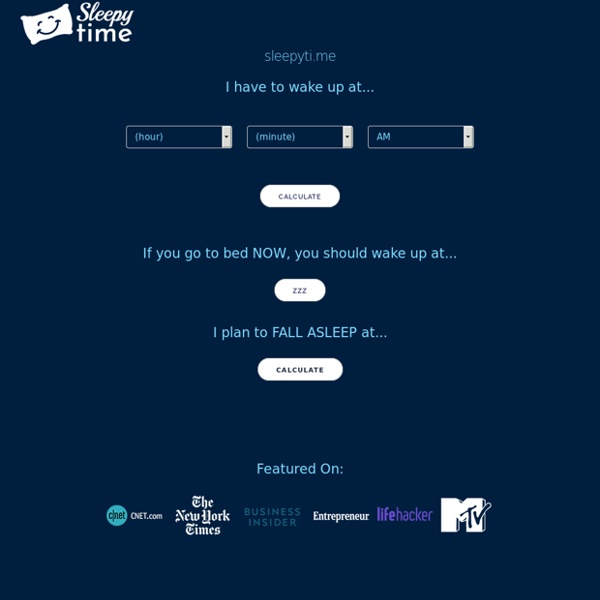 Classic PC Games : Free Software : Free Download, Borrow and Streaming by Bulma Produktions software eye favorite 30 comment 1 Adult adventure game favoritefavoritefavorite ( 1 reviews ) Topics: QBasic games, Vintage computer games, Adventure games Top 10 Tools For Managing Your Social Media Accounts Attempting to juggle each and every one of your social media accounts can be tricky, scary and time-consuming. For example, while you’re busy updating your Facebook status, you might have forgotten to favorite a tweet. Speaking of tweets, when is the best time to send one out to followers? Ugh. It can seriously give you a migraine. Thankfully, we live in a world and time where developers are rectifying that problem!

7 Strategies to Stop Procrastinating Thanks to e-mail, Twitter, Tumblr, YouTube, Facebook, and countless other modern-day distractions, it’s easier than ever to find excuses to not be getting work done. But procrastination leads to guilt, stress, and feelings of being overwhelmed, along with the inevitable shoddy performance on the job. Why do people procrastinate? Often, according to a recent New York Times story, because they feel overwhelmed to begin with.

The 20 Things You Need To Stop Doing To Yourself We are our own greatest enemy. We doubt ourselves, complicate our lives, cloud our minds with unimportant thoughts and negativity, we punish ourselves, hate ourselves and then feel sorry for ourselves because “outside forces” are making our lives a living hell. Life is beautiful — you’re making yours a living hell all on your own. Each of us does things from time to time that make living happily more difficult than it needs to be. Surely some of us have it difficult because those are the cards that we’re dealt, but most of us — especially those who are better off financially and don’t live on the streets — make our very own lives more difficult for ourselves. But there are things you can do to stop the miserable cycle that you have found yourself in — a cycle that I know all too well.

Web Search, Custom Search & URLs/History - Alfred Help and Support The Web Search feature makes it easy to quickly launch web searches from Alfred. We provide a wide range of default web searches for popular sites from Google and Twitter to Amazon and Wikipedia. Want to add a niche site you love? You can add your own custom searches. Sony HX300 Review HX300 Summary Boasting an incredible 50x optical zoom (24-1,200mm equivalent) reach, the all-in-one Sony HX300 showcases one of the most versatile built-in lenses we've ever tested. This bridge camera's relatively small 1/2.3-inch imaging sensor means its image quality won't rival the output of a DSLR or premium compact -- especially in low light -- but it's definitely capable of capturing photos few other cameras can. Packed with features including Full HD video at up to 60p in a comfortable, ergonomic body, this superzoom is ideal to take on any photo trip when you need to travel light. Pros

‘Once Upon a Time’ Characters We Want Brought Back — Neal, Graham Ruby, Elsa Not everyone gets a happy ending on ABC’s Once Upon a Time — including the fans who latch onto, and then must bid adieu to, characters that are either doomed or deigned to disappear. RELATEDOnce Upon a Time‘s Rocky Rumbelle and More Burning Qs Answered In the wake of the resurrection of Maleficent, a saucy sorceress who many felt had been unjustly jettisoned way back in Season 1, TVLine took stock of other characters whose potential was left untapped, and who, if among the living/mostly dead, could still bring a certain spark to life in never-quiet Storybrooke. Review our countdown below, then weigh in on the gone-too-soon characters you’d most like to see be given a second chance.

Trick Your Brain for Happiness This month, we feature videos of a Greater Good presentation by Rick Hanson, the best-selling author and trailblazing psychologist. In this excerpt from his talk, Dr. Hanson explains how we can take advantage of the brain’s natural “plasticity”—it’s ability to change shape over time.

Everyone Says I Am Running Away When I started traveling, my dad asked what I’m running away from. My mother constantly wants to know when I will “settle down” and join the “real world”. Someone once commented on my blog and told me to stop running away and live life. Why's (Poignant) Guide to Ruby 1. Opening This Book Pretend that you’ve opened this book (although you probably have opened this book), just to find a huge onion right in the middle crease of the book. 44 Writing Hacks From Some of the Greatest Writers Who Ever Lived Writing looks fun, but doing it professionally is hard. Like really hard. “Why on earth am I doing this?” 12 crucial Tumblr tricks you probably don't know Did you know that only the first five tags you use in any given Tumblr post are searchable? If not, don’t worry. While Tumblr has a Tips page, most don’t know it exists, and it only scratches the surface of potential shortcuts and tricks—features like the ability to display your tags in chronological order, to browse your dash using keystrokes instead of the scroll bar, and to view only the photos on your dash by appending the word "photos" to the tumblr.com url string.

It's Time to End the War on Salt For decades, policy makers have tried and failed to get Americans to eat less salt. In April 2010 the Institute of Medicine urged the U.S. Food and Drug Administration to regulate the amount of salt that food manufacturers put into products; New York City Mayor Michael Bloomberg has already convinced 16 companies to do so voluntarily. But if the U.S. does conquer salt, what will we gain? Bland french fries, for sure. But a healthy nation?

Sitting straight 'bad for backs' Sitting up straight is not the best position for office workers, a study has suggested. Scottish and Canadian researchers used a new form of magnetic resonance imaging (MRI) to show it places an unnecessary strain on your back. They told the Radiological Society of North America that the best position in which to sit at your desk is leaning back, at about 135 degrees. Experts said sitting was known to contribute to lower back pain.

Just remember to aim to go to bed at least half an hour before. It's hard to get to sleep exactly when you want to. by drschuchman Aug 15

I'm going to need this so bad for my first semester at college. With 8 am classes 4 out of the 5 days, waking up in a decent mood is going to be crucial. by jasmineh Aug 15