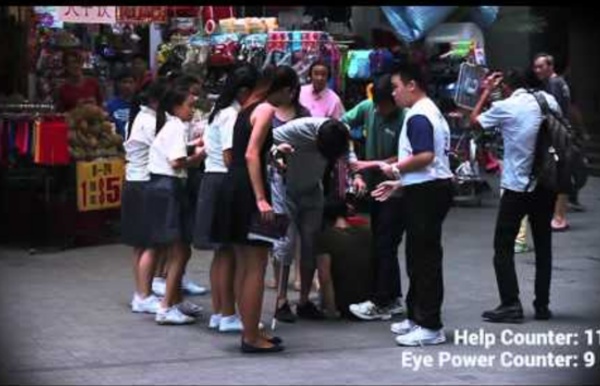 More bystanders responding to CPR incidents thanks to 3 public health interventions: Study, Singapore News SINGAPORE - A study has found that three measures, when applied together, have more than doubled the likelihood of bystanders performing cardiopulmonary resuscitation (CPR) on cardiac arrest victims in Singapore. Dispatch-assisted CPR, CPR and automated external defibrillator training, and the Singapore Civil Defence Force's myResponder app were found to have increased the responses of bystanders giving life-saving assistance to heart attack victims before paramedics attended to them. Dispatch-assisted CPR refers to CPR that is administered under the guidance of a first responder, such as a paramedic who may, through a phone call, assess the situation and give instructions to a bystander, who then performs CPR. The study was conducted by researchers at the Duke-NUS Medical School, Duke University, and several organisations here, and published in August. The likelihood of a victim's survival also increased more than threefold, compared with no intervention, when all three aids were adopted.

Bystanders effect at Singapore after a fetal accidents in lucky Plaza I refer to the news reports of the fatal traffic accident on Sunday (Dec 29) at Lucky Plaza. I applaud the Good Samaritans who unselfishly helped to lift up the car, pulled the victims out and attended to them. These are acts of true heroism. They encourage us to lend help to accident victims when needed and show that there are still compassionate people who don’t respond to accidents by whipping out their phones first to take videos and photos to circulate to their friends. In Sunday’s incident, one of the first things a bystander could do was to rush to the nearby Mount Elizabeth Hospital Accident and Emergency Department to seek help, as it would have the necessary medical equipment and trauma specialists on duty.

[Definition] Pluralistic Ignorance Pluralistic Ignorance Definition Pluralistic ignorance occurs when people erroneously infer that they feel differently from their peers, even though they are behaving similarly. As one example, imagine the following scenario: You are sitting in a large lecture hall listening to an especially complicated lecture. After many minutes of incomprehensible material, the lecturer pauses and asks if there are any questions. No hands go up.

Diffusion of Responsibility - Ethics Unwrapped Diffusion of responsibility occurs when people who need to make a decision wait for someone else to act instead. The more people involved, the more likely it is that each person will do nothing, believing someone else from the group will probably respond. Psychologists John Darley and Bibb Latané set up an experiment where a distress call made it appear that a person nearby had suffered an injury. When subjects heard the cry, and thought they were the only ones who heard it, 85% of them helped. But if subjects thought there was another person who heard the call too, only 62% helped. And if subjects thought that four other people also heard the cry for help, just 31% took action.

Man slashed & robbed at Tanglin Halt claims witnesses "did nothing to help" - Mothership.SG - News from Singapore, Asia and around the world A 58-year-old man was recently arrested for his suspected involvement in a case of armed robbery. On Oct. 13, the suspect slashed another man with a fruit knife near Tanglin Halt Road, and managed to get away with the victim's mobile phone as well. The suspect was arrested on the same day and was subsequently charged in court two days after the incident. However, a Facebook post which surfaced recently revealed more details of what had happened that evening. One Kyle Huang Junyuan shared that he was with a group of friends at Tanglin Halt Market on the evening of Oct. 13.

Khaseen Morris: Teen held for killing that bystanders filmed Image copyright Nassau County Police A New York teenager has been charged with the fatal stabbing of a 16-year-old boy whom bystanders filmed bleeding to death. Tyler Flach, 18, is accused of second-degree murder in the deadly after-school brawl that broke out not far from the victim's Long Island school. Police said that most of the "50, 60, 70" kids who witnessed the attack on Khaseen Morris did nothing to stop it. "That's egregious," said Detective Lt Stephen Fitzpatrick.

Participating in Bystander Intervention Programmes ​The likelihood of a victim's survival will increase more than threefold with intervention. PHOTO: ST FILE SINGAPORE - A study has found that three measures, when applied together, have more than doubled the likelihood of bystanders performing cardiopulmonary resuscitation (CPR) on cardiac arrest victims in Singapore. Dispatch-assisted CPR, CPR and automated external defibrillator training, and the Singapore Civil Defence Force's myResponder app were found to have increased the responses of bystanders giving life-saving assistance to heart attack victims before paramedics attended to them.