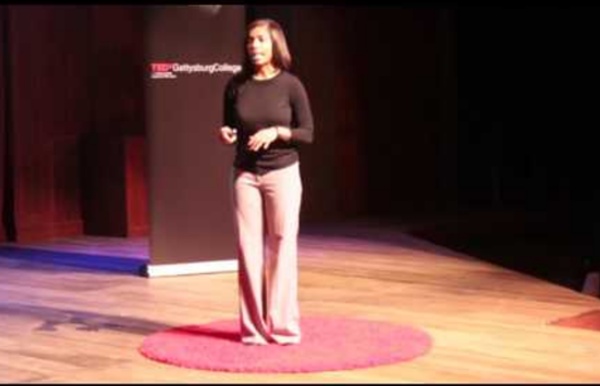 The tragic case of Kitty Genovese that sparked the bystander effect phenomena The Kitty Genovese murder in Queens, New York, in 1964 is one of the most famous murder cases to come out of New York City and into the national spotlight. What propelled it wasn’t the crime or the investigation, but the press coverage that alleged the murder had many witnesses who refused to come to the Kitty Genovese’s defense. This has been disproved over time, but not before it became part of the accepted lore of the crime. Kitty Genovese was returning from work home at around 2:30 a.m. on March 13, 1964, when she was approached by a man with a knife. Genovese ran toward her apartment building front door, and the man grabbed her and stabbed her while she screamed.

Quiz: What’s your bystander style? - CampusWell Read this article and enter to win a $50 Amazon gift card Bystander intervention is about the small things we all do for our friends and communities. When we see that someone is experiencing unwanted attention or pressure, we have a variety of ways we can check in: anything from a simple hello to a more creative disruption. The best interventions happen early on—right when we notice that something is off, and well before a situation escalates. These interventions are easy, subtle, and safe. They help build a community that doesn’t tolerate casual disrespect and disregard, and prevent pressure and disrespect from escalating to coercion and violence. How you choose to help others depends partly on your personality.

Social media - the eagerness of sharing the "first-hand" news with your friends and the world. I refer to the news reports of the fatal traffic accident on Sunday (Dec 29) at Lucky Plaza. I applaud the Good Samaritans who unselfishly helped to lift up the car, pulled the victims out and attended to them. These are acts of true heroism. They encourage us to lend help to accident victims when needed and show that there are still compassionate people who don’t respond to accidents by whipping out their phones first to take videos and photos to circulate to their friends. In Sunday’s incident, one of the first things a bystander could do was to rush to the nearby Mount Elizabeth Hospital Accident and Emergency Department to seek help, as it would have the necessary medical equipment and trauma specialists on duty.

Bystander effect Bystander effect, the inhibiting influence of the presence of others on a person’s willingness to help someone in need. Research has shown that, even in an emergency, a bystander is less likely to extend help when he or she is in the real or imagined presence of others than when he or she is alone. Moreover, the number of others is important, such that more bystanders leads to less assistance, although the impact of each additional bystander has a diminishing impact on helping. Investigations of the bystander effect in the 1960s and ’70s sparked a wealth of research on helping behaviour, which has expanded beyond emergency situations to include everyday forms of helping. By illuminating the power of situations to affect individuals’ perceptions, decisions, and behaviour, study of the bystander effect continues to influence the course of social psychological theory and research.

Help crisis victims with psychological first aid, Singapore News University student Aisha Nachyia is no stranger to the basics of first aid, having taken a course during her polytechnic days. But earlier this month, the 21-year-old became one of the first in Singapore to learn psychological first aid, which trains people to help those suffering emotional trauma during a crisis. The Singapore Red Cross officially launched Singapore's first psychological first aid training programme yesterday morning, in conjunction with World First Aid Day. Minister for the Environment and Water Resources Masagos Zulkifli, who was the guest of honour at the event, stressed the importance of learning first aid - both physical and psychological. Six in 10 people who collapse outside a hospital do not get help from bystanders, he pointed out, even though every minute that a person does not get the appropriate help lowers his survival rate by up to 10 per cent.

Bystander Intervention Resources Bystander Intervention Training Hollaback! provides trainings on how to do your part to protect your neighbors and co-workers when bias and harassment collide in front of you. What’s worse than being targeted with harassment because of your race, sex, religion, color, gender, size, orientation, disability, age, or origin? An example of digital bystander effect On Sept. 17, the life of a 16-year-old high schooler in Long Island ended tragically in a violent brawl outside a strip mall. Khaseen Morris was told to show up outside the mall at a certain time by several others his age, after he was seen walking home the girlfriend of another boy. Morris showed up and was immediately attacked by a group of five teenagers.

Overcoming the Bystander Effect Have you ever been a hero? Going about our daily routines, few of us have the opportunity to save a life or disrupt a crime in progress—fewer still take that opportunity when it presents itself. I once witnessed a car accident in which the guilty party leapt from his disabled vehicle and fled the scene. I quickly pulled over and dialed 911. Fortunately, another passerby stopped and apprehended the suspect.

Decision Model of Helping - IResearchNet Decision Model of Helping Definition The decision model of helping, introduced in The Unresponsive Bystander by Bibb Latane and John Darley, outlines a process of five steps that will determine whether a bystander will act or not in a helping situation. This model is also intended to offer a counterargument to the proposition that people do not help in emergencies simply because they become apathetic. As Latane and Darley suggest, an individual’s interpretation of the emergency may be more influential than the individual’s general motivation when it comes to his or her actions in an emergency. The decision model of helping outlines the five steps to helping behavior. First, the bystander must recognize a problem.

Bystander effect: Famous psychology result could be completely wrong By Grace Browne SolStock/Getty If you were being attacked, would anyone stop to help you? A famous result in psychology known as the bystander effect says probably not, but now a review of real-life violent situations says this commonly held view may be wrong. The bystander effect purports that in situations such as a robbery or a stabbing, bystanders are less likely to step in if there are a large number of people in the area, so the likelihood of intervention decreases.

Factors contributing to the Bystander effect: -Diffusion of responsibility (individual is less likely to take up the responsibility of helping when there are others around, they may assume that others have already initiated help.) -Ambiguity (When an individual is unclear of the situation, they are less likely to offer help.) -Perceived cost (Considerations taken by individuals on whether they should offer their help. This includes, risk of helping - whether they will be harmed and time - whether it will take up too much of their time) -Evaluation apprehension (Whether one will be judged by others) Path to intervention: -Notice the need to intervene -Swiftly evaluate the situation and determine next steps -Assume responsibility for helping or getting help Points to remember: M (Morality) - Understanding what is right or wrong behavior I (Integrity) - Being a person with integrity - honest and fair C (Civility) - Being polite, reasonable, caring, compassionate, having respectful behavior E (Ethicality) - Being ethical by bystander03 Mar 18