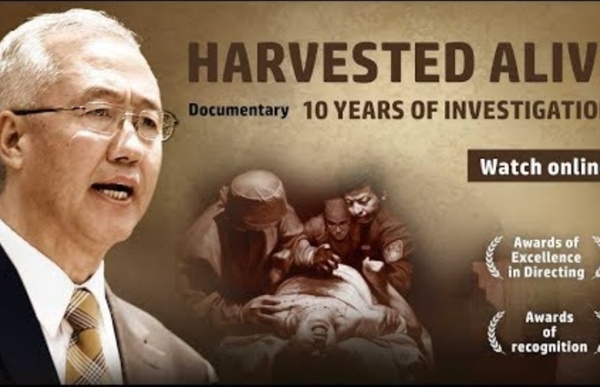 NRA’s Ties to Russia and Alleged Spy Maria Butina Run Deep Despite Denials, Report Reveals For the first time since the National Rifle Association’s links to Russia became a matter of public interest, the gun advocacy organization released a statement about a trip high-ranking members of the group took to Moscow in 2015. The organization’s lawyers told The New York Times that the NRA’s chief executive had forbidden members of the association from joining the delegation that went to Russia, and noted that the NRA’s then-president Allan Cors had decided not to go on the trip. But despite attempts to minimize the involvement of its top officials, analysts say there is ample evidence that the organization had deeps ties to Russia and a longstanding relationship with Russian guns rights activist Maria Butina, who was recently charged for attempting to infiltrate Republican political circles on behalf of the Russian government. ABC News reported Wednesday that it had reviewed internal NRA emails showing that the organization was deeply involved with planning the trip to Moscow.

How the religious right gained unprecedented access to Trump The US health secretary sat for an interview with a man experts say is the leader of a hate group known for “defaming gays and lesbians”, just two days after Karen Pence, the US second lady, was criticized for teaching at a Christian school that bans homosexuality. Alex Azar, secretary of health and human services, was interviewed by the Family Research Council President, Tony Perkins, at an anti-abortion event called ProLifeCon in mid-January. “We are the department of life,” Azar told Perkins, “from conception until natural death, through all of our programs.” He then rattled off victories – new policies that make it difficult to obtain an abortion, including allowing healthcare workers to refuse to treat patients based on moral objections. “The right of conscience is as foundational as the right to life.”

History of Ice Cream The origins of ice cream can be traced back to at least the 4th century BCE. Early references include the Roman emperor Nero (37-68 CE) who ordered ice to be brought from the mountains and combined with fruit toppings, and King Tang (618-97 CE) of Shang, China who had a method of creating ice and milk concoctions. Ice cream was likely brought from China back to Europe. H is for Harry review – hard lessons to be learned What does 11-year-old Harry want to be when he grows up? Footballer? Software coder? He shrugs. Dunno. “I don’t want to be living on the streets poncing money.” Trump's Budget Wouldn't Erase Deficits, CBO Said Under President Donald Trump’s proposed budget for fiscal year 2018, there would have been hundreds of billions of dollars in deficits each year from 2018 to 2027, according to projections from the nonpartisan Congressional Budget Office. That contradicts Acting White House Chief of Staff Mick Mulvaney’s claim that the U.S. “would actually be on a glide path to balancing the budget” had Congress enacted Trump’s desired plan.

Revealed: FBI investigated civil rights group as 'terrorism' threat and viewed KKK as victims The FBI opened a “domestic terrorism” investigation into a civil rights group in California, labeling the activists “extremists” after they protested against neo-Nazis in 2016, new documents reveal. Federal authorities ran a surveillance operation on By Any Means Necessary (Bamn), spying on the leftist group’s movements in an inquiry that came after one of Bamn’s members was stabbed at the white supremacist rally, according to documents obtained by the Guardian. The FBI’s Bamn files reveal: The FBI’s 46-page report on Bamn, obtained by the government transparency non-profit Property of the People through a records request, presented an “astonishing” description of the KKK, said Mike German, a former FBI agent and far-right expert who reviewed the documents for the Guardian.

MURAKAMI vs MURAKAMI Presented by Astrup Fearnley Museet, Oslo Tai Kwun Contemporary is proud to announce MURAKAMI vs MURAKAMI, a major survey exhibition of the Japanese artist Takashi Murakami (b. 1962, Tokyo, Japan), which opens from 1 June to 1 September 2019. The exhibition will explore the multifaceted universe of the cultural phenomenon of this Japanese super-star artist. Taking over all art galleries at Tai Kwun, this comprehensive survey will feature over 60 paintings and sculptures in a stunning, immersive setting that showcases the intriguing paradoxes embodied in the diverse work and life of Takashi Murakami. Memory of the Camps (1985) Sixty years ago, in the spring of 1945, Allied forces liberating Europe found evidence of atrocities which have tortured the world's conscience ever since. As the troops entered the German concentration camps, they made a systematic film record of what they saw. Work began in the summer of 1945 on the documentary, but the film was left unfinished.