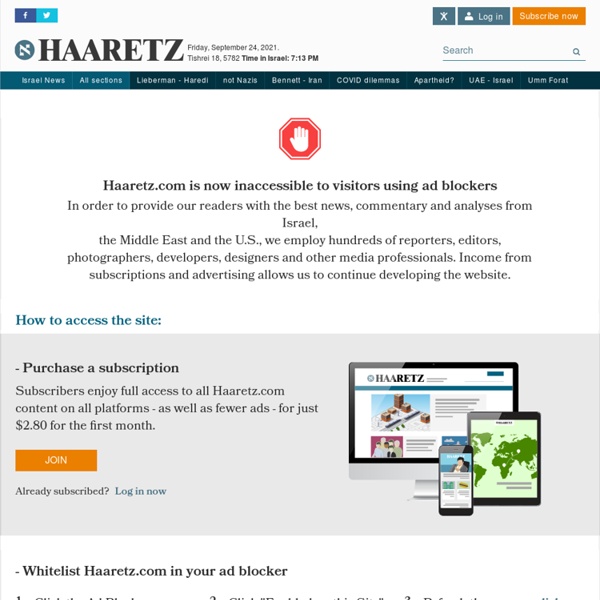 3,000-year-old teeth solve Pacific banana mystery - Advertisement - Humans began transporting and growing banana in Vanuatu 3000 years ago, a University of Otago scientist has discovered. The discovery is the earliest evidence of humans taking and cultivating banana in to what was the last area of the planet to be colonised.

Bats, gene editing and bioweapons: Recent DARPA experiments raise concerns amid coronavirus outbreak DARPA recently spent millions on research involving bats and coronaviruses, as well as gene editing "bioweapons" prior to the recent coronavirus outbreak. Now, "strategic allies" of the agency have been chosen to develop a genetic material-based vaccine to halt the potential epidemic. In recent weeks, concern over the emergence of a novel coronavirus in China has grown exponentially as media, experts and government officials around the world have openly worried that this new disease has the potential to develop into a global pandemic. As concerns about the future of the ongoing outbreak have grown, so too have the number of theories speculating about the outbreak's origin, many of which blame a variety of state actors and/or controversial billionaires. This has inevitably led to efforts to clamp down on "misinformation" related to the coronavirus outbreak from both mainstream media outlets and major social media platforms.

A New ‘Four Stranded DNA’ Structure Has Been Discovered In Living Human Cells Francis Crick (June 8, 1916 — July 28, 2004) was an English scientist who was most noted for being a co-discoverer of the structure of the DNA molecule in 1953 alongside James D. Watson. In his book published in 1982, Life Itself, he argues that there is no possible way that the DNA molecule could have gotten its start here on Earth and that it had to have come here from somewhere else.

Vesuvius victims died slower than believed - Advertisement - ‘A re-evaluation of manner of death at Roman Herculaneum following the AD 79 eruption of Vesuvius’. Residents of Herculaneum fleeing the devastating eruption of Vesuvius in AD 79 had a slower death than previously believed, analysis reveals. Many took refuge in fornici, vaulted stone boathouses along the beachfront. Unable to escape, at least 340 individuals perished in these chambers and on the beach. China’s Coronavirus: A Shocking Update. Did The Virus Originate in the US? The Western media quickly took the stage and laid out the official narrative for the outbreak of the new coronavirus which appeared to have begun in China, claiming it to have originated with animals at a wet market in Wuhan. In fact the origin was for a long time unknown but it appears likely now, according to Chinese and Japanese reports, that the virus originated elsewhere, from multiple locations, but began to spread widely only after being introduced to the market. More to the point, it appears that the virus did not originate in China and, according to reports in Japanese and other media, may have originated in the US. Chinese Researchers Conclude the Virus Originated Outside of China

It's official: Native Americans and Siberians are cousins Man at the Altai Eagle Festival and Native American Indian man. Outdoor portrait profile. Alamy/Legion Media After more than a century of speculation, an international group of geneticists has conclusively proven that the Aztecs, Incas, and Iroquois are closely related to the peoples of Altai, the Siberian region that borders China and Mongolia. Scientists have suspected for a long time that Native Americans are closely related to the peoples of Altai. The theory of the Altai peoples migrating from Siberia across Chukotka and Alaska, down to the Tierra del Fuego at the tip of South America, appeared almost a century ago. These facial reconstructions reveal 40,000 years of English ancestry Last year, the dark-skinned, blue-eyed facial reconstruction of Cheddar Man, a 10,000-year-old British resident, made international headlines and sparked discussions about “native” identity in a nation grappling with Brexit and issues of migration. Now, a new exhibit is revealing the faces of seven more ancient “locals” from the coast of southern England, and science is confirming that the history of the region is much more complicated than we once thought. The faces of the seven Britons, reconstructed from archaeological remains spanning 40,000 years, are being put on display Saturday at the Brighton Museum & Art Gallery as part of a larger exhibit on the region’s history.

Covid-19: The propaganda and the manipulation The Chinese Prime Minister, Li Keqiang, came to lead the operations in Wuhan and restore the "celestial mandate" on January 27, 2020. Returning to the Covid-19 epidemic and the way governments are reacting to it, Thierry Meyssan stresses that the authoritarian decisions of Italy and France have no medical justification. They contradict the observations of the best infectiologists [epidemiologists] and the instructions of the World Health Organization. Epidemic outbreak in China On November 17, 2019, the first case of a person infected with Covid-19 was diagnosed in Hubei Province, China. Initially, doctors tried to communicate the seriousness of the disease, but clashed with regional authorities.

Why Human DNA Might Be The Product of Another Intelligence Life is becoming increasingly more complex. With the rise of the internet, we have access to more information than at any other time in recorded history. The information keeps increasing in a world that has become more and more unstable through economic meltdown, climate change, loss of privacy, and the inevitable corruption of government and authoritarian institutions. Despite these incredible technological advancements, most people in our world still live in poverty – and even in ‘developed’ countries, life has become a struggle, with many individuals facing great uncertainties regarding their future. The evolution of consciousness has not yet caught up with our technological progress.

German pop singer calls for Beethoven’s body to be exhumed for a racial DNA test 4 October 2021, 16:21 | Updated: 6 October 2021, 19:01 The classical composer who died almost 200 years ago, has been at the centre of a race debate for over a century; but does this mean we should disturb his grave? German singer, Roberto Blanco, has called on the Mayor of Vienna to exhume Beethoven’s body for a racial DNA test. The request is the latest in an over century old debate about the ethnicity of the German-born classical music giant. Beethoven died in Vienna in 1827, and Blanco addresses the city’s Mayor in a public YouTube video.

Exclusive: This 7,000-year-old woman was among Sweden's last hunter-gatherers To the archaeologist who excavated her remains, she’s Burial XXII. To the staff at the museum where she will be displayed, she’s known as the “Seated Woman” (for now, at least, though they’re open to other suggestions). And to the artist who reconstructed her life-size image and imagined her piercing stare, she’s the “Shaman.” Her real name was likely last uttered some 7,000 years ago in the fertile marshes and forests of what is now southwest Sweden.

Putin And Trump vs The New World Order: The Final Battle Authored by Sylvain LaForest via OrientalReview.org: We live in exciting times. The unknown that lays ahead for all of us is both exhilarating and scary.