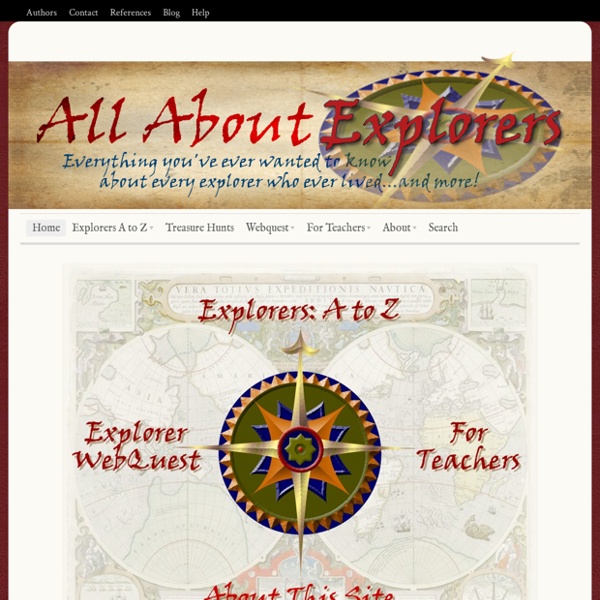 California's Velcro Crop Under Challenge by Ken Umbach California's important Velcro crop, vital to the clothing, footwear, and sporting goods industries, has been severely stressed by drought, disease, and pests. Background Velcro®, an engineered crop, consists of two distinct strains: hooks and loops. As any user of Velcro knows, a strip of hooks clings to a strip of loops as the springy hook-shaped fibers latch through tiny but firm loops. Digital Literacy - Fake Websites Digital Literacy - Fake Websites by Susan Stephenson, www.thebookchook.com Lots of us, kids included, tend to take websites on face value. If Google brings it to us, it must be true.

14 Resources for Citing Sources Have you ever heard the saying that there is my truth, your truth, and somewhere in the middle, the real truth? Pinpointing the truth is the reason why I always find myself wanting to ask people to prove what they say. Let’s acknowledge this truth.

The Legend of Jackalope – Jackalope It’s an aggressive species, willing to use its antlers to fight. Thus, the jackalope is also sometimes called the “warrior rabbit.” The jackalope is the product of a male jackrabbit and a female antelope. Jackalopes possess an uncanny ability to mimic human sounds. Research Improbable research is research that makes people laugh and then think. We collect improbable research. Real research, about anything and everything, from everywhere. Research that's maybe good or bad, important or trivial, valuable or worthless.

Fake sites 2 Introduction to fake websites Librarians and educators need to be able to illustrate to students and users alike that websites cannot always be trusted to provide truthful and accurate data. This page provides examples of websites that are full of lies, inaccuracies or false information - either for amusement or for more worrying reasons. The list does not include phishing sites however; these are intended to fool a person into believing that they are visiting a legitimate bank site for example; there are already plenty of links to these online already. Fake websites - scientific and commercial All of the following websites are, to the best of my knowledge fake sites, spoof sites or parodies of 'real' sites.

Let's All Share What We Do As Future Ready Librarians In Each One Of The FRL Wedges! I had such a wonderful time with our team as we worked with administrators, technology directors, principals, coaches and of course, lots of very special Future Ready Librarians. On the second day, as we examined, dissected and shared ways Future Ready Librarians lead, teach and serve within our libraries, schools and communities, one of my new friends, Becky Ackermann, came up to me with an idea from the collaborating they were doing at their table. Even though we took the FRL Framework apart on the first day together by breaking into 10 groups and...