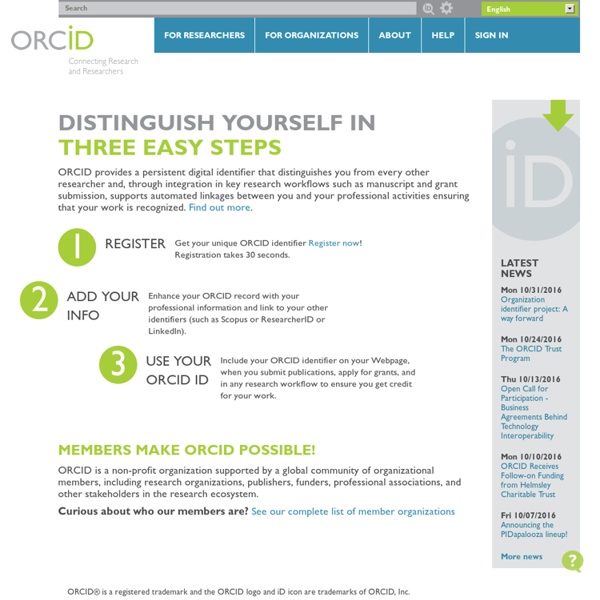 *BASE - Bielefeld Academic Search Engine BASE is one of the world's most voluminous search engines especially for academic web resources. BASE provides more than 200 million documents from more than 8,000 content providers. You can access the full texts of about 60% of the indexed documents for free (Open Access). BASE is operated by Bielefeld University Library. Open University Learning Design Initiative The OU Learning Design Initiative (OULDI) started with institutional strategic funding in 2007 and has been funded by JISC under the Curriculum Design programme since September 2008. Our work is focused around several key questions: Our aim is to develop and implement a methodology for learning design composed of tools, practice and other innovation that both builds upon, and contributes to, existing academic and practioner research. We have been working across several OU faculties and with 4 other universities to pilot curriculum design activities and relevant supporting tools and to contribute to the broader academic work in the subject. We have produced a range of tools which include: Additional outputs include:

How to upgrade to Linux Mint 18 A. Introduction This tutorial explains how to upgrade to Linux Mint 18. B. General considerations B1. 2016 Population By-census The “District Council District / Constituency Area (DC / CA) system” is developed for district administration and election purposes. The whole land and sea areas of Hong Kong are divided into 18 District Council Districts which are further divided into 431 Constituency Areas. The set of Constituency Area boundaries adopted in the 2016 Population By-census is based on those declared in the Declaration of Constituencies (District Councils) Order 2014 (L.N. 147 of 2014) made by the Chief Executive in Council under section 6 of the District Councils Ordinance (Cap. 547) for the District Council Election held on 22 November 2015. Please zoom in / out and click on the map to select an area, or choose the name of the area. The statistical tables for the selected area will be displayed below the map. In using the tables, users should note that since statistics based on sample enquiry are subject to sampling error, a nil figure may mean a figure of a small magnitude but not zero.

New Grads, Meet New Metrics: Why Early Career Librarians Should Care About Altmetrics & Research Impact In BriefHow do academic librarians measure their impact on the field of LIS, particularly in light of eventual career goals related to reappointment, promotion, or tenure? The ambiguity surrounding how to define and measure impact is arguably one of the biggest frustrations that new librarians face, especially if they are interested in producing scholarship outside of traditional publication models. To help address this problem, we seek to introduce early career librarians and other readers to altmetrics, a relatively new concept within the academic landscape that considers web-based methods of sharing and analyzing scholarly information. By Robin Chin Roemer and Rachel Borchardt

*Google Scholar: Library Partner or Database Competitor? By Nancy K. Herther Information professionals rely on vetted sources of information in order to provide the best quality service to their clients—whether they are students, researchers, or businesses. The internet has profoundly transformed our communication expectations, access to information, product evaluation, and buying behaviors. It has disrupted the business models of retail stores, the travel industry, and music. For libraries, it has created serious challenges in the provision of quality information services.

teaching.html Postgraduates in locations as diverse as Bulgaria, Copenhagen and Surrey are using the system in order to avoid having to write simple things like sentence splitters from scratch, and to enable visualisation and management of data. For example, a student at Imperial College developed a summarisation system based on GATE and ANNIE. (His site included the URL of his components; you could then give GATE the URL and it loaded his software over the network.) Marin Dimitrov of the University of Sofia has produced an anaphora resolution system for GATE. Our colleagues in the Universities of Edinburgh, UMIST in Manchester, and Sussex (amongst others) have reported using previous versions of the system for teaching, and the University of Stuttgart produced a tutorial in German for the same purposes.

A Data Detox for a healthier, balanced digital life - Internet Citizen Are you in an unhealthy relationship with your data? That’s a question you might not have asked yourself not too long ago, but things are getting a little weird. With high profile data breaches, creepy ads following you around the internet, and years of old photos piling up on social media, now might be the time for a Data Detox to regain control of your digital life. Mozilla is a proud partner of Tactical Tech, whose Data Detox will help you remove any toxic data build up. It’s an 8-day cleanse, and with just a small daily time commitment, you finish feeling refreshed and rejuvenated online and IRL. Look for signs through a Data Detox

2019 Environmental Photographer of the Year Winners Capture the 'Raw Reality' of Climate Change Last week, The Chartered Institution of Water and Environmental Management (CIWEM) revealed the winners of this year’s Environmental Photographer of the Year awards, highlighting images that turn an unblinking eye on man’s impact on the environment in ways both subtle and direct. The winning images were revealed on the same day as the UN’s Climate Action Summit in New York, and the CIWEM didn’t pull any punches in describing the global climate crisis depicted in many of the photographs: “These winning photographs reveal the raw reality of how people and wildlife are struggling with the impacts of climate change all around the world,” reads the CIWEM press release. “This award exists to inspire change from political leaders, decision makers, and the general public.”

*Sci-Hub provides access to nearly all scholarly literature [Preprint] (scan article) The website Sci-Hub provides access to scholarly literature via full text PDF downloads. The site enables users to access articles that would otherwise be paywalled. Since its creation in 2011, Sci-Hub has grown rapidly in popularity. Rutgers University Begins Implementation of ORCID iDs Today, Rutgers University begins a formal universitywide implementation of Open Researcher & Contributor IDs (ORCID iDs). An ORCID iD is a persistent digital numeric identifier that distinguishes a researcher from every other researcher. It remains constant through changes in name or institutional affiliation, ensuring that a person’s work is properly attributed and recognized throughout their career. To date, nearly 4 million ORCID iDs have been issued to researchers around the world, including hundreds of affiliates at Rutgers. Essentially, ORCID acts as a clearinghouse where researchers can compile and curate a record of their scholarly activity, including elements such as their funding history, affiliations, presentations, and published works. It creates a single source of metadata that can then be integrated into a number of key research workflows, from grant and manuscript submissions to the tenure and promotion processes.

Avoiding Plagiarism and Lazy Writing Students are often confused about how to use materials from sources (e. g., journals and books) that they read. Too often material is used inappropriately, in most cases because a student may not know how to properly use such material. The information on this page will help you to avoid two serious flaws in writing plagiarism and lazy writing. What is Plagiarism? Plagiarism occurs when you use someone else's words or ideas from a copyrighted source. Whenever something is fixed in some medium (for example, a book, journal, electronic storage medium, or even a term paper written by a fellow student) the work is automatically copyrighted.