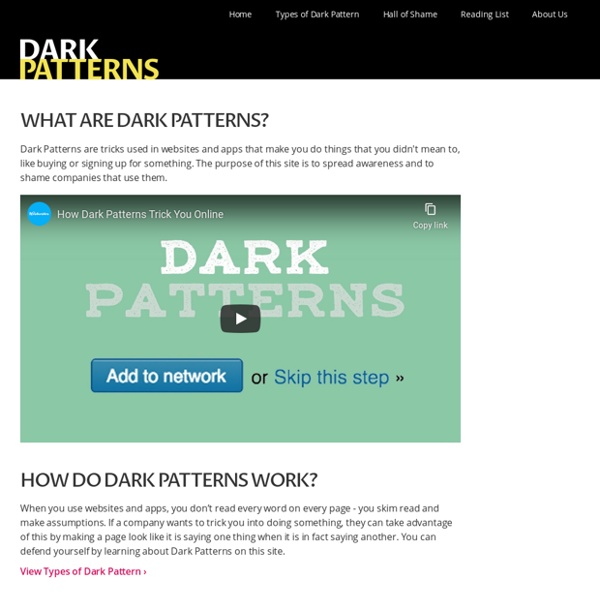 A new way of blogging about Common Lisp This blog post is about to show a new way of blogging about Common Lisp. Look at a typical blog post or tutorial about any programming language: The article usually presents a couple of code snippets. As I see it, there are two pains with code snippets: Dot paper template - Paperkit Highly customizable With Paperkit you can easily generate online the exact type of dot paper that you need. Use the toolbar to adjust the settings. You have full control over spacing between dots, margin size, stroke color and width as well as paper size. A live preview will help you evaluate your design. There are five formats available: A4, A3, legal, tabloid and letter. The 20 best wireframing tools for designers Wireframe tools make the process of knowing how to create an app or website fundamentally easier, by visually stripping the product down and enabling all involved to focus purely on functions and user interactivity. Clients need to understand how your proposed app or website will work. But simply explaining to them verbally or in writing leaves the vast majority of functions down to their imagination – which isn't helpful for you or your client, and leaves a lot of room of error. Wireframe tools can be extremely helpful in squaring that circle. Get 15% off Creative Cloud with our exclusive offer

Choosing an All-in-One Inkjet Printer: A Reference Guide for Buyers Think of all-in-one or multi-function printers as a printer, a scanner, a photocopier and in some cases, a fax machine sandwiched together. Combining four different machines into one hardware unit makes these printers the perfect match for homes, home-offices and small businesses. Which one is the best all-in-one inkjet printer? Voodoo Funeral Home A severed hand was discovered washed up on the shore of the Manatee River in Bradenton in November 1997. The Bradenton Police Department fingerprinted the grisly find, and a few months later, the Florida Department of Law Enforcement crime laboratory in Tampa successfully found a match. It was the hand of Willie Suttle of nearby Palmetto. Problem was, Suttle was listed as having died of natural causes at the age of 70 the previous summer and was buried. Confused and concerned, the police decided to exhume Suttle's body from its grave at the New Memphis Cemetery in Palmetto. Sure enough, the corpse's left hand was missing.

A New Car UI - Matthaeus Krenn Several automotive companies have begun replacing traditional controls in their cars with touch screens. Unfortunately, their eagerness to set new trends in hardware, is not matched by their ambition to create innovative software experiences for these new input mechanisms. Instead of embracing new constraints and opportunities, they merely replicate old button layouts and shapes on these new, flat, glowing surfaces. So even controls for air condition and infotainment - which are commonly used while driving - now lack any tactile feedback and require the driver’s dexterity and attention when operated. Considering that distracted driving is the number one cause for car accidents, this is not a step in the right direction. Butterick’s Practical Typography This book was made pos­si­ble by a pub­lish­ing sys­tem called Pollen. I cre­ated Pollen with the Racket pro­gram­ming lan­guage. Racket is a de­scen­dant of Scheme, which in turn is a de­scen­dant of Lisp. So while Racket is not Lisp (in the spe­cific Com­mon Lisp sense), it is a Lisp (in the fa­mil­ial sense) which means that its core ideas—and core virtues—are shared with Lisp.

Automatisation des métiers - Cabinet de conseil McKinsey The world of work is in a state of flux, which is causing considerable anxiety—and with good reason. There is growing polarization of labor-market opportunities between high- and low-skill jobs, unemployment and underemployment especially among young people, stagnating incomes for a large proportion of households, and income inequality. Migration and its effects on jobs has become a sensitive political issue in many advanced economies. And from Mumbai to Manchester, public debate rages about the future of work and whether there will be enough jobs to gainfully employ everyone. Video Experts in academia and industry discuss the digital future of work with McKinsey partners, in the first video of this four-part series.

The most persuasive word in the dictionary – Bignoggins Psychology is great for many reasons, but the main reason I got into it was to become more persuasive. And the deeper I go down the rabbit hole, the more I’m also convinced that being a master of persuasion is the closest most people will get to having a legitimate superpower. One of my favorite moments in learning is when you encounter something sublimely simple that also unlocks a massive amount of value. This post is a recent example of one such learning. The concept I’m going to teach you is not nearly as complex as frame control or the high ground maneuver, which can take a lifetime to master.