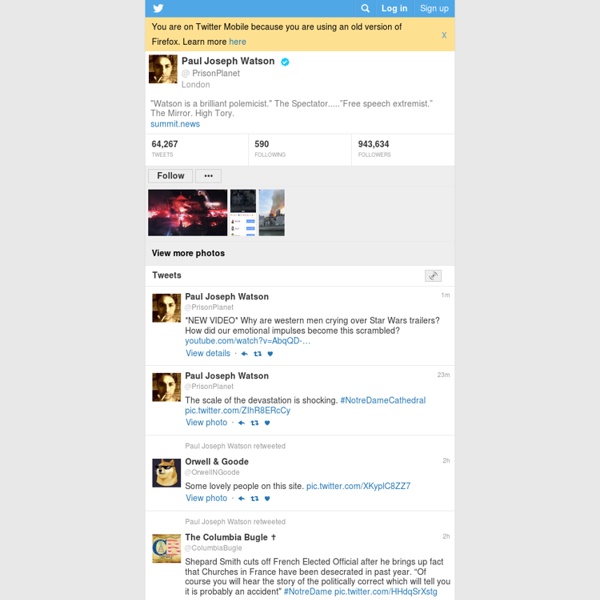 Migrant chaos: Clashes as thousands march to Greece after false rumour of open border Greek officers fired tear gas as angry migrants hoping to make their way to northern Europe hurled stones and bottles after being barred from reaching a nearby border crossing, witnesses said. Syrian refugee Yaser said: “We don't want to fight with the Greek police. We want to go to Europe, we don't want to stay in Greece.” Wife Fatemeh, who was carrying their six-month old baby, said the family was determined to stay at the makeshift camp. She added: “We will stay here until the borders open, we don't have any other choice.” Spurred by a fake rumour about border openings that had spread on social media, hundreds of migrants and refugees arrived and pitched tents on Thursday in a field next to the Diavata migrant camp near Greece's border with North Macedonia.

Stockholm, Sweden, 7 April Megalisia - Cybele, Truck Attack, exact location: Klarabergsgatan Police have arrested a terror suspect who has confessed to ramming a 30-tonne truck into shoppers in Stockholm, killing at least four people. The man went on the run after fleeing the scene following a chaotic shootout. The 'lightly injured' suspect was arrested in Marsta, a suburb north of Stockholm, after members of the public contacted police to say he was acting strangely. According to Aftonbladet, he is 39-years-old and was arrested wearing a balaclava and with broken glass on his clothes.

EU news: Austria IGNORES EU demands to increase benefits paid to immigrants Austria shrugged off the EU’s “letter of formal notice” where Brussels branded unfair for some people in Austria to pay the same taxes but receive lower benefits. But Wien defended its position, saying the policy simply recognises there are lower living costs in other countries. Responding to Brussels in a letter, Austria said the reduction of benefits is “compatible” with EU laws and, actually, maintaining the old system would represent a breaching of Brussels’ regulations.

Trump, Rose Garden, 6 April, Megalisia Cybele, announcing start of action against Syria, all media changed overnight, universal Donald Trump has described the chemical attack in Idlib province which killed more than 70 people as an “affront to humanity”, but offered little clue to any new strategy to end the violence in Syria. The US president said that Tuesday’s attack – whose victims included women, children and babies – had affected him profoundly and transformed his thinking about the Syrian president, Bashar al-Assad. “I will tell you that attack on children yesterday had a big impact on me – big impact,” Trump said in the White House Rose Garden. “My attitude toward Syria and Assad has changed very much … You’re now talking about a whole different level.” But during a joint press conference with King Abdullah of Jordan on Wednesday, Trump also repeated his criticism of Barack Obama’s administration for drawing and then failing to enforce a “red line” over Assad’s use of chemical weapons. In contrast, the US secretary of state has remained largely silent regarding the attack.

Calais CHAOS: UK-bound ferries held after 46 migrants storm ship heading for Dover Witnesses said 100 migrants had broken through the perimeter of the port of Calais last night, at about 8.30pm. Passengers stuck on ships were told, preventing boats coming from Dover to dock. Two of the asylum-seekers trying to get to Britain fell into the sea, prompting a rescue.

Thirteen killed and 42 wounded in Cairo church bombing By Reuters and Darren Boyle for MailOnline Published: 09:42 BST, 9 April 2017 | Updated: 10:46 BST, 9 April 2017 Some 21 people killed and at least 50 were injured in an explosion inside a church in the Egyptian Nile delta city of Tanta on Sunday, Egypt's state television reported. There was no immediate claim of responsibility and the cause of the blast was not yet known. I am an illegal immigrant in UK: How can my stay become legal - whoah a company for illegals - they should be reporting them not helping them. bet the lawyers are all immigrants themselves As you may have noticed, there is seemingly an ever more pressing push by the British government to deal with illegal immigration in the UK. This has resulted in the so-called "hostile environment" that currently exists and has been such a big news story. It is the principal reason that if you are currently in the UK illegally, you will need to try and fix your status as soon as possible.

Erdogan Threatens Europe Just Hours Before The UK Is Attacked - Media Cover-Up On UK Terror Attack, Does This Man Look "Asian" To You? March 22, 2017 By Susan Duclos - All News PipeLine Quite a bit of terror related news has been filtering in over the last few days with the U.S. and the UK banning certain electronic devices from being carried on to flights as an "anti-terrorist" precaution, due to information obtained during the January Yemen raid, which the MSM has consistently implied was a failure after the death of a Navy SEAL during the mission, also claiming the mission garnered no information in their never-ending attacks against President Trump. The U.S. ban is on devices larger than a smartphone, and covers nine airlines out of 10 airports, with the UK ban similar in nature but applied to different airlines, up to 14 of them, banning laptops on inbound direct flights from Turkey, Lebanon, Jordan, Egypt, Tunisia and Saudi Arabia, according to BBC and other news outlets. Canada is now reportedly considering "restrictions" on electronic devices in the cabins of planes.

Tax credits 'turned UK into a honeypot for EU immigrants' The true scale of tax credit benefits for EU migrants to Britain is revealed today – amid warnings that it is turning this country into a ‘honeypot nation’. Figures published last night by the Open Europe think-tank make clear how taxpayers are subsidising low-wage migrant workers. A migrant worker with two children earning the minimum wage sees their basic income of less than £200 a week propped up with an additional £330 in tax credits and other benefits. MPs Keith Vaz and Mark Reckless greet an Eastern European migrant on January 1, the day temporary restrictions were limited First Strike for the NWO - Syria intervention triggered by 'more experienced' generals - McCain call to NWO is Erobus, inversion MSNBC: Sen. John McCain (R-AZ) joins Morning Joe for a wide-ranging discussion on the U.S. missile strike in Syria, why Trump has a chance to reboot with the U.S., Gorsuch and a 'dark day' in the Senate. McCain also called for arming the Free Syrian Army rebels. "Let's all face the facts," McCain said Friday.

Polish migrants living in Britain claiming £21m in child benefits for children left behind Britain's taxpayers are forking out more than £21million a year in child benefit for youngsters living in Poland, official figures reveal. A loophole in EU regulations means migrants from other EU countries who are seeking work in the UK can claim state handouts for children they have left behind in their home countries. The total benefits bill for the Treasury is likely to be closer to £50million a year when other Eastern European countries are included. In addition, ministers refuse to reveal how much more is being paid out in tax credits. Last night, the revelations prompted demands for a shake-up of the rules, with critics complaining of a "Government-sanctioned scam" at a time when millions of British children remain in poverty. Britain's child benefit payments of £941 per year for a first child or £629 per year for younger siblings are far higher than the equivalent paymentsin Eastern European states that are new EU members.

Occult Significance of May Day and the 13 days of April 19th - May 1st There are various occult (hidden) days of significance throughout the calendar year which have special importance. From March 22nd to May 1st is known as the 'season of sacrifice,' which as a period of time when many false flag events have occurred. Related The 40-Day Season of Sacrifice: March (19th or 22nd) to May 1st | Manipulating the Collective Consciousness of Humanity Using Mass Black Magic RitualsAll of this underscores the importance of knowledge. What is hidden can only remain so if we never look. The illusionists trick can only be experienced as real if we do not gain awareness of it. Help others see the truth by sharing it with those who do not know.

Tougher language test - the assessors are liberal women perpeually letting people off - how many are being deported because they fail? ZERO. Public dont know about this, think checks are actually being done as stated The Home Secretary proposed a series of reforms to British citizenship today (Tuesday 2 October). The reforms include tougher English language requirements for people applying for British citizenship and proposals to reform the Life in the UK test to give greater prominence to the British values and principles expected of those wishing to call the UK their permanent home. A public consultation will be brought forward on the Life in the UK test, which is the test an individual is required to take as part of their application for British citizenship or settlement in the UK, and accompanying handbook. The proposals would ensure that the test is more relevant to daily life and culture in the UK. In addition, the level of language proficiency expected for adults seeking to naturalise as British citizens will be raised.