The Map of Physics 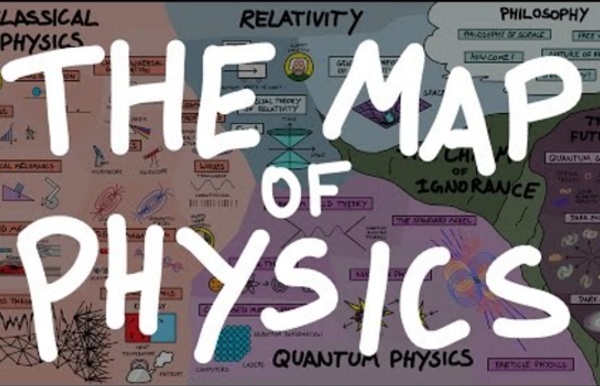 Here’s How America Uses Its Land Using surveys, satellite images and categorizations from various government agencies, the U.S. Department of Agriculture divides the U.S. into six major types of land. The data can’t be pinpointed to a city block—each square on the map represents 250,000 acres of land. But piecing the data together state-by-state can give a general sense of how U.S. land is used. Gathered together, cropland would take up more than a fifth of the 48 contiguous states. Pasture and rangeland would cover most of the Western U.S., and all of the country’s cities and towns would fit neatly in the Northeast. Digital Collections, Available Online Collection Alan Lomax Collection The Alan Lomax Collection includes ethnographic field documentation, materials from Lomax’s various projects, and cross-cultural research created and collected by Alan Lomax and others on traditional song, music, dance, and body movement... Contributor: Association for Cultural Equity - Archive of American Folk Song - Lomax, Alan - American Folklife Center Date: 1933 Collection Items: View 6,612 Items Collection

There is no middle ground for deep disagreements about facts Consider how one should respond to a simple case of disagreement. Frank sees a bird in the garden and believes it’s a finch. Standing beside him, Gita sees the same bird, but she’s confident it’s a sparrow. What response should we expect from Frank and Gita? Native cartography: a bold mapmaking project that challenges Western notions of place Aeon email newsletters are issued by the not-for-profit, registered charity Aeon Media Group Ltd (Australian Business Number 80 612 076 614). This Email Newsletter Privacy Statement pertains to the personally identifying information you voluntarily submit in the form of your email address to receive our email newsletters More generally, when visiting the Aeon site you should refer to our site Privacy Policy here. This Email Newsletter Privacy Statement may change from time to time and was last revised 5 June, 2018.

2nd Grade Students Cover Their Teacher’s Dress In Drawings, And Her Story Takes Over The Internet Sometimes arming a bunch of 8-year-olds with paint and markers doesn’t have to result in a disaster. In fact, it can turn into a beautiful work of art! This is exactly what happened to Haley Curfman, a 2nd-grade teacher in Blackwell, Oklahoma. Haley bought a beautiful white dress, set it up in her classroom and encouraged her students to draw on it. People in higher social class have an exaggerated belief that they are better than others WASHINGTON -- People who see themselves as being in a higher social class may tend to have an exaggerated belief that they are more adept than their equally capable lower-class counterparts, and that overconfidence can often be misinterpreted by others as greater competence in important situations, such as job interviews, according to research published by the American Psychological Association. "Advantages beget advantages. Those who are born in upper-class echelons are likely to remain in the upper class, and high-earning entrepreneurs disproportionately originate from highly educated, well-to-do families," said Peter Belmi, PhD, of the University of Virginia and lead author of the study. "Our research suggests that social class shapes the attitudes that people hold about their abilities and that, in turn, has important implications for how class hierarchies perpetuate from one generation to the next."

How philosophy helped one soldier on the battlefield When I attended the Royal Military Academy Sandhurst in 2002-3, the leadership training was excellent. It included discussion of the British Army’s values and the laws of armed conflict. However, I received no ethics training for the occasions when neither values nor laws would fully prepare me to make complex moral decisions in faraway fields populated by people with very different cultural norms. The then prime minister Tony Blair spoke at our pass-out parade just weeks after the invasion of Iraq. Dignitaries usually stop at every third or fourth person on parade to have a few words. Download 91,000 Historic Maps from the Massive David Rumsey Map Collection Three years ago, we highlighted one of the most comprehensive map collections in existence, the David Rumsey Map Collection, then newly moved to Stanford University. The Rumsey Collection, we wrote then, “contains a seemingly inexhaustible supply of cartographic images”—justifiable hyperbole, considering the amount of time it would take any one person to absorb the over 150,000 physical artifacts Rumsey has amassed in one place. By 2016, Rumsey had made almost half the collection—over 67,000 images—freely available in a digital archive that has been growing since 1996. Each entry features high-resolution scans for specialists (you can download them for free) and more manageable image sizes for enthusiasts; a wealth of data about provenance and historical context; and digital, user-friendly tools that use crowd-sourcing to measure the accuracy of antiquated maps against GPS renderings.

Smile! Could the pandemic lead to happier times? In January 2018, a Yale University professor named Laurie Santos launched a course, Psychology and the Good Life, which quickly became the most popular class in the institution’s 319-year-history. After 13 years at Yale, in 2016, the 44-year-old had taken charge of one of the university’s residential colleges and had become alarmed by widespread mental illness and stress. She wanted to explain the paradox of why so many students were still suffering, having achieved their dreams of being admitted to Yale and having met society’s definition of success. Santos created the lecture series in a bid to teach her students what really mattered – to help them carve out lives of meaning and contentment. Within a few days of the course’s launch, roughly a quarter of Yale’s entire undergraduate population had signed up.

There's A Reason Why You Still Love The Music From Your Teen Years It's probably the latter. Psychologists and neuroscientists have recently determined that musical nostalgia isn't just a cultural phenomenon—it's wired in our brains. Even when your tastes progress past the Backstreet Boys, your brain is stuck on the formative years of your adolescence. The Doomsday Doctrine This week we’re thinking about Nuclear Doomsday. But why worry about a nuclear doomsday now? The Cold War is over. At its height we had thirty thousand warheads pointed at the Soviets, they had forty thousand pointed at us – but we’re each down to a fraction of that. A climate doomsday seems much more likely. For one thing, there are still enough nuclear weapons in each arsenal to incinerate the earth, cause a nuclear winter, and extinguish practically all life on earth.