How to recognize a dystopia - Alex Gendler 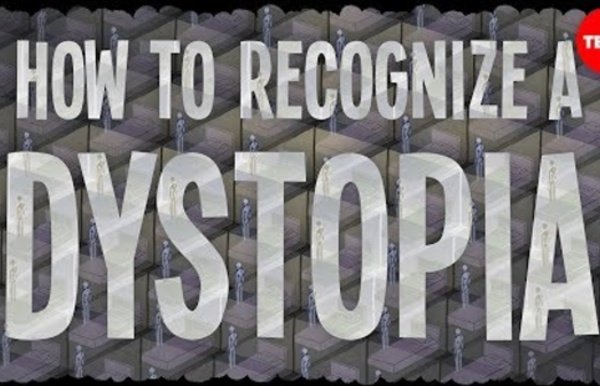 Teaching Students How to Write Commentary for the Literary Analysis Essay — The Bespoke ELA Classroom Writing commentary is undoubtedly the most difficult part of writing any essay. All other parts of the essay are more formulaic in nature. There are standard rules for how to write a thesis statement, a topic sentence, a blended quotation, etc. But when it comes to commenting on evidence, there isn’t one set way to do it. Tomorrow's Cities: Dubai and China roll out urban robots Media playback is unsupported on your device It is a terrifying vision of the future - a robot police officer with dark eyes and no discernible mouth that can identify criminals and collect evidence. The robocop, complete with police hat to give it that eerie uncanny valley feel, was shown off outside the world's tallest tower, Burj Khalifa, in Dubai, last June. But since then what has it done? And is Dubai's love affair with robotics any more than just PR for a country desperate to be at the cutting edge of technology?

Drama Subgenres 01 Dramatic Sub-Genres Ever since Aristotle’s Poetics, one distinguishes at least between two sub-genres of drama: comedy and tragedy (see also Genre in Basic Concepts). While comedy typically aims at entertaining the audience and making it laugh by reassuring them that no disaster will occur and that the outcome of possible conflicts will be positive for the characters involved, tragedy tries to raise the audience’s concern, to confront viewers with serious action and conflicts, which typically end in a catastrophe (usually involving the death of the protagonist and possibly others). Both comedy and tragedy have, in the course of literary history, developed further sub-genres of which the following list provides only an initial overview. Types of Comedy

Our Young-Adult Dystopia Photo I sometimes wonder what Dante or Milton or any of those guys would make of the modern appetite for the young-adult epic. It wasn’t always a lucrative thing, writing grand, sweeping, fantastical stories, you know. It was a job for nose-to-the-grindstone, writing-for-the-ages types, and worldly rewards were low. A Handmaid’s Tale of Protest Silent, heads bowed, the activists in crimson robes and white bonnets have been appearing at demonstrations against gender discrimination and the infringement of reproductive and civil rights. The outfits are inspired by the characters in “The Handmaid’s Tale,” by Margaret Atwood. The 1985 novel, which was made into a series on Hulu this year, tells the story of a religious coup that gives rise to a theocracy called Gilead, where women are stripped of rights and forced to bear children for the society’s elite. Some have drawn comparisons between the show and the current political climate.

theconversation Homer’s Iliad is usually thought of as the first work of European literature, and many would say, the greatest. It tells part of the saga of the city of Troy and the war that took place there. In fact the Iliad takes its name from “Ilios”, an ancient Greek word for “Troy”, situated in what is Turkey today. This story had a central place in Greek mythology. Culture - Film review: Fahrenheit 451: a place where books are burned Imagine a future where books aren’t just banned, they’re burned. That’s the dystopian United States described by Ray Bradbury in Fahrenheit 451, which has been made into a new film directed by Ramin Bahrani. Michael Shannon and Michael B Jordan star as ‘firemen’, who rather than putting out fires, start them, in a war against the written word. But is the new film any good? Watch the video above to hear what BBC Culture’s film critic Nicholas Barber has to say.

Veronica Roth – Divergent (Chapter 1) THERE IS ONE mirror in my house. It is behind a sliding panel in the hallway upstairs. Our faction allows me to stand in front of it on the second day of every third month, the day my mother cuts my hair. I sit on the stool and my mother stands behind me with the scissors, trimming. The strands fall on the floor in a dull, blond ring. ‘Hostile Architecture’: How Public Spaces Keep the Public Out Strips of sharp metal teeth run alongside a low garden wall on East 96th Street. Metal bars divide a public bench on East 47th Street. Ugly bolts line the ledges at a public plaza on East 56th Street. These are all ways of saying “don’t make yourself at home” in public. What Makes a Person: The Seven Layers of Identity in Literature and Life “A person’s identity,” Amin Maalouf wrote as he contemplated what he so poetically called the genes of the soul, “is like a pattern drawn on a tightly stretched parchment. Touch just one part of it, just one allegiance, and the whole person will react, the whole drum will sound.” And yet we are increasingly pressured to parcel ourselves out in various social contexts, lacerating the parchment of our identity in the process. As Courtney Martin observed in her insightful On Being conversation with Parker Palmer and Krista Tippett, “It’s never been more asked of us to show up as only slices of ourselves in different places.” Today, as Whitman’s multitudes no longer compose an inner wholeness but are being wrested out of us fragment by fragment, what does it really mean to be a person? And how many types of personhood do we each contain?

Culture - Why Orwell’s 1984 could be about now Reading 1984, George Orwell’s claustrophobic fable of totalitarianism, is still a shock. First comes the start of recognition: we recognise what he describes. Doublethink (holding two contradictory thoughts at the same time), Newspeak, the Thought Police, the Ministry of Love that deals in pain, despair and annihilates any dissident, the Ministry of Peace that wages war, the novel-writing machines that pump out pornography to buy off the masses: Orwell opened our eyes to how regimes worked. Today it is social media that collects every gesture, purchase, comment we make online Divergent Rate\\ 5, because I really liked this book because it explained the characters good and it was very well written. Plot\\ The plot is that their whole city is divided into factions and they have to choose which one they go to. When Tris finds out that she is Divergent, which means she doesn't fit into any of the factions, she chooses to be Dauntless.