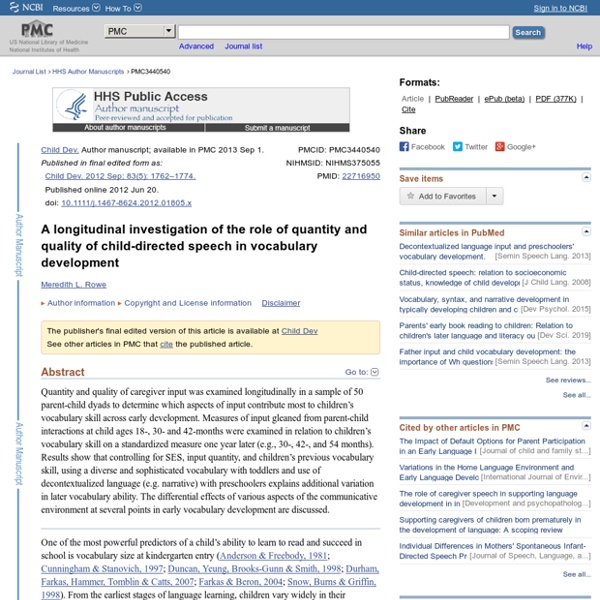 Getting the right balance between adult-led and child-initiated learning As an early years practitioner you will know the importance of creating the right balance between adult-led and child-initiated learning. Help all children learn and develop with this guide. Adult-led activities are based on our own professional understanding of what we should teach young children and what experiences they should have. Through adult-led activities we can introduce children to new ideas, provide opportunities for them to develop their skills and ensure that they experience all areas of learning in the Early Years Foundation Stage (EYFS). During adult-led learning we can feel that we are in control of the teaching we are providing.

IELTS test format explained You will talk to a certified examiner in the IELTS Speaking test. The test is interactive and as close to a real-life situation as a test can get. A variety of accents may be used, and the test will be recorded. The content of the IELTS Speaking test is the same for both the IELTS Academic and IELTS General Training tests. How can parents and teachers best educate young children? What principles can both teachers and parents bring to the education of very young children? Gillian Craig, who was part of the Learning Time with Shaun and Timmy writing team, explains. As teachers and parents, we follow certain principles in our roles. Often though, these principles overlap and all we need to do is recognise and reinforce these areas.

MIT Brain Study: Back-And-Forth Talk Key To Developing Kids' Verbal Skills New MIT research finds that for children's brain development, parents don't just need to talk to their kids — it's important to talk with them, in back-and-forth exchanges. "What we found is, the more often parents engaged in back-and-forth conversation with their child, the stronger was the brain response in the front of the brain to language," said cognitive neuroscience professor John Gabrieli. Story continues below Most Viewed Stories Importance of play for babies & children Australian Government Department of Education and Training (2009). Belonging, being and becoming: The early years learning framework for Australia. Canberra: Commonwealth of Australia. Retrieved 19 June 2019 from

IELTS test format Test format – Academic Writing 60 minutes Topics are of general interest to, and suitable for, test takers entering undergraduate and postgraduate studies or seeking professional registration. There are two tasks: Task 1 - you will be presented with a graph, table, chart or diagram and asked to describe, summarise or explain the information in your own words. You may be asked to describe and explain data, describe the stages of a process, how something works or describe an object or event. The Power (and Peril) of Praising Your Kids What do we make of a boy like Thomas? Thomas (his middle name) is a fifth-grader at the highly competitive P.S. 334, the Anderson School on West 84th. Slim as they get, Thomas recently had his long sandy-blond hair cut short to look like the new James Bond (he took a photo of Daniel Craig to the barber). Unlike Bond, he prefers a uniform of cargo pants and a T-shirt emblazoned with a photo of one of his heroes: Frank Zappa. Thomas hangs out with five friends from the Anderson School.

Primary school shake-up to focus on ‘play-led’ learning Children at primary schools would not study traditional subjects until as late as 10 years of age, under proposals being considered by policymakers. Instead, there would be a much greater emphasis on creative play during the early years of primary school, and broader areas of learning in later years. The reforms are based loosely on some of the features of top-performing education systems in countries such as Finland, as well as new research on how children learn. The proposals, drafted by the National Council for Curriculum and Assessment (NCCA), represent some of the biggest proposed changes to teaching and learning at primary level in more than two decades.

Free IELTS mobile apps Our free IELTS apps allow you to learn English flexibly – wherever you are and whenever you want to prepare. IELTS Prep App The easy-to-use IELTS Prep App gives you instant access to free practice tests, grammar tips, exercises, quizzes and more. You'll also find sample questions for Listening, Reading, Writing and Speaking, as well as vocabulary practice. You can also track your progress to help you understand the IELTS assessment criteria and to build your confidence for the real test.

Schemas in Children’s Play - N a t u r e P l a y Written by Clare CaroSchemas in Children’s Play are such an important concept when it comes to the development of our children that it’s worth taking the time to understand them so you can facilitate them when you see them.What are these schemas?Well it’s really a fancy word for the urges that children have to do things like climb, throw things and hide in small places. They appear through play; perhaps it is the way they choose to do things, or what they desperately need to do out of the blue!