Alan Watts - Why Your Life Is Not A Journey 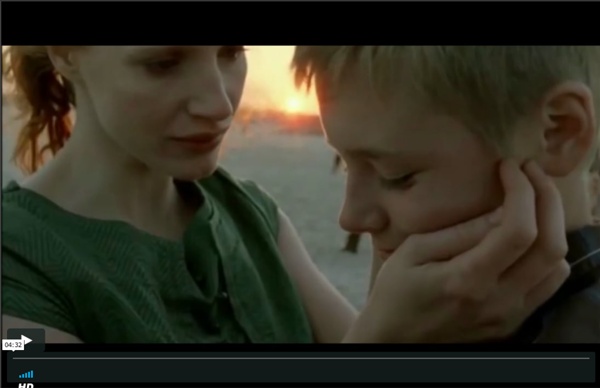 7 Life-Learnings from 7 Years of Brain Pickings, Illustrated By Maria Popova In the fall of 2013, as Brain Pickings was turning seven, I wrote about the seven most important things I learned in those seven years of reading, writing, and living. Much to my surprise and humbling delight, I began receiving a steady outpour of letters from readers, people for whom these notes to myself had struck a deep chord of resonance in their own lives, on their own journeys. Eventually, my friends at Holstee — makers of the beloved Holstee Manifesto — reached out and suggested a creative collaboration that would bring these seven learnings to life in visual form. I’m proud and so very excited to reveal the end result of this collaborative labor of love, months in the making — an 18″x24″ letterpress poster printed on thick, sustainable cotton paper, inspired by vintage children’s book illustration and mid-century graphic design. Read the original article here and grab a print here.

Mapping Australian higher education 2016 | Grattan Institute Mapping Australian higher education 2016 by Andrew Norton Many recent science and information technology graduates are failing to find full-time work at a time when science, technology, engineering and mathematics (STEM) education is a priority for government and industry. Mapping Australian higher education 2016 shows that in 2015, only half of bachelor degree science graduates seeking full-time work had found it four months after completing their degrees, 17 percentage points below the average for all graduates. Among recent science graduates who found full-time jobs, only half say their qualification is required or important for their job – about 20 percentage points below the average. Although job outcomes improve over time, science bachelor degree graduates are less likely than other STEM graduates to work in high-skill managerial or professional jobs. Despite poor employment outcomes, demand for science courses continues to grow. Read the media release Download Report

Hobson's choice A Hobson's choice is a free choice in which only one thing is offered. Because a person may refuse to accept what is offered, the two options are taking it or taking nothing. In other words, one may "take it or leave it". The phrase is said to have originated with Thomas Hobson (1544–1631), a livery stable owner in Cambridge, England, who offered customers the choice of either taking the horse in his stall nearest to the door or taking none at all. Origins[edit] According to a plaque underneath a painting of Hobson donated to Cambridge Guildhall, Hobson had an extensive stable of some 40 horses. Henry Ford is said to have offered the Ford Model T as a Hobson's choice with the famous dictum: "Any customer can have a car in any color as long as it is black An ultimatum game is a form of Hobson's choice. Early appearances in writing[edit] If in this Case there be no other (as the Proverb is) then Hobson's choice...which is, chuse whether you will have this or none. Modern use[edit] Law[edit]

4 Ancient Civilizations, 20 TIMELESS Proverbs To Unlock Higher Levels Of Your Consciousness! Human consciousness constantly evolves. Than, why do ancient civilizations seem to have been wiser than people today? It seems that consciousness evolves both collectively and individually. If a person is preoccupied with mundane tasks, then they will remain circling inside their current state of consciousness no matter if everyone around them elevates their way of thinking. If a person spends time learning, reading and elevating their consciousness it doesn’t mean all people will. So here we gathered 20 HIGHLY conscious proverbs that hold within powerful wisdom. If you really understand EVEN one of these 20 proverbs you’ll catch a glimpse of the real truth: Egyptian: The best and shortest road towards knowledge of truth is Nature. For every joy there is a price to be paid. True teaching is not an accumulation of knowledge; it is an awaking of consciousness which goes through successive stages. Sumerian: A dog which is played with turns into a puppy. Possessions make trust of crucial importance.

Higher Education: Never mind the quality, feel the width. « LUCKY CULTURE Published in The Australian, January 7, 2014 HOW many dreams of Olympic glory have been shattered by the ludicrously restrictive admissions policy of the Australian Institute of Sport? The unmet demand for Australian gold medals at the 2012 Games frustrated the patriotic sporting public, yet millions of coodabeen champions who would have willingly graced that podium were never given a chance. The demand-driven funding model for higher education introduced by the Gillard administration stopped short of including the Australian Sports Commission, where a somewhat unfashionable notion of excellence still prevails. Neither did it include medicine, another field in which the high cost of educating the individual acts as a natural break on supply. For everything else on the curriculum, however, it is to some degree a buyers’ market in which the supply of undergraduate places is theoretically unlimited. The university serves up tempting fare and students line up at the cafeteria of higher learning.

Viktor E. Frankl Quotes (Author of Man's Search for Meaning) “The pessimist resembles a man who observes with fear and sadness that his wall calendar, from which he daily tears a sheet, grows thinner with each passing day. On the other hand, the person who attacks the problems of life actively is like a man who removes each successive leaf from his calendar and files it neatly and carefully away with its predecessors, after first having jotted down a few diary notes on the back. He can reflect with pride and joy on all the richness set down in these notes, on all the life he has already lived to the fullest. What will it matter to him if he notices that he is growing old? Has he any reason to envy the young people whom he sees, or wax nostalgic over his own lost youth? What reasons has he to envy a young person? No, thank you,' he will think.

Ego is the Enemy: The Legend of Genghis Khan In his book, Ego is the Enemy, Ryan Holiday tells the story of Genghis Khan and how his openness to learning was the foundation of his success. The legend of Genghis Khan has echoed through history: A barbarian conqueror, fueled by bloodlust, terrorizing the civilized world. We have him and his Mongol horde traveling across Asia and Europe, insatiable, stopping at nothing to plunder, rape, and kill not just the people who stood in their way, but the cultures they had built. Under Genghis Khan’s direction, the Mongols were as ruthless about stealing and absorbing the best of each culture they encountered as they were about conquest itself. He was the greatest conqueror the world ever knew because he was more open to learning than any other conqueror has ever been. Khan’s first powerful victories came from the reorganization of his military units, splitting his soldiers into groups of ten. It was a habit that would survive his death. This is not a harmless conceit.

Deakin University students kicked out for 'contract cheating' Thirteen students have been expelled from Deakin University for paying a third party to complete their assignments for them. An investigation by the university found that the 13 undergraduate engineering students - including domestic and international students - were kicked out in a breach called "contract cheating". Deputy Vice-Chancellor of Education Professor Beverley Oliver sent a letter to all students at Deakin on Monday afternoon informing them of the breach. She warned that students could lose their place at the university and international students could have their visa revoked if they were caught cheating. The university was taking the "matter extremely seriously", she said. "Our vigilant detection methods led to the recent discovery of students requesting and paying for assignments via contract cheating websites," she said in a statement to the media. "Deakin will continue to address this challenge through rigorous monitoring.

Eudaimonia - Wikipedia Discussion of the links between virtue of character (ethikē aretē) and happiness (eudaimonia) is one of the central concerns of ancient ethics, and a subject of much disagreement. As a result there are many varieties of eudaimonism. Two of the most influential forms are those of Aristotle[3] and the Stoics. Aristotle takes virtue and its exercise to be the most important constituent in eudaimonia but acknowledges also the importance of external goods such as health, wealth, and beauty. Definition[edit] The good composed of all goods; an ability which suffices for living well; perfection in respect of virtue; resources sufficient for a living creature. In his Nicomachean Ethics, (§21; 1095a15–22) Aristotle says that everyone agrees that eudaimonia is the highest good for human beings, but that there is substantial disagreement on what sort of life counts as doing and living well; i.e. eudaimon: As already noted, the Greek word areté is usually translated into English as virtue. Plato[edit]