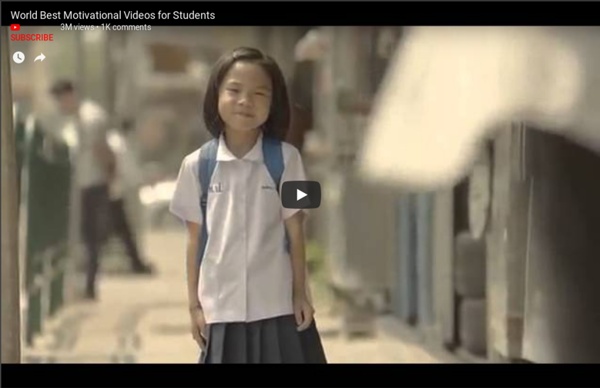 11 Fascinating Facts About ‘Goodnight Moon’ Goodnight Moon, a deceptively simple children’s book that falls somewhere between a going-to-sleep narrative and a lullaby, will turn 68 later this year—and yet it remains one of the most universal cultural references even all these decades later. Here are a few things you might not have known about Margaret Wise Brown's sparse classic. 1. Goodnight Moon's style reflects real childhood semantics. Brown was born in 1910 to moderately wealthy but distant and bickering parents. She and her siblings (an older sister, Roberta, and a younger brother, Benjamin) spent their childhood at various boarding schools, and despite her father's concern that education would be wasted on the girls, all three went to college.

Watch Marvel Director Taika Waititi’s clever new anti-racism PSA. Human Rights Commission (New Zealand) “You may not be in a position to give much to racism, but whatever you feel comfortable giving will make a huge difference,” the director of the upcoming reassures his countrymen and –women. “You don’t have to be a full-on racist—just being a tiny bit racist is enough!” Framing the PSA as a plea to keep racism alive through small contributions is smart, and it’s a good, concise explanation of the way microaggressions can add up to a completely toxic culture. The campaign has a website with more information and a great series of videos modeling proper behavior when a peer tells a racist joke.

Cry, Heart, But Never Break: A Remarkable Illustrated Meditation on Loss and Life “Each day, we wake slightly altered, and the person we were yesterday is dead,” John Updike wrote, “so why … be afraid of death, when death comes all the time?” Half a millennium earlier, Montaigne posed the same question somewhat differently in his magnificent meditation on death and the art of living: “To lament that we shall not be alive a hundred years hence, is the same folly as to be sorry we were not alive a hundred years ago.” Yet mortality continues to petrify us — our own, and perhaps even more so that of our loved ones. And if the adult consciousness is so thoroughly unsettled by the notion of death, despite intellectually recognizing it as a necessary and inevitable part of life, how is the child consciousness to settle into comprehension and comfort? This warmly wistful story begins outside the “small snug house” where four children live with their beloved grandmother. But Death eventually curls his bony hand over the cup to signal that the time has come.

Every day, man plants trees in same spot. 37 years later, his masterpiece takes our breath away The young teenager Jadav “Molai” Payeng decided to help nature out a little bit and started planting trees over thirty years ago. He planted the seeds next to a very and deserted sandbar closely to his birthplace in the Assam region, India. Jadav wanted to create a habitat for wildlife and oppose people who were cutting trees down. Jadav later decided that he would dedicate his life to building his own forest and planting trees. For almost every day for 37 years, the man planted seeds and has successfully built a whole new ecosystem. It’s estimated that the forest now approaches a size of 1,360 acres. Brooklyn Youth Chorus: Teens Speak Up By Singing Out The Brooklyn Youth Chorus performs Silent Voices, a multi-composer work that addresses social concerns articulated by the young singers themselves. Julienne Schaer/Courtesy of the artist hide caption toggle caption

Haircut Prank by Black and White Friends Proves Kids Don't See Color Photo via: Wave 3 News When it was time for Jax, a fun-loving 5-year-old, to get his haircut, he knew exactly what style he wanted—and why. “He said that he wanted his head shaved really short so he could look like his friend Reddy,” Lydia Stith Rosebush, little Jax’s mother, wrote in a Facebook post. “He said he couldn’t wait to go to school on Monday with his hair like Reddy’s so that his teacher wouldn’t be able to tell them apart.”

Sweet Photos of His Sons (2 x) In early 2015, Phillip Haumesser’s wife Natasha gave him a simple request. She wanted him to take more pictures of their children. After all, the two kids were growing up fast—before you know it, they’d be graduating high school. Like many parents, Haumesser and his wife captured special moments on their phones, but she wanted more artistic family photos. So for his birthday, Natasha bought him a camera that could do just that.

Cat Brings Her Kittens to Man Who Helped Her and Gave Her Food - She Won’t Let Him Go. A cat was found with a can stuck on her head behind a (satellite) auto dealership in Eastern Oklahoma. She was confused and meowing for help. A sales person from the dealership freed her from the can but the kitty quickly wandered off. Supplied by Brian Sheppard 2nd Grade Students Cover Their Teacher’s Dress In Drawings, And Her Story Takes Over The Internet Sometimes arming a bunch of 8-year-olds with paint and markers doesn’t have to result in a disaster. In fact, it can turn into a beautiful work of art! This is exactly what happened to Haley Curfman, a 2nd-grade teacher in Blackwell, Oklahoma. Haley bought a beautiful white dress, set it up in her classroom and encouraged her students to draw on it. The only rule she had – children were not allowed to cross out anything.

The Secret Life of Trees: The Astonishing Science of What Trees Feel and How They Communicate Trees dominate the world’s the oldest living organisms. Since the dawn of our species, they have been our silent companions, permeating our most enduring tales and never ceasing to inspire fantastical cosmogonies. Hermann Hesse called them “the most penetrating of preachers.” 31 Quotes That Will Give You Chills I think quotes have a powerful way of conveying an attitude to you which sometimes resonates so much that you feel ‘chills’ inside. Here’s a list of the quotes which have given me the most of these “chills”. Enjoy! Some people die at 25 and aren’t buried until 75.