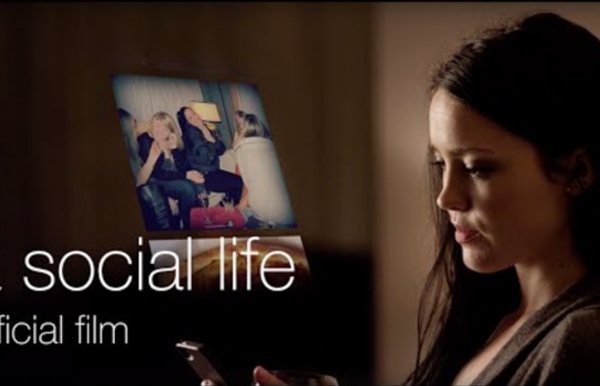 children's books to support conversations on race, racism, and resistance — the conscious kid A lyrical, heart-lifting love letter to Black and Brown children everywhere: reminding them how much they matter, that they have always mattered, and they always will, from powerhouse rising star author Tami Charles and esteemed, award-winning illustrator Bryan Collier. Discover this poignant, timely, and emotionally stirring picture book, an ode to Black and Brown children everywhere that is full of hope, assurance, and love. Tami Charles pens a poetic, lyrical text that is part love letter, part anthem, assuring readers that they always have, and always will, matter.

The Seven Best Short Films for ELT Students - Kieran Donaghy I’ve been writing lesson plans designed around short films for my website Film English for six years. Teachers often ask me how I find the short films I use in my lesson plans. The answer is quite simple: I’ve watched literally thousands of short films and developed an instinct for the type of engaging and simple short films which will work in the ELT classroom. In this article I’d like to share what for me are the seven best short films for the language classroom. The Mirror Arts, Language Arts & Literature - Sudbury Library cloudLibrary™ With cloudLibrary™, you will benefit from an easy-to-use interface that provides an intuitive browsing, downloading, reading, and listening experience. Available 24/7 with automatic returns, no late fees, syncing across multiple devices, and customization features, we're confident that cloudLibrary™ will meet & exceed your expectations. Access the CollectionGet StartedcloudLibrary™ FAQs

Growing number of children groomed to film own sexual abuse Children are being coerced and blackmailed into live-streaming their own sexual abuse from their own homes, researchers have found. The Internet Watch Foundation (IWF), which carried out the study, says that large numbers of victims are white girls apparently from relatively affluent backgrounds, often streaming from their bedroom. Their profile contrasts markedly with that of typical offline abuse victims who are often homeless or poor, it points out. In a three-month period last year, the charity identified 2,082 images and videos of live-streamed child sexual abuse. Of that number, 96% were girls and 98% were children aged 13 and under, with most (69%) assessed to be between 11 and 13. Almost three in 10 (28%) were aged under 10 and the youngest victim was just three years old.

Snapchat's new map feature raises fears of stalking and bullying Snapchat has introduced a map feature that lets users track other people’s location in real time, raising concerns among safety and privacy advocates. Snap Maps, launched this week, plots users and their snaps onto a map so friends and other Snapchatters can see where they are and what they are doing. “We’ve built a whole new way to explore the world! See what’s happening, find your friends, and get inspired to go on an adventure!”

Writing Topics Jump to navigation Read our full response to the COVID-19 crisis and see how Thoughtful Learning is here to help. Writing Topics How do I use writing topics in my classroom? Hide video Teenager who killed Breck Bednar in ‘sadistic’ attack jailed for life A teenager who groomed a 14-year-old boy over the internet before slashing his throat in a “sexual and sadistic” attack has been sentenced to a minimum of 25 years in prison. Computer engineer Lewis Daynes, 19, admitted murdering Breck Bednar after luring him to his flat in Grays, Essex, on 17 February last year. Breck told his parents he was sleeping at a friend’s house near their home in Caterham, Surrey, but secretly travelled to see Daynes after months of talking in an online gaming forum. It was there that Daynes used duct tape to bind his young victim by his wrists and ankles before knifing him in the throat, causing him to die within seconds. Prosecutors said there was evidence of sexual activity between the pair shortly before the killing and that afterwards Daynes sent pictures of Breck’s bloodied body to two of his online friends.

Tricky Lateral Thinking Puzzles Lateral Thinking Puzzles, unlike most puzzles, are inexact. In a sense, they are a hybrid between puzzles and storytelling. In each puzzle, some clues to a scenario are given, but the clues don't tell the full story. Your job is to fill in the details and complete the story. Obviously, there is usually more than one answer to any given puzzle, but, in general, only one solution is truly satisfying.