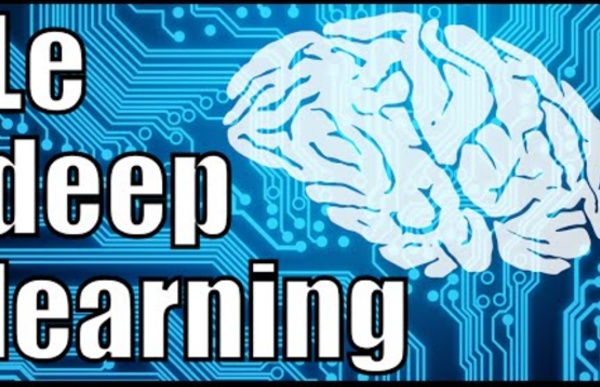 New Website Generates Fake Photos of People Using AI Technology The above photos may look like your average portraits or photo ID pictures, but there’s much more than meets the eye. Using new advances in AI developed by researchers at NVIDIA, software engineer Phillip Wang created the website This Person Does Not Exist. That’s correct—none of the “people” pictured are real. Wang, who posted his work in the Artificial Intelligence & Deep Learning Facebook group, created the website to raise awareness about the technology. “Faces are most salient to our cognition, so I’ve decided to put that specific pre-trained model up,” Wang wrote.

What are you revealing online? Much more than you think What can be guessed about you from your online behavior? Two computer privacy experts — economist Alessandro Acquisti and computer scientist Jennifer Golbeck — on how little we know about how much others know. The best indicator of high intelligence on Facebook is apparently liking a page for curly fries. At least, that’s according to computer scientist Jennifer Golbeck (TED Talk: The curly fry conundrum), whose job is to figure out what we reveal about ourselves through what we say — and don’t say — online. Of course, the lines between online and “real” are increasingly blurred, but as Golbeck and privacy economist Alessandro Acquisti (TED Talk: Why privacy matters) both agree, that’s no reason to stop paying attention.

sans titre About this course: Machine learning is the science of getting computers to act without being explicitly programmed. In the past decade, machine learning has given us self-driving cars, practical speech recognition, effective web search, and a vastly improved understanding of the human genome. Machine learning is so pervasive today that you probably use it dozens of times a day without knowing it. Many researchers also think it is the best way to make progress towards human-level AI. In this class, you will learn about the most effective machine learning techniques, and gain practice implementing them and getting them to work for yourself. More importantly, you'll learn about not only the theoretical underpinnings of learning, but also gain the practical know-how needed to quickly and powerfully apply these techniques to new problems.

wired In a move that could shift the course of multiple technology markets, Google will soon launch a cloud computing service that provides exclusive access to a new kind of artificial-intelligence chip designed by its own engineers. CEO Sundar Pichai revealed the new chip and service this morning in Silicon Valley during his keynote at Google I/O, the company’s annual developer conference. This new processor is a unique creation designed to both train and execute deep neural networks—machine learning systems behind the rapid evolution of everything from image and speech recognition to automated translation to robotics. Google says it will not sell the chip directly to others. Instead, through its new cloud service, set to arrive sometime before the end of the year, any business or developer can build and operate software via the internet that taps into hundreds and perhaps thousands of these processors, all packed into Google data centers.

#1: Minimal working blockchain Overview The basic concept of blockchain is quite simple: a distributed database that maintains a continuously growing list of ordered records. In this chapter we will implement toy version of such blockchain. At the end of the chapter we will have the following basic functionalities of blockchain: In simple words. With real-world examples. Yes, again This is Billy. Billy wants to buy a car. He tries to calculate how much he needs to save monthly for that. He went over dozens of ads on the internet and learned that new cars are around $20,000, used year-old ones are $19,000, 2-year old are $18,000 and so on.

What is REST? REpresentational State Transfer REST, or REpresentational State Transfer, is an architectural style for providing standards between computer systems on the web, making it easier for systems to communicate with each other. REST-compliant systems, often called RESTful systems, are characterized by how they are stateless and separate the concerns of client and server. We will go into what these terms mean and why they are beneficial characteristics for services on the Web. Separation of Client and Server In the REST architectural style, the implementation of the client and the implementation of the server can be done independently without each knowing about the other.

Compteur de population mondiale en temps réel ! World Population: Past, Present, and Future (move and expand the bar at the bottom of the chart to navigate through time) The chart above illustrates how world population has changed throughout history. Art and the blockchain: A call for co-operation – CodexProtocol After six years working in finance in investment banking and later as a fund manager, I spent the last year doing an M.A. in Art Business at Sotheby’s Institute of Art where I researched and wrote about the uses of blockchain technology within the art ecosystem. I worked with many amazing people, many of whom believed that blockchain could make the art world a better place and were keen to contribute to a piece of research which could help effect change. Rather than leaving my work gathering dust on a shelf I have decided to share it openly in a series of posts to be published over the next few months. My aim is to encourage interest, discussion and involvement in using the blockchain in the art ecosystem. I would encourage any readers to comment, ask questions and challenge my thoughts. Please do share my writing or feel free to use parts of it for your own work — please cite me.

From Brueghel to Warhol: AI enters the attribution fray When art thieves broke into a church in northwestern Italy this March, they thought they were stealing a seventeenth-century work by the Flemish painter Pieter Brueghel the Younger. In fact, police in the small Ligurian town of Castelnuovo Magra had been tipped off, and swapped The Crucifixion, valued at €3 million (US$3.3 million), for a cheap copy. In fairness to the gang, a number of Brueghel’s works do look nearly interchangeable.