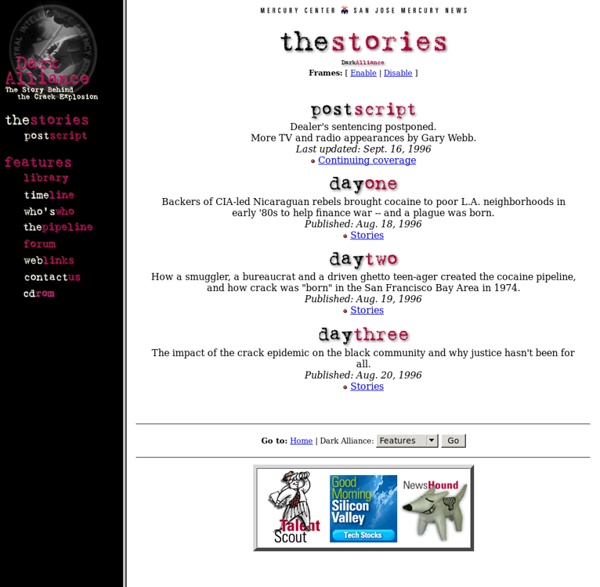 ISIL terrorist leader is CIA agent: Chechen president Chechen President Ramzan Kadyrov says the ISIL terrorist group's leader, Ibrahim Samarrai who is known by the alias Abu Bakr al-Baghdadi, works for the US Central Intelligence Agency (CIA) and is financially supported by western secret services. "Baghdadi should take off his mask and declare loudly and clearly that he is a CIA agent, that he has been recruited,” Kadyrov said on Tuesday, adding, “They (the ISIL militants) are Shaitans (devils) and their sole obsession is to grab as much money as they can lay hands on. They are acting on orders from the West and deliberately exterminating Muslims.” The Chechen leader called on Samarrai to confess to committing atrocities including the massacre of Muslims. “He must openly confess that he is killing his brothers in faith, to apologize to his coreligionists and to disband his gang." Kadyrov further noted that the western secret services have supported the terrorists by all possible means. Close This content has been recommended to you by Yavli.

Managing a Nightmare: How the CIA Watched Over the Destruction of Gary Webb Eighteen years after it was published, “Dark Alliance,” the San Jose Mercury News’s bombshell investigation into links between the cocaine trade, Nicaragua’s Contra rebels, and African American neighborhoods in California, remains one of the most explosive and controversial exposés in American journalism. The 20,000-word series enraged black communities, prompted Congressional hearings, and became one of the first major national security stories in history to blow up online. It also sparked an aggressive backlash from the nation’s most powerful media outlets, which devoted considerable resources to discredit author Gary Webb’s reporting. Their efforts succeeded, costing Webb his career. On December 10, 2004, the journalist was found dead in his apartment, having ended his eight-year downfall with two .38-caliber bullets to the head. These days, Webb is being cast in a more sympathetic light. The charges could hardly be worse. From the subcommittee report:

A People's History of the United States The Note: This great book should really be read by everyone. It is difficult to describe why it so great because it both teaches and inspires. You really just have to read it. We think it is so good that it demands to be as accessible as possible. The disclaimer: This version is made from OCR. February 2009 Addendum: The original version of this report has been deleted from my website. Today, I received a letter by post from a gentleman whose name was mentioned in Tim White's jailhouse letter. This gentleman apprised me that Tim White's comments about him and his family were false and libelous in nature, and he asked me to remove the parts of the letter which mentioned his name. Knowing Tim White to be a name-dropper, a gate-crasher and a G-Man wannabe, I can certainly understand how the fabrications about this individual by Tim White could be damaging. So here is a repost of the report, from which I have deleted Tim White's libelous comments about the person who wrote to me. Lastly, Tim White continues, to this day, with his criminal harassment and the libelous fabrications which he spreads all over the Internet. February 17, 2009 Note: This report contains excerpts from a hardcopy "report" issued and distributed by Doug Millar in 2002. Included are: Barbara Hartwell Percival Headline Stew,

Records show mistakes, questionable evidence in woman's overturned murder case - Tulsa World: Homepage1 See related story: Tulsa woman ruled innocent after 20 years in prison Related Story: Who are the key players in 20-year-old murder case? Editor’s note: This is the first part in a two-part series examining the prosecution and exoneration of Michelle Murphy. Prosecutor Tim Harris stood before jurors deciding Michelle Murphy’s fate and told them police found someone’s blood near her slain baby’s body — blood he implied could be hers. “Ladies and gentleman, beyond a reasonable doubt this woman killed her child,” he told them. What Harris didn’t tell jurors is that as the trial started Nov. 14, 1995, he possessed a report from the Oklahoma State Bureau of Investigation that said Murphy’s blood type was different than the type found at the scene. A Tulsa World investigation shows the state of Oklahoma relied on faulty blood analysis, the dubious testimony of a troubled 14-year-old neighbor and an unrecorded, incriminating statement to convict Murphy. Lingering questions Incriminating Cook: “OK.

Zero Dark Thirty, the CIA and film critics have a very bad evening | Glenn Greenwald Just a few months ago, the consensus of the establishment press and the nation's (shockingly large) community of film critics was that Zero Dark Thirty was the best film of the year and the clear (and well-deserved) front-runner to win the most significant Academy Awards. "OK, folks, you can plan something else for Oscar Night 2013 . . . . Zero Dark Thirty will win Best Picture and Best Director (Kathryn Bigelow)," pronounced Time Magazine's Richard Corliss. "'Zero Dark Thirty' and Kathryn Bigelow won major critics' prizes on Sunday, confirming the Osama bin Laden manhunt thriller as an Oscar frontrunner," said Entertainment Weekly. But then political writers had begun to notice what film critics either failed to detect or just wilfully ignored. The first sign that this fallout was harming the film was when its director, Bigelow, was not even nominated for Best Director. This is a rare case of some justice being done.

Handcuffed Black Youth Shot Himself to Death, Says Coroner A coroner’s report obtained exclusively by NBC News directly contradicts the police version of how a 22-year-old black man died in the back seat of a Louisiana police cruiser earlier this year -- but still says the man, whose hands were cuffed behind his back, shot himself. In a press release issued March 3, the day he died, the Louisiana State Police said Victor White III apparently shot himself in an Iberia Parish police car. According to the police statement, White had his hands cuffed behind his back when he shot himself in the back. But according to the full final report of the Iberia Parish coroner, which was released nearly six months later and obtained exclusively by NBC News, White was shot in the front, not the back. And yet, despite the contradictions – and even though White’s hands were never tested for gunpowder residue – the Iberia Parish coroner still supported the central contention of the initial police statement issued back in March. White’s father doesn’t believe it.

ISIS Domestic Terror Threat Created by CIA and U.S. Military Eli Lake, writing for The Daily Beast, in other words Newsweek, warns that Americans fighting in Syria may soon return home and pose a serious terror threat. “The problem, U.S. counter-terrorism and intelligence officials tell The Daily Beast, is that there are just so many jihadists with Western passports traveling to fight in Syria that they worry some of them may slip back into the United States without being detected,” Lake writes. He then quotes Matthew Olsen, the director of the National Counter-Terrorism Center, who told the Senate Foreign Relations Committee in March hundreds of terrorists have Western passports and they “could return to their home countries to commit violence on their own initiative or participate in al Qaeda-directed plots.” CIA’s Saudi Visa Mill Prior to the September 11, 2001, attack the CIA arranged passports and visas for veterans of its covert war in Afghanistan. Springman talked about this CIA terrorist visa factory with Alex Jones in February, 2010:

Ex-Pentagon Janitor Writes Tell-All Book Roasting Leon Panetta WASHINGTON, D.C. — A former Pentagon janitorial supervisor has become the latest D.C. insider to criticize his former boss with the release of an explosive tell-all book highlighting a Defense Department he characterized as having a lack of leadership and inability to function in a high-stakes foreign policy environment, Duffel Blog has learned. The book “Worthy Spills” by Jesus Lopez is set to be released next week, detailing former Defense Secretary Leon Panetta’s eating habits, his secretary’s domestic snacking issue, and even includes a a highly-critical anecdote claiming that Panetta spilled coffee all over the floor during the mission to eliminate Osama bin Laden, and he didn’t even put down so much as a napkin to mop some of it up. Critics have already slammed Lopez for what many believe is a blatant attempt to make money off his political patron as soon as the threat of being fired was removed. It was about three in the morning.

BRUCE FEIN: It's time to abolish the CIA The CIA should be abolished. After a trial run of 67 years, the agency has proven a sorcerer’s apprentice. The director and his subordinates have became insufferably arrogant Platonic Guardians hiding behind secrecy in the belief that the rest of us are too stupid or naive to judge what risks to accept to preserve liberty and the rule of law. The CIA has made Americans less safe. Its incorrigible anti-democratic ethos was epitomized by legendary chief of counterintelligence James J. The CIA will never accept that it works for we the people and our representatives in Congress; and, that the United States Constitution and laws govern everything the CIA does. The CIA is unAmerican. President Harry Truman, father of the CIA in 1947, came to regret his offspring. Aside from its scorn for the law and government by the consent of the governed, the CIA has proven detrimental to the national security through its actions and intelligence failures. Story Continues →

The Laramie Projection I thought I was done writing about the complexity of Matthew Shepard’s murder. Last year Steve Jimenez published The Book of Matt, the bracing result of a decade-plus investigation, which should have rescued the case and its protagonists forever from caricature. Instead, the book’s enemies (notably the Matthew Shepard Foundation and allies who benefit from the story of a guileless good boy killed because he was gay) have hewed to the hate crime line, while some of the book’s friends (notably figures in Laramie, Wyoming, and rightists quick to dismiss homophobia) have replaced one formula with another: the killing was nothing but a drug-fueled robbery gone bad. Jimenez’s work deserves better, as does the memory of Matthew Shepard. Fifteen years ago Harper’s sent me to Laramie, where Shepard had been tied to a fence, bludgeoned beyond recognition and left to die on October 6, 1998. I was interested in the world of his killers, Aaron McKinney and Russell Henderson. Laramie.