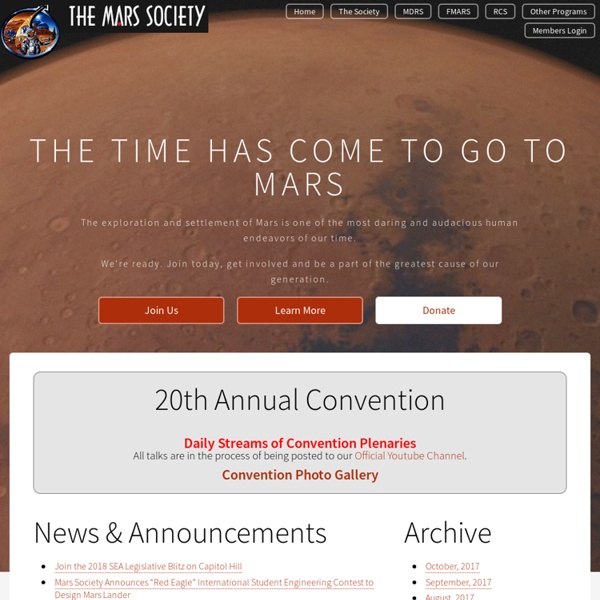 How to Achieve Targets and Goals - Scientology Handbook Planning for the Future How does one get things done? How does one make a dream a reality or carry a plan through to completion? Sweepstakes - Wikipedia Sweepstakes are a type of contest where a prize or prizes may be awarded to a winner or winners.[1] Sweepstakes began as a form of lottery that were tied to products sold.[2] In response, the FCC and FTC refined U.S. broadcasting laws (creating the anti-lottery laws).[3] Under these laws sweepstakes became strictly "No Purchase Necessary to Enter or Win", especially since many sweepstakes companies skirted the law by stating only "No Purchase Necessary to Enter",[4] removing the consideration (one of the three legally required elements of gambling)[5] to stop abuse of sweepstakes.[5] Today, sweepstakes in the USA are used as marketing promotions to reward existing consumers, and to draw attention to a product.[2] By definition, the winner is determined by luck rather than skill.[6] Marketing[edit] Sweepstakes with large grand prizes tend to attract more entries regardless of the odds of winning. Therefore, the value of smaller prizes usually total much less than that of the top prize.

The Case for Space: How the Revolution in Spaceflight Opens Up a Future of Limitless Possibility Robert Zubrin tells the amazing true story of how hard-driving entrepreneurial ventures such as SpaceX and Blue Origin have accomplished what was previously thought of only as a capability of major-power governments: space exploration. He contends that private-sector competition will bring down the cost of space launches and in-space technology and shows how those trends are already underway. Zubrin’s book lays out a compelling vision for the future of humanity in space. As space exploration increasingly becomes the domain of private companies and private citizens, humanity may be on the verge of a revolution in spaceflight that could open up a future of limitless possibility. Please join us to hear Zubrin’s presentation and comments by Berin Szóka.

Early American currency - Wikipedia Early American currency went through several stages of development in colonial and post-Revolutionary history of the United States. Because few coins were minted in the thirteen colonies that became the United States in 1776, foreign coins like the Spanish dollar were widely circulated. Colonial governments sometimes issued paper money to facilitate economic activity. The British Parliament passed Currency Acts in 1751, 1764, and 1773 that regulated colonial paper money. Colonial currency[edit] There were three general types of money in the colonies of British America: specie (coins), paper money and commodity money.[1] Commodity money was used when cash (coins and paper money) was scarce.

Framework: Collaborative Economy Honeycomb Above: Version 1.1 of the Collaborative Economy Honeycomb Added new Airbnb logo Understand the Collaborative Economy market in one, single image. Please share widely, with attribution, non-commercially: Click image to see JPG version 3,600 X 2,250 Government bond The terms on which a government can sell bonds depend on how creditworthy the market considers it to be. International credit rating agencies will provide ratings for the bonds, but market participants will make up their own minds about this. History[edit] The first general government bonds were issued in the Netherlands in 1517. Mondragon Corporation Mondragon cooperatives operate in accordance with Statement on the Co-operative Identity maintained by the International Co-operative Alliance. History[edit] The determining factor in the creation of the Mondragon system was the arrival in 1941 of a young Catholic priest José María Arizmendiarrieta in Mondragón, a town with a population of 7,000 that had not yet recovered from the Spanish Civil War: poverty, hunger, exile and tension.[2] In 1943, Arizmendiarrieta established a technical college that became a training ground for generations of managers, engineers and skilled labour for local companies, and primarily for the co-operatives.[3] Before creating the first co-operative, Arizmendiarrieta spent a number of years educating young people about a form of humanism based on solidarity and participation, in harmony with Catholic Social Teaching, and the importance of acquiring the necessary technical knowledge.

Bond (finance) In contrast, government bonds are usually issued in an auction. In some cases both members of the public and banks may bid for bonds. In other cases only market makers may bid for bonds. The overall rate of return on the bond depends on both the terms of the bond and the price paid.[4] The terms of the bond, such as the coupon, are fixed in advance and the price is determined by the market. In the case of an underwritten bond, the underwriters will charge a fee for underwriting. An alternative process for bond issuance, which is commonly used for smaller issues and avoids this cost, is the private placement bond.

Railroad Bonds website watertownhistory.org ebook History of Watertown, Wisconsin Railroad Bonds One of the most dramatic incidents in the history of Watertown is the story of the railway bond issues. Financing railroads In November 1879, private banking firm Drexel, Morgan & Co. successfully sold a block of William Vanderbilt's New York Central Railroad stock when he decided to liquidate his inheritance from his father, Cornelius Vanderbilt. In November 1879, the merchant banking partnership of Drexel, Morgan & Co. gained prominence by selling stock in William Vanderbilt’s New York Central Railroad company without driving down the share price. The deal, which involved the largest block of stock ever publicly offered at that time, emphasized Morgan’s strength as a mobilizer of capital and wholesaler of securities.

Space Mining Projects Raise Legal Questions GOLDEN, Colo. – Private groups are shaping business plans to tap into the resource-rich environs of outer space. Early celestial targets with commercial cross hairs on them are the moon, as well as asteroids. While the financial backing, technology and entrepreneurial spirit to mine asteroids and other space targets is jelling, yet to be grappled with is a mix of thorny issues, such as property and mineral rights, ownership and possession, international treaties, as well as the big "C" — not for Cosmos, but for Capitalism. It’s true that in space nobody can hear you scream, but it's also assured that the voices from legal eagles will be soundly heard. A Space Resources Roundtable that convened here in June brought together experts to address off-Earth resources, private development and the legal issues ahead. The conference was convened by the Planetary and Terrestrial Mining Sciences Symposium, in collaboration with Colorado School of Mines and the Lunar and Planetary Institute.