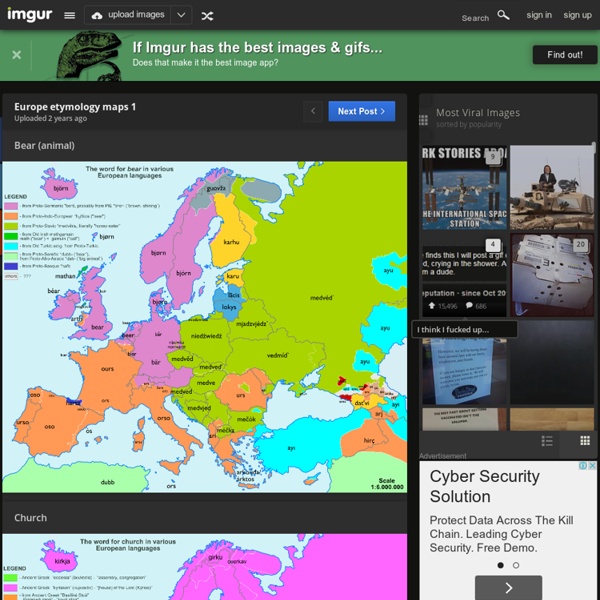 The Map Of Native American Tribes - kplu Finding an address on a map can be taken for granted in the age of GPS and smartphones. But centuries of forced relocation, disease and genocide have made it difficult to find where many Native American tribes once lived. Aaron Carapella, a self-taught mapmaker in Warner, Okla., has pinpointed the locations and original names of hundreds of American Indian nations before their first contact with Europeans. As a teenager, Carapella says he could never get his hands on a continental U.S. map like this, depicting more than 600 tribes — many now forgotten and lost to history. The weirdest languages We’re in the business of natural language processing with lots of different languages. In the last six months, we’ve worked on (big breath): English, Portuguese (Brazilian and from Portugal), Spanish, Italian, French, Russian, German, Turkish, Arabic, Japanese, Greek, Mandarin Chinese, Persian, Polish, Dutch, Swedish, Serbian, Romanian, Korean, Hungarian, Bulgarian, Hindi, Croatian, Czech, Ukrainian, Finnish, Hebrew, Urdu, Catalan, Slovak, Indonesian, Malay, Vietnamese, Bengali, Thai, and a bit on Latvian, Estonian, Lithuanian, Kurdish, Yoruba, Amharic, Zulu, Hausa, Kazakh, Sindhi, Punjabi, Tagalog, Cebuano, Danish, and Navajo. Natural language processing (NLP) is about finding patterns in language—for example, taking heaps of unstructured text and automatically pulling out its structure.

40 maps that explain the world By Max Fisher By Max Fisher August 12, 2013 Maps can be a remarkably powerful tool for understanding the world and how it works, but they show only what you ask them to. So when we saw a post sweeping the Web titled "40 maps they didn't teach you in school," one of which happens to be a WorldViews original, I thought we might be able to contribute our own collection. Some of these are pretty nerdy, but I think they're no less fascinating and easily understandable. Writing Against the Clock: 5 Tips For Writing When You Have No Time Before I had my son, I often felt like I was just a child pretending to be an adult. I would pay the mortgage, do my job, clean the house—but I never really felt like an authentic grown-up. However, becoming a mother has changed everything. Another human being depends on me completely.

Duke University Slavic Centers : Reference Grammars This set of reference grammars has been designed for advanced-level language users and linguists to compare semantic categories across languages. Each grammar also provides background information about the language and its speakers. In some cases the author has included a topic which provides greater illumination of the language (e.g. tongue twisters, slang/profanity, or a set of exemplary texts).

Top 25 Informative Maps That Teach Us Something Uniquely Different About the World Population of Southeast Asia Compared to the Rest of the World Maps can be great guides for more than just finding routes for traveling. They often provide insight on the rest of the world. Taking a look at certain maps can be incredibly informative, especially when comparing the standing of countries in relation to one another. In fact, many passionate cartographers take pride in creating maps that present relevant knowledge through a visual medium. Whether they're on topics concerning population density, educational level, or even a gauge of internet usage across the world, each serves a purpose of sharing data to enlighten minds.

Humans Who Read Grammars: A Global Tree of Languages I find this tree exciting because geographical patterns emerge purely out of comparing lists of words in different languages. The four lists of words below, for example, do not seem to have much in common, but somehow the algorithm manages to correctly place A and B in Papua New Guinea, and C and D in South America. (The languages are Yabiyufa, Dubu, Nadeb and Kukua). I: nemo no u*h we*b one: makoko k3rowali SEt bik

The 5 Hardest Languages for English Speakers and Why You Want to Learn Them Want to feel smart? Learn a second language. Want to feel even smarter? Learn one of the five hardest languages for English speakers. Learning any language to fluency is a major undertaking, but you’ll find that some languages take more time than others. What is a Glossika triangulation package? Over the last couple months (end of 2016) we've received a large number of orders for just triangulation packages. And in some very strange combinations. Unless you are Ariel Diaz (a hyperglot power user), I cannot imagine you buying English > Armenian > Hakka > Swahili > Thai (all from completely different language families). I don't know how you can process an audio file that goes through all of these languages at the same time (which is how we build these products).

The Obsessively Detailed Map of American Literature's Most Epic Road Trips The above map is the result of a painstaking and admittedly quixotic effort to catalog the country as it has been described in the American road-tripping literature. It includes every place-name reference in 12 books about cross-country travel, from Mark Twain’s Roughing It (1872) to Cheryl Strayed’s Wild (2012), and maps the authors’ routes on top of one another. You can track an individual writer’s descriptions of the landscape as they traveled across it, or you can zoom in to see how different authors have written about the same place at different times. Most interestingly of all, for me at least, you can ruminate about what those differences say about American travel, American writing, American history. A word to close readers: I hand-typed most of these 1,500-plus entries and located their coordinates as best I could. Some were difficult to track down.

A Map of Languages Locallingual is an interactive map of languages and dialects around the world. You can click on the map to read the language(s) spoken within a country, province, state, or city. You can then click on the listed language(s) to hear words and phrases spoken by people who live in that area. It's a neat way to discover the differences in how a language is spoken from one region to the next. Applications for EducationLocallingual is a crowd-sourced project which means there are audio contributions from all kinds of people.