Why Ireland split into the Republic of Ireland & Northern ... 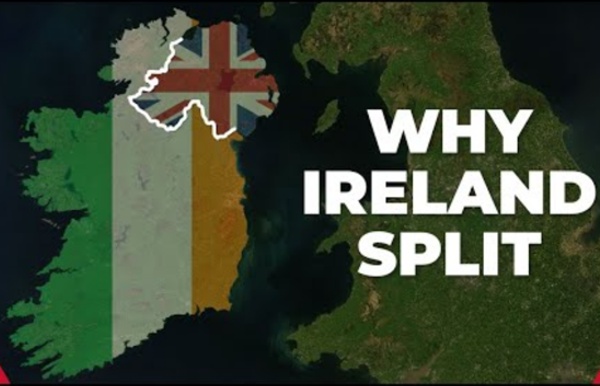 Northern Ireland's Street Art Transcript Belfast is a lively and exciting city known for its music, nightlife and university. But it was once famous for something which made headlines around the world. Years of conflict known as the Troubles left thousands dead. One community, who are mostly Protestant Christians, wanted Northern Ireland to remain part of the United Kingdom. Celtic Language - Irish Gaelic, Scottish Gaelic and Welsh The first thing to point out is that there really isn’t one Celtic language. There are in fact a number of them. The languages that we refer to today as being of Celtic origin are Irish Gaelic, Scottish Gaelic, Manx, Welsh, Breton and Cornish. These six languages are known as the Insular Celtic languages because they originated in what are known as the British Isles. These 6 living languages of ancient Celtic origin form one branch of the Indo-European family tree and share sounds from other European and Eastern language groups including the languages of Greece and Rome, the Middle East and Germanic and Slavic tongues.

12 traditional Welsh foods you must try Welsh recipes stem from a history of stoic people who lived off the land and what was available at the time. The food was designed to fuel the hard working locals with simple dishes with good quality ingredients. The local resources have deeply shaped the culinary history of Wales, which has evolved into traditional dishes that are testament to the history of the land and the people.

British Council Transcript Nick: This is London, and behind me are the Houses of Parliament. Parts of these buildings are more than nine hundred years old. Learn Some Basic Scottish Gaelic Scottish Gaelic Alphabet English speakers will note that although most of the Scottish Gaelic alphabet is the same as English, there are only 18 letters in the Gaelic alphabet though accents and lenition make maker it seem as though there are more. Below is some basic Gaelic to help get you started. The vowels a, e, i, o and u The consonants b, c, d, f, g, h, l, m, n, p, r, s and t You may have noticed that some of the letters that make up your name are not part of the Gaelic alphabet.

Top 10 foods to try in Scotland Travellers are advised to read the FCO travel advice at gov.uk/foreign-travel-advice for the country they are travelling to. Whether you’re exploring picturesque lochs, rolling hills of heather or the bustling inner cities, make sure you take time to dine on Scotland’s very best food and drink. Try traditional haggis with neeps and tatties or sip a refreshing G&T from a brand-new distillery. Top Scottish chef Tom Kitchin, founder of Edinburgh’s The Kitchin, has compiled a list of his top 10 absolute must-try Scottish delicacies.

Easter Rising: Centenary parade takes place in Dublin Hundreds of thousands of people have lined the streets of Dublin where a parade has marked the 100th anniversary of the 1916 Easter Rising. The military parade was the largest ever staged in the Republic of Ireland, and featured a fly-past over the city centre by the Irish Air Corps. Image copyright Getty Images The 1916 rebellion was an attempt to overthrow British rule in Ireland. Celtic Holidays and Festivals The information on these pages are a collection of both authentic Celtic holidays and their modern translation. Tradition holds that each holiday is celebrated from sunset on the day before the actual holiday to sunset on the day following the actual holiday, thusly three days centering around that holiday. Click to see large version

How a failed rebellion changed the world: The Easter Rising’s strange centennial Everything about the Easter Rising of 1916 is controversial, including when to celebrate its centennial. By longstanding tradition, the anniversary of the doomed rebellion that ultimately led to the creation of an independent Irish state is celebrated on Easter Monday, the day picked by the insurgents for the most overtly Catholic revolt in the long history of Irish-British discord. So the centennial observation of the Rising happened in Dublin last week, complete with speeches, parades, wreath-laying ceremonies and the kinds of Irish sectarian disputes that are nearly impossible to explain to outsiders. (A small group of protesters described as “dissident republicans” — essentially a fragment of a fragment of the old IRA — were angry that the observance encompassed not just the Irish martyrs of the Rising but also the British soldiers who died in suppressing it.) As a historical matter, however, that’s complete nonsense.