What would happen if you didn’t sleep? - Claudia Aguirre 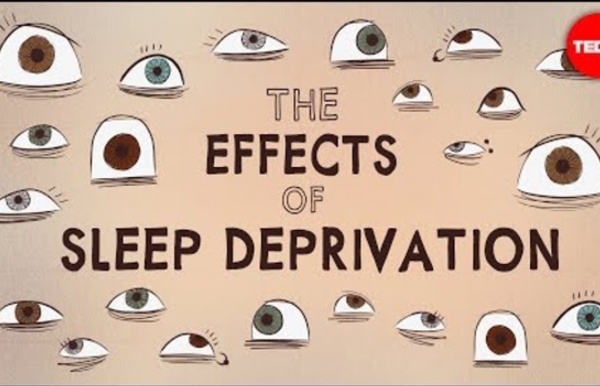 Hormonal `alarm clock' is the key to waking on time SCIENTISTS HAVE discovered that the body has an internal "alarm clock" which can be "set" before people go to sleep. The discovery shows that waking up from a night's sleep can be consciously controlled so individuals can force themselves out of bed if they really have to. A study of a group of healthy volunteers has shown that the body's alarm clock begins to alert sleepers to the anticipated waking-up time about an hour beforehand. Rising levels of adrenocorticotropin, a hormone released during the day to deal with stress, start to prepare sleepers for the biological wake- up call, according to Jan Born, professor of neuroendocrinology at the University of Lubeck in Germany.

Peer pressure Peer groups – the positives Peer groups are groups of friends who are all about the same age. Having a group of friends is an important part of being a teenager. Kissing, explained Humor, political cartoons, and graphic journalism from The Highlight, Vox’s home for features and longform journalism. Xulin Wang is an award-winning illustrator and comic artist raised in Alberta and based in Toronto. Through her work, she tells personal, informative, and socially conscious stories. Inspiration for lede art from Buzzfeed’s Boldly video and photographer Sarah Karlan.

Proposal for Living and Dying Well on a Warming Planet December 17, 2018 In thirty years the world may be unrecognizable to those of us born in the twentieth century. I’m thirty now, and according to a report issued in October by the Intergovernmental Panel on Climate Change, I will likely experience the effects of worsening food shortages, wildfires, coastal flooding, and the mass die-off of coral reefs as soon as my fifties, even as I live in the privileged industrialized west. Key word: worsening. Mental health animation toolkit for teachers and schools We use necessary cookies to make our site work. We’d also like to set optional analytics to help us improve it. We won’t set optional cookies unless you enable them.

Eat yourself to sleep: the foods that can help get a good night’s rest Ahead of World Sleep Day next week – an awareness-raising exercise that should surely be renamed World Sleep Night – there has been increased focus on how much sleep we should be getting (more than we probably are) and how to get it. The event has prompted the strange claim that eating two kiwi fruits before bed leads to better kip – the result of a 2011 study at the Taipei Medical University – to resurface. However, the study was also “supported” by the world’s largest marketer of kiwi fruit, and had just 24 participants. Kiwis do have high levels of serotonin, which is critical to sleep – but what other foods could help? Poultry and nuts Turkey and chicken contain high levels of tryptophan, which also boosts serotonin.

Multicultural youth optimistic but still face discrimination, census reveals Young Australians from refugee and migrant backgrounds still experience discrimination but are optimistic about their futures, according to a new nationwide study. The Multicultural Youth Australia Census was conducted by researchers from the University of Melbourne’s Youth Research Centre in September and October 2017. The survey of almost 2,000 people aged between 15 and 25 found Australia's young multicultural cohort have an overwhelming sense of optimism, with 87 per cent saying they're confident they can reach their goals. RMIT university student William Ton, who has Vietnamese heritage, said he feels "positive about his future". “I’m one of the lucky ones because there’s so much opportunity for me, so many options, so many pathways," he told SBS News.

Amy Orben: ‘To talk about smartphones affecting the brain is a slippery slope’ Amy Orben is a research fellow at Emmanuel College and the MRC Cognition and Brain Sciences Unit at the University of Cambridge. She works in the field of experimental psychology and her speciality is analysing large-scale datasets to determine how social media and the use of digital technology affect the wellbeing of teenagers. Her latest paper, co-written with Prof Andrew Przybylski, looks at teenage sleep and technology engagement. In recent years there has been a great deal of speculation about the possible harmful effects of digital technology, particularly smartphones, on mental health, the ability to concentrate, and sleep patterns.

On My Mind We use necessary cookies to make our site work. We’d also like to set optional analytics to help us improve it. We won’t set optional cookies unless you enable them. Using this tool will set a cookie on your device to remember your preferences. For more detailed information about the cookies we use, see our Cookies page Teenagers and sleep - Family Lives Understanding your teen's body clock "My son David almost missed one of his GCSE’s this summer because he just can't get out of bed in the mornings," says 38 year old Ellen, from Huddersfield. "I have to leave the house at 7.30 and then I'm worrying the whole time, phoning him every 10 minutes to try and make sure he gets up on time for school. But he’s been late several times because he just can’t wake up."

How social media changed Australian youth culture – The Digital Age Teenagers have a bad reputation for being moody, lazy, ungrateful and spoiled. The teenage era is remembered by many of us Baby Boomers, Gen X-ers or early Gen Y-ers as a hazy period of self-doubt, experimentation, rebellion, bad haircuts and truly cringe-worthy fashion experiments. Puberty, bullying and confrontation with peers and parents are just some of the dramatic side effects of entering the 13 to 19-year-old bracket, with societal pressures after high school only exacerbating the whole concept of ‘growing up’ for young people. But since the advent of social media, things have changed in a dramatic way for teenagers – in both good and bad ways. With the internet in their pocket, a litany of ‘followers’, unmanageable numbers of virtual friends and with access to pretty much every platform, resource and community in the world, a millennium teenager is subject an entirely different host of influences than a child of the 80s was.

Panicking About Your Kids’ Phones? New Research Says Don’t SAN FRANCISCO — It has become common wisdom that too much time spent on smartphones and social media is responsible for a recent spike in anxiety, depression and other mental health problems, especially among teenagers. But a growing number of academic researchers have produced studies that suggest the common wisdom is wrong. The latest research, published on Friday by two psychology professors, combs through about 40 studies that have examined the link between social media use and both depression and anxiety among adolescents. That link, according to the professors, is small and inconsistent.