HOW IT WORKS: The International Space Station (1080p, 60fps) 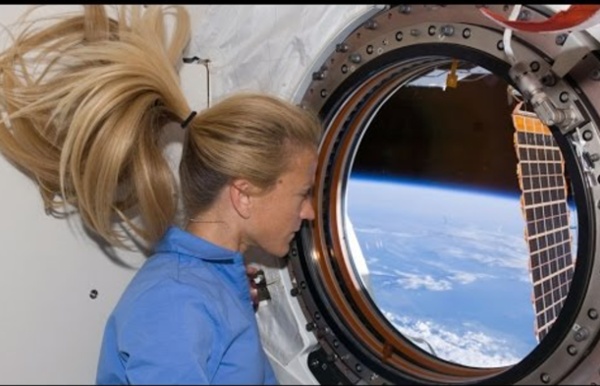 Boeing may have used a lobbying firm to plant an op-ed slamming SpaceX Boeing, the 102-year-old titan of the aerospace industry, is in a heated competition with SpaceX, Elon Musk's rocket company, for billions of dollars in NASA contracts. As Boeing is seeking to secure that taxpayer funding — and the prestige of launching astronauts into space — the company might be secretly placing an opinion article that criticizes SpaceX in newspapers around the US. Both companies are trying to show NASA they can safely launch the agency's astronauts to and from the International Space Station as part of NASA's Commercial Crew Program, a roughly $8 billion competition the agency launched to spur private companies to build safe, cost-effective, American-made spaceships.

mars by 2033 A Mandate For Humanity Both chambers of Congress just passed the NASA Authorization Act of 2017. With this transformative development, the space agency got a lot more than just $19.508 billion in funding. They also got a very clear mandate: Get humanity to Mars. Escape velocity In physics (specifically, celestial mechanics), escape velocity is the minimum speed needed for a free object to escape from the gravitational influence of a massive body. It is slower the further away from the body an object is, and slower for less massive bodies. The escape velocity from Earth is about 11.186 km/s (6.951 mi/s; 40,270 km/h; 36,700 ft/s; 25,020 mph; 21,744 kn)[1] at the surface. More generally, escape velocity is the speed at which the sum of an object's kinetic energy and its gravitational potential energy is equal to zero;[nb 1] an object which has achieved escape velocity is neither on the surface, nor in a closed orbit (of any radius). With escape velocity in a direction pointing away from the ground of a massive body, the object will move away from the body, slowing forever and approaching, but never reaching, zero speed.

SpaceX breaks record for commercial orbital rocket launches in a year This has been SpaceX's most incredible year yet for launching rockets. In 2018, Elon Musk's aerospace company achieved 20 successful launches. Those missions sent dozens of payloads into orbit, debuted two experimental Starlink internet satellites, and even shot a car past the orbit of Mars. Space submarines will allow us to explore the seas of icy moons One of the most profound and exciting breakthroughs in planetary science in the last two decades has been the discovery of liquid methane lakes on the surface of Saturn’s largest moon Titan, and liquid oceans under the icy surfaces of many of the giant gas planets’ other moons. Thrillingly, these some of these “waters” may actually harbour life. Unfortunately, we don’t know much about them. Probes such as Juno and Cassini can only get so close.

Apollo 17 in Real-time A real-time interactive journey through the Apollo 17 mission. "When I left the Moon and started up the ladder, I was really at a loss. I didn’t want to leave and I looked down at my last footsteps and realised I wasn’t coming this way again. Looking back over my shoulder at the Earth had a particular significance to me – it was alive, it was moving, with purpose and beauty through space and time. Thank You, Houston: Unsung Heroes Star in New 'Mission Control' Doc A riveting new documentary about NASA's journey to the moon pays tribute to the many behind-the-scenes heroes of the Apollo program. "Mission Control: The Unsung Heroes of Apollo," which hits movie theaters today (April 14), tells the story of the men whose strenuous work put the first astronauts on the moon and launched a new era of human spaceflight. Along with plenty of archival NASA videos and photos, the documentary features several of the original flight-control staff who worked in the Manned Spacecraft Center (later renamed the Christopher C. Kraft Jr. Mission Control Center) at the Johnson Space Center in Houston during the 1960s and 1970s. Unlike the stars of the movie "Hidden Figures," the "unsung" figures in this documentary are all Caucasian men.

Artist paints self-portrait while on different drug every day, gets brain damage Bryan Lewis Saunders In March 1995, artist Bryan Lewis Saunders began creating at least one self-portrait of himself every day. Born in Washington D.C. but living on and off in Tennessee, in 2000 he set out to look for "experiences that might profoundly affect my perception of self" — and he came up with an experiment titled "Under The Influence" that did just that.

X's Raptor Engine Hits Power Level for Starship Launches, Elon Musk Says A test fire of SpaceX's newest engine reached the power level necessary for the company's next round of rocket designs, CEO Elon Musk said on Twitter. "Raptor just achieved power level needed for Starship & Super Heavy," he tweeted on Feb. 7, four days after he shared a photograph of the first test of a flight-ready engine. The Raptor engine is designed to power the spaceship currently known as Starship as part of the rocket assembly currently known as Super Heavy (previously dubbed the BFR). The first Raptor test fire took place in September 2016, when the company was targeting an uncrewed Mars launch in 2018.

Big Peanut-Shaped Asteroid Caught on Radar as It Zooms by Earth (Video) An asteroid that zoomed by Earth today (April 19) at less than five times the distance between the Earth and the moon has been caught on radar. The new images, which were taken yesterday (April 18), capture features on the near-Earth asteroid 2014 JO25 as small as 25 feet (7.5 meters) across, scientists said. The photos — which were combined to make this video of asteroid 2014 JO25 — reveal that the space rock rotates once every 5 hours and has a peanut-like structure, with the larger of the two lobes about 2,000 feet (620 m) wide.

Sundance Film Review - Apollo 11 (2019) 2019 marks the 50th anniversary of the Apollo 11 mission, or Stanley Kubrick’s finest work as a director depending on your proclivity to indulge in conspiracies. Nevertheless, with the help of some incredible, never-before-seen footage of the famous mission from the National Archives, Apollo 11 manages to wow in its details, and add new depth and understanding to one of the most famous feats in human history. The following review will be spoiler free. Death by Asteroid: The Most Likely Ways for a Space Rock to Kill You If you live in fear of an asteroid strike, here's some detail to help flesh out your nightmares. A killer space rock is most likely to get you via violent winds that fling you against something hard or powerful shock waves that rupture your internal organs, according to a new study. "This is the first study that looks at all seven impact effects generated by hazardous asteroids and estimates which are, in terms of human loss, most severe," lead author Clemens Rumpf, a senior research assistant at the University of Southampton in the United Kingdom, said in a statement. [Potentially Dangerous Asteroids (Images)] Rumpf and his colleagues simulated 50,000 asteroid strikes around the globe using computer models.