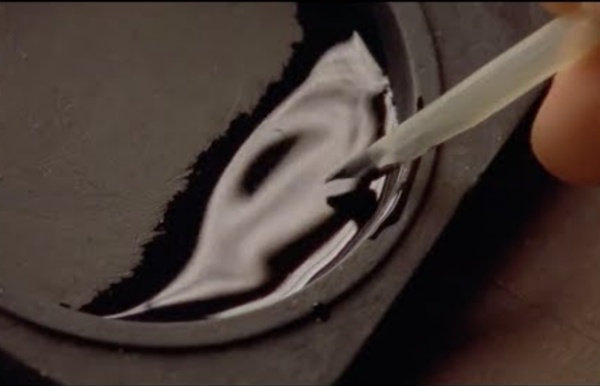 Can You Solve Alcuin's Puzzles? Here begin the problems to sharpen the young – this is the beginning of a wonderful text believed to have been written by the Carolingian scholar Alcuin of York. He presents over fifty mathematical puzzles, which will challenge even today’s readers. Here are five of our favourites! Perhaps the most famous of all of Alcuin’s puzzles is the river-crossing puzzle: Which are the Latin or Romance languages and who speaks them? The Latin or Romance languages are also known as Romanic languages. They are the modern languages which developed from spoken Latin somewhere around the 7th century AD in southern and western Europe. The Latin or Romance languages include Spanish, French, Italian, Portuguese, and Romanian.

When were the Middle Ages? The Five-Minute Medievalist answers the question, “When were the Middle Ages?” For most historians, the Middle Ages is about a thousand years from around 500 AD – or CE as historians say now – to about 1500. So, before about 500 the Roman Empire was the major power in Europe. They had taken over pretty much everything from the Middle East to the north of Africa, to all the way into Britain up to Hadrian’s Wall. The Roman administrative structure was very strong, powerful, centralized, and it was the key to a lot of their success. Troubadours Troubadours Troubadour is the generic term for poets and minstrels who flourished in southern France and in Northern Italy from the 11th through the 13th centuries. Called trouveres in northern France and meistersingers in Germany, these artists elevated storytelling as an art, and often entertained huge crowds at fairs, weddings and other medieval celebrations. During this time, works from medieval monks had become tired.

Medieval Grooming Tools The Five-Minute Medievalist takes a look at some of the grooming tools from the Middle Ages that she has come across in her travels. There’s a common misconception that medieval people weren’t all that interested in hygiene, which doesn’t make sense really, for a couple of reasons. Number one, feeling clean feels good. This is the big reason why medieval people who were religious and bent on mortifying the flesh wore vermin-covered hair shirts next to their skin – it’s because it felt awful, and that was the point. (Is anyone else feeling a little bit itchy right about now?) The other reason is that being clean and well-groomed helps you attract a mate because it makes it look like your genes are really good.

What was life like for a medieval housewife? - History Extra “A woman’s work is never done!” as my mother used to say in the 1960s, when she cared for our family of five and assorted pets, while working as a school dinner lady. Yet this claim was expressed centuries earlier when the Tudor writer and poet Thomas Tusser wrote in his A Hundreth Good Pointes of Husbandrie in 1557: Some respite to husbands the weather may send, But housewives’ affairs have never an end. We can only imagine the drudgery of struggling to do the washing, cooking and cleaning when every task had to be done from scratch – before the linen could be washed, the housewife had to make the lye (the medieval equivalent of detergent) to soak it in, and before dinner could be cooked, the fire had to be lit.

Communications Organization: Alexa Crawls Starting in 1996, Alexa Internet has been donating their crawl data to the Internet Archive. Flowing in every day, these data are added to the Wayback Machine after an embargo period. this data is currently not publicly accessible. During the Middle Ages, there was no television, no telephone, and no postal service. If you wanted to talk to someone who was far away, you had to write them a letter and send it by private messenger. 10 New Youtube Videos for Medieval Lovers – Volume 4 Ten videos posted in the last month on Youtube for the medievalist’s viewing pleasure! Where did “get medieval on your ass” come from? The A.V. Club’s Kory Stamper reveals the origins of America’s favorite colloquialisms. In this edition, Kory tells us about the origins of the phrase “get medieval on your ass,” first made popular by Pulp Fiction.

Where did English come from? - Claire Bowern There are two other TED-Ed lessons related to this topic: How languages evolve and How did English evolve? (a lesson that fills in some of the details that we omit here due to the fact that the focus of this lesson was further in the past). There is still a great deal of debate about Indo-European, most importantly about the location of the homeland. To read more about this debate, there are classic books by Mallory and Renfrew, as well more recent works by Anthony. Then, read these articles by Bouckaert et al. How to make a medieval pen How to make a medieval pen Video created by English Heritage How to make a medieval pen from English Heritage on Vimeo. Jennifer Smith of Ferrers Household explains: “How people wrote in the fifteenth century isn’t really a lot different to how people write today. You need to basic tools of the trade – piece of paper to write on, something to write with, and some ink.

Tribes Invade Europe Table of Contents : The beginnings In the year 476 A.D. the Roman Empire came to an end and the next thousand years were called the Middle Ages. Life in Europe during the Middle Ages was very hard.