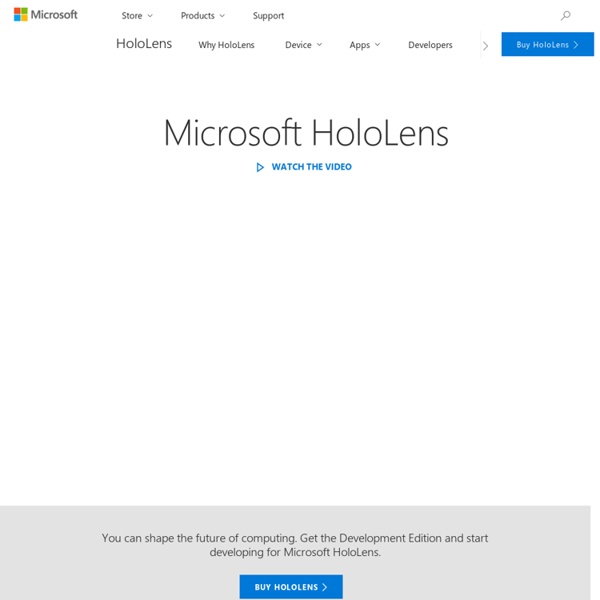 2016 NM4 Overview Welcome to the world of the limited-edition NM4—the near future where fantasy is reality, and imagination with inspired engineering makes every moment feel like a cinematic adventure. With a twist of the throttle, the 670cc fuel-injected engine engages. Reflections from the street lamps on the sculpted front end come faster and faster with each upshift of the Automatic Dual-Clutch Transmission. Six-Speed Automatic Dual-Clutch TransmissionHonda’s revolutionary Automatic DCT transmission is changing the way people ride. Advanced Twin-Cylinder EngineNo matter how revolutionary a motorcycle looks, we all know great bikes start with great engines.

PlayStation VR | Réalité virtuelle Découvrez le nouveau prototype Caractéristiques principales Le nouveau casque PlayStation VR de réalité virtuelle est équipé d'un écran OLED de 5,7 pouces d'une résolution de 1920 x RGB x 1080. Ce nouvel écran étend le champ de vision, permettant d’avoir une image nette même en mouvement. PlayStation VR propose un rendu en 120 fps. Ceci, combiné avec la technologie et la puissance de la PS4, permet à PlayStation VR d’assurer des graphismes d'une fluidité parfaite. Magic Leap We know what you're thinking: "Who the heck are we? What is this all about? Why aren't you saying more?" So what is Magic Leap? Magic Leap is an idea. An idea that computing should be shaped and forged to work for us: our life, our physiology, our connected relationships. It's an idea based in the belief that people should not have to choose between technology or safety, technology or privacy, the virtual world or the real world. This belief was born from two simple observations: That current technologies we use to access the digital world limit, or even take us away, from the real world. With our founding principles our team dug deep into the physics of the visual world, and dug deep into the physics and processes of our visual and sensory perception. In time, we began adding a number of other technologies to our Digital Lightfield: hardware, software, sensors, core processors, and a few things that just need to remain a mystery. It is all coming together in a pretty awesome way.

Philips launches massive 43-inch 4K IPS PC monitor April 26th, 2016 at 8:16 pm - AuthorMatthew Wilson While most of us are used to monitors ranging in 24-inches to 27 or even 32-inches in size, once you step up to Ultra-HD, there is more benefit to having an even larger display hooked up to your PC. This is where Philips comes in, with its new 43-inch PC monitor, offering 4K Ultra-HD resolution and promising excellent colour accuracy. The new BDM4350UC Philips display uses high performance panels to deliver UltraClear 4K UHD images: at 3840 x 2160 pixels. With 43 inches of 4K UHD screen space available, there is plenty of room to work on multiple windows and applications side-by-side. This is an IPS screen, which ensures colour accuracy and wider viewing angles compared to TN. Philips’ new 43-inch Ultra-HD IPS monitor will be available from May onwards at around £1169.99.

Augmented reality - News & Rumors Posts Tagged «augmented reality» Google joins the VR war, invests in light field ‘cinematic reality’ company Magic Leap (updated) October 21, 2014 at 1:10 pmGoogle is getting into virtual reality. It was only a matter of time: With Google still looking for The Next Big Thing — and Facebook’s acquisition of Oculus VR, Sony’s Project Morpheus, and many other companies and startups taking a fresh look at VR over the last couple of years — it was forced to finally wade in. The target of Google’s affection is a startup called Magic Leap, a secretive company that is developing some kind of ‘cinematic reality’ headset, which uses a ‘digital light field’ to project ultra-realistic images into your eyeballs. MIT’s ‘Kinect of the future’ can track you through walls October 18, 2013 at 9:33 amResearchers from MIT have unveiled a new form of motion tracking that uses a three-point system to follow a person’s position, even through a totally opaque wall.

BlackHog | Desktop game controller Introducing 360 Video on Facebook By Maher Saba, Engineering Director, Video Starting today, 360-degree videos will begin rolling out in News Feed. Our goal at Facebook is to connect you with the people and things that matter, every single day. Over time, we’ve seen that people enjoy more immersive content in their News Feeds. This is one reason video has been so successful on Facebook, and we’re excited to take it a step further with 360 video. To create 360 videos, a special set of cameras is used to record all 360 degrees of a scene simultaneously. In the future, imagine watching 360 videos of a friend’s vacation to a small village in France or a festival in Brazil — you’ll be able to look around and experience it as if you were there. There are a number of publishers sharing new 360 videos on Facebook today, including Star Wars, Discovery, GoPro, LeBron James & Uninterrupted, NBC’s Saturday Night Live, and VICE.

Microsoft's Hololens – what do virtual reality developers think? | Technology When Microsoft unveiled Windows 10 last Wednesday, the company had something else to show the assembled press – just in case a new operating system wasn’t exciting enough. This was the Hololens, a stand-alone augmented reality heardset, capable of projecting computer generated objected into your real-world environment. Look through its futuristic screen, and you may see a dinosaur on your coffee table, or a monster on your sofa. The device seemingly uses an array of motion senses, as well as a Kinect-style camera so that it knows where the wearer is in the room, and can also recognise objects. Imagine, for example, a horror game where a zombie could crash through your own living room window. So what do seasoned virtual reality developers make of the new technology? Hrafn Thorisson, CEO, Aldin Dynamics For a prototype it certainly seems like they’ve done a very good job on producing the illusion of a solid object appearing before you — and that’s really exciting.