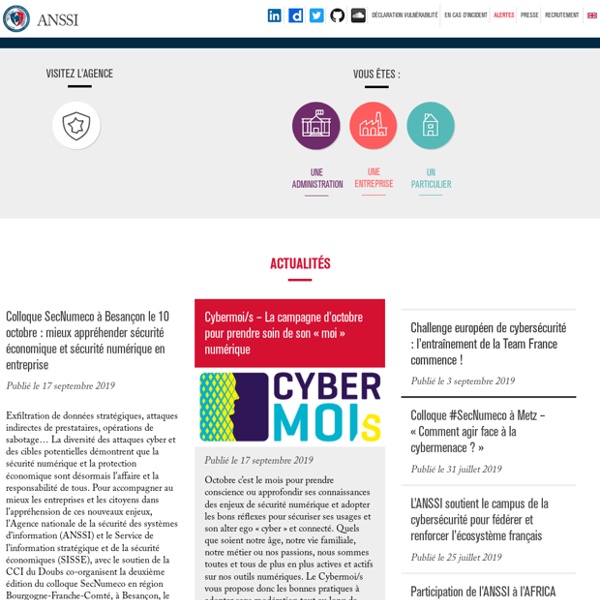 Tour the World's Webcams With the Search Engine for the Internet of Things Matherly was just sending web server requests, but that kind of constant methodological probing makes many administrators uncomfortable. It’s the kind of reconnaissance work that the bad guys as well as the search engines engage in. “They put these things online and you don’t find them on Google. Therefore, you should be able to find them and anybody who does is trying to hack their network,” Matherly says.

Using Multiple SSL Certificates in Apache with One IP Address About the TLS Extension Server Name Indication (SNI) When website administrators and IT personnel are restricted to use a single SSL Certificate per socket (combination of IP Address and socket) it can cost a lot of money. This restriction causes them to buy multiple IP addresses for regular https websites from their domain host or buy hardware that allows them to utilize multiple network adapters. However, with Apache v2.2.12 and OpenSSL v0.9.8j and later you can use a transport layer security (TLS) called SNI.

Ex-Google Engineer Says the Company's Software Infrastructure is Obsolete - ReadWriteCloud Yesterday former Google Wave engineer Dhanji R. Prasanna wrote on his blog about why he is leaving the company. It's an interesting look at Google's company culture, but there's also an interesting technical nugget in there. "Google's vaunted scalable software infrastructure is obsolete," Prasanna wrote. He emphasizes that the hardware infrastructure is still state of the art, "But the software stack on top of it is 10 years old, aging and designed for building search engines and crawlers." Prasanna says software like BigTable and MapReduce are "ancient, creaking dinosaurs" compared to open source alternatives like Apache Hadoop.

Cypherpunks 2. Julian Assange, Andy Müller-Maguhn, Jeremie Zimmermann And Jacob Appelbaum [Assange.RT.com] Description: Part 1: Cyber threats, hacker attacks and laws officially aiming to tackle internet piracy, but in fact infringing people's rights to online privacy. It's an increasingly topical subject - and the world's most famous whistleblower is aiming to get to the heart of it. In the latest edition of his interview program here on RT, Julian Assange gets together with activists from the Cypherpunk movement - Andy Müller-Maguhn, Jeremie Zimmermann, and Jacob Appelbaum. You can't do much online or with your phone without someone, somewhere, knowing what you're doing.

Says Worldwide Enterprise Social Software Revenue to Surpass $769 Million in 2011 STAMFORD, Conn., December 16, 2010 View All Press Releases Worldwide enterprise social software revenue is on pace to total $664.4 million in 2010, a 14.9 percent increase from 2009 revenue of $578.2 million, according to Gartner, Inc. The market is poised for continued growth in 2011 when revenue is forecast to reach $769.2 million, up 15.7 percent from 2010. Enterprise social software enables participation through formal and informal interactions and aggregates these interactions to reflect the collective attitudes, dispositions and knowledge of the participants. Technologies include blogs, communities, discussion forums, expertise location, feeds and syndication, social bookmarks, wikis, and integrated platforms/suites. "The social software market is evolving in response to the demand for flexible environments in which participants can connect, create, share, and find people and information relevant to their work," said Tom Eid, research vice president at Gartner.