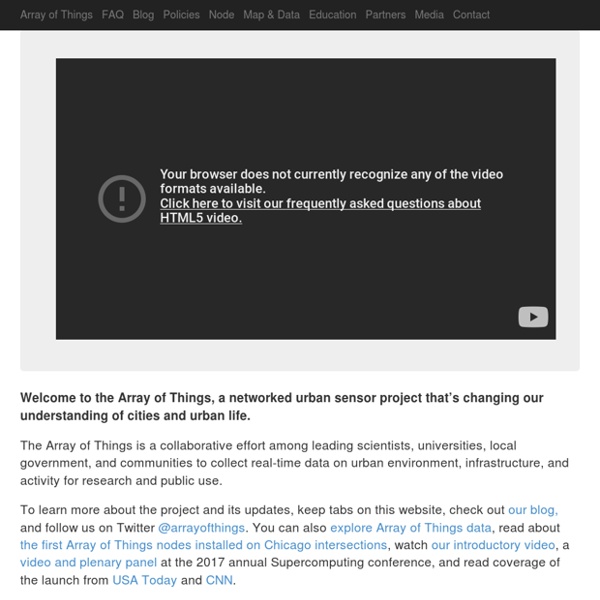 Russian company 3D prints a tiny house in 24 hours TreeHugger first showed the 3D printer designed by Russian engineer Nikita Chen-yun-tai two years ago, a machine that looked like a kind of tower crane that squirted out concrete. Now he is in the news again with his company Apis Cor with what they are calling "the first house printed using mobile 3D printing technology." © Apis Cor It is a little thing at 38 m² (409SF), designed as a demonstration project. This project was selected specifically, as one of the main purposes of this construction is to demonstrate the flexibility of equipment and diversity of available forms. The house can be of any shape, including the familiar square shape, because the additive technology has no restrictions on design of new buildings, except for the laws of physics.

Architects & Engineers Investigating the destruction of all three World Trade Center skyscrapers on September 11 - Evidence On September 11, 2001, the three worst structural failures in modern history took place when World Trade Center Buildings 1, 2, and 7 suffered complete and rapid destruction. In the aftermath of the tragedy, most members of the architecture and engineering community, as well as the general public, assumed that the buildings’ destruction had occurred as a result of the airplane impacts and fires. This view was reinforced by subsequent federal investigations, culminating in FEMA’s 2002 Building Performance Study and in the 2005 and 2008 reports by the National Institute of Standards and Technology (NIST). Since 9/11, however, independent researchers around the world have assembled a large body of evidence that overwhelmingly refutes the notion that airplane impacts and fires caused the destruction of the Twin Towers and WTC 7. Articles by AE911Truth

Rogue Scientists Race to Save Climate Data from Trump At 10 AM the Saturday before inauguration day, on the sixth floor of the Van Pelt Library at the University of Pennsylvania, roughly 60 hackers, scientists, archivists, and librarians were hunched over laptops, drawing flow charts on whiteboards, and shouting opinions on computer scripts across the room. They had hundreds of government web pages and data sets to get through before the end of the day—all strategically chosen from the pages of the Environmental Protection Agency and the National Oceanic and Atmospheric Administration—any of which, they felt, might be deleted, altered, or removed from the public domain by the incoming Trump administration. Their undertaking, at the time, was purely speculative, based on travails of Canadian government scientists under the Stephen Harper administration, which muzzled them from speaking about climate change. The group was split in two.

What is Metcalfe's Law? - Definition from WhatIs.com Metcalfe's Law is expressed in two general ways: 1) The number of possible cross-connections in a network grow as the square of the number of computers in the network increases. 2) The community value of a network grows as the square of the number of its users increase. Metcalfe's Law is often cited as an explanation for the rapid growth of the Internet (or perhaps more especially for the World Wide Web on the Internet). Together, with Moore's Law about the rate at which computer power is accelerating, Metcalfe's Law can be used to explain the rising wave of information technology that we are riding into the 21st century. By submitting your personal information, you agree that TechTarget and its partners may contact you regarding relevant content, products and special offers.

Call on G20 leaders to create a world where no one is left behind In 2015, the United Nations released the Sustainable Development Goals - 17 global goals to create a more peaceful, environmentally conscious, and equal world. Two years later, few countries have stepped up to tackle these goals - including the G20 nations. Join us in calling on G20 leaders to create a world where nobody is left behind. A world where a young girl can live her dream and go to school. Where a father who had to escape war and terror can offer a new life to his family. Where children can grow up healthy without having to go to bed hungry.

Deaf Grandma danielj (Guest) on 2008-08-27 02:20 Also from the Chris Pine tutorial for beginners: • Write a Deaf Grandma program. Whatever you say to grandma (whatever you type in), she should respond with HUH?! SPEAK UP, SONNY! This wall clock is a mesmerizing floating metal ball – BGR If you’re in the market for a wall clock — and, really, who doesn’t need another clock or three — your choices are pretty much limitless. Timepieces come in all shapes and sizes, and very rarely will one make you actually raise an eyebrow. The Story clock by Flyte is one of the few that might catch your eye, and not because it’s flashy, but exactly the opposite. The spectrum of control: A social theory of the smart city There is a certain allure to the idea that cities allow a person to both feel at home and like a stranger in the same place. That one can know the streets and shops, avenues and alleys, while also going days without being recognized. But as elites fill cities with “smart” technologies — turning them into platforms for the “Internet of Things” (IoT): sensors and computation embedded within physical objects that then connect, communicate, and/or transmit information with or between each other through the Internet — there is little escape from a seamless web of surveillance and power. This paper will outline a social theory of the “smart city” by developing our Deleuzian concept of the “spectrum of control.” We present two illustrative examples: biometric surveillance as a form of monitoring, and automated policing as a particularly brutal and exacting form of manipulation. A Great Cities Initiative of the University of Illinois at Chicago University Library.