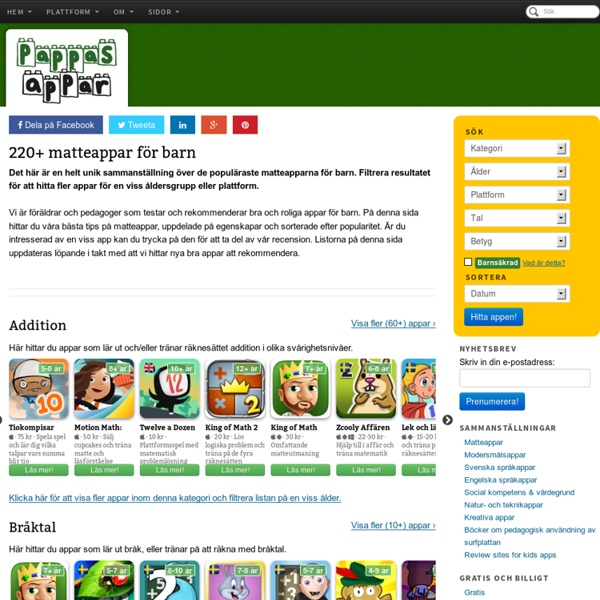 Multiplication Games ~ Learn Times Tables While You Move This post may contain affiliate links. We love to play math games around here and these multiplication games have been used over and over again in our house. I first shared the idea of Multiplication High Fives here, then decided to take it to the next level and create a downloadable multiplication chart and High Five template. This method has been so effective in getting math facts to stick for my kids. I hope you’ll find it useful as well. High Five Math Games use Whole Body Learning to engage the brain in understanding and retaining concepts paired with movement. 21 GIFs That Explain Mathematical Concepts “Let's face it; by and large math is not easy, but that's what makes it so rewarding when you conquer a problem, and reach new heights of understanding.” Danica McKellar As we usher in the start of a new school year, it’s time to hit the ground running in your classes! Math can be pretty tough, but since it is the language in which scientists interpret the Universe, there’s really no getting around learning it.

CK-12 Launches a New Collection of Elementary School Math Resources CK-12 has long offered tutorials and practice exercises for middle school and high school science and math students. Today, CK-12 unveiled a new collection for resources for elementary school mathematics. The collection is organized by grade level (grades 1 through 5) and skill. The resources are a mix of videos and online practice exercises. While the CK-12 elementary school mathematics collection offers a lot of skills sections (addition, subtraction, multiplication, division, clock reading, measurement) each section appears to be fairly limited in its offerings.

Creativity on the Run: 18 Apps that Support the Creative Process "The intuitive mind is a sacred gift, the rational mind is a faithful servant. We have created a society that honors the servant and has forgotten the gift." - Albert Einstein We do not need to teach creativity, but rather inspire its daily practice. Somewhere along the way, we simply forgot to honor this innate gift and how to access its power. Our role as educators is to encourage learning experiences that increase the ability to recognize and listen to our inner voice. Independent Math Apps for the Classroom I am always on the hunt for new apps to use for class, and I'm particularly happy when I find something for math that is simple and effective. I recently attended a professional development session about math apps, and I've collected the most popular to share with you! These were recommended for a K-2 classrooms and are between $0-$5. Skill: Addition with fixed sum (ie. friends of 10) Choose the sum on the settings page, then simply tap the two numbers that add up to that total. Keep going until all the numbers are gone, then check progress. Skill: Basic facts practice; students win a cute big for each correct answer until they make five in a row.

QR Codes and Bottle Cap Fun! Technology is awesome because not only does it keeps students engaged, it's also usually pretty environment-friendly! So, I've decided to combine two fun items I've been incorporating in my classroom - QR codes and labeling bottle caps - to help students practice ordering fractions, multi-digit multiplication, and long division - just a few skills we're going over in fourth grade right now. Let's start with ordering fractions: I made 8 bottle cap groups with six fractions in each group using Avery lables (1" circles 5410). Skolår 7 - Matteboken.se Upload mattecentrum.se Mattecentrum A Stunningly Simple Way To Explain Pi A Stunningly Simple Way To Explain Pi by TeachThought Staff The Digital Media Part Among the most underappreciated gifts of digital media is animation. Animation sounds pretty pedestrian until you imagine a world without it.

12 NASA Apps for Students to Learn about Space April 16, 2014 Last night while I was watching the total lunar eclipse " Blood Moon", it dawned on me to compile a list of iPad apps that students can use to learn more about space. Of course there are no better apps to recommend than NASA's. I have gone through all the apps NASA offers and picked out for you the ones below.

Games in the Mathematics Classrooms: There’s an App for That! Last month, the Institute of Play released a 160-page whitepaper on successfully designing and implementing video games as classroom assessment tools. It is widely hoped that the Institute's study, along with further research by SRI, will prove conclusively that cognitive skills are significantly improved by playing educational video games. This was not news to the math education community, which has known about the benefits of games in the classroom for a long time. Back in 2004, a study by Tisa Lach and Lynae Sakshaug had already shown that middle school students made significant improvements in algebraic reasoning, spatial sense, and problem-solving abilities after playing biweekly sessions of popular tabletop games such as Connect Four, Mastermind, Rush Hour, and Guess Who.

1st Grade Math Games - Smart First Graders Number sense games give kids practice comparing and using numbers. These 1st grade math games will give kids a fun way to practice skills in estimation, odd and even, comparing numbers, counting, and more. Several of the games are quite versatile, and can be changed slightly to practice other math areas as well. Greater Than War Play with 2 players.

How To Use Pokémon Go In Your Math Class - Tips4Teachers As a culturally relevant and responsive educator, I feel a deep sense of obligation to write this next post: How to use Pokémon Go in your math class. I know, I know. It’s a difficult job, but after waiting a few days and watching my Twitter list of math teachers roll by with no mention of how to leverage this Pokémon craze we seem to be going through, I knew that at some point I would have to take on the gargatuan task of how to incorporate this cultural phenomenon into our lesson plans. Teaching the Times Tables with Pictures and Stories Use the steps below as a guide to our online lessons and resources to help you and your students get the most out of our method. Click here to reference resources and activities linked to the Common Core Standards. Step 2: Meet Our Number Pictures Our system uses pictures (like the ones on the right) to remember numbers. More on why this works. Step 3: Choose a Fact

App Smashing: Combing Apps for Better Results Posted 03/24/2014 9:35PM | Last Commented 07/21/2014 9:44AM So I’ve been playing around with a little bit of App Smashing in my classroom – or App Synergy as it is sometimes called. I just like the smashing part – it must be the cave man in me. Anyway, App Smashing is when you use more than one app to produce a quality final product – it’s when you combine the different capabilities of apps to make something even more impressive than something that is housed entirely within one app.