Top 10 conspiracy theories about Russia and the U.S. You might not believe this, but some people out there really believe in these conspiracies. 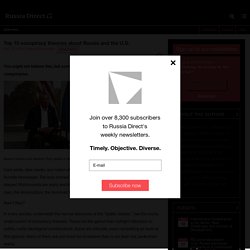 Barack Obama and Vladimir Putin speak at the G8 Conference. Photo: Reuters Cast aside, dear reader, any notion of politics as it appears in the humdrum pages of your favorite newspaper. The truly shrewd among us know that nothing is what it appears. Look deeper! Aren’t they? In every society, underneath the normal discourse of the “public debate,” lies the murky undercurrent of conspiracy theories. Even the most conspiracy-minded must be selective, however, since many of the most exciting ones are mutually incompatible. In the spirit of evenhandedness, Russia Direct offers a matching set of conspiracy theories, five each, about the Russian and the U.S. regimes. Which might actually be true? 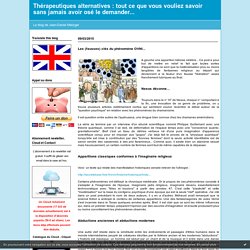 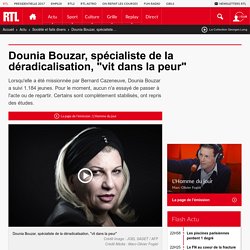 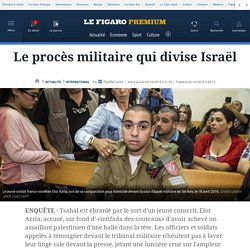 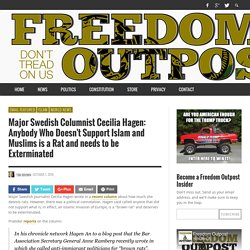 However, there was a political connotation. Hagen said called anyone that did not support what is, in effect, an Islamic invasion of Europe, is a "brown rat" and deserves to be exterminated. Pouvoir, influence… Qui sont vraiment les conseillers ministériels ? ‘They Keep Finding Bodies’: Gang Violence in Long Island Town Fuels Immigration Debate. But ultimately, he said, after acknowledging that the administration knew of about 20 to 25 students in the district with possible gang affiliations, there is only so much officials can do. 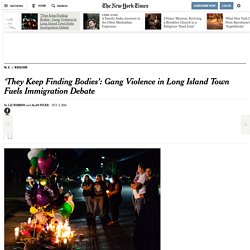 “We can’t exclude a kid because we suspect they are in a gang,” Mr. Loeschner said. Ex-Suffolk County Police Chief’s Arrest Comes Amid a Broader Federal Inquiry. No Friend of the F.B.I. 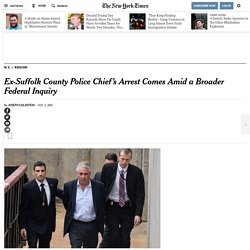 Mr. Burke was a curious choice to run the department. He had a reckless streak. Twenty years ago, as a sergeant, he had had a sexual relationship with a prostitute, according to an internal affairs investigation that accused Mr. Burke of accidentally leaving his handgun with the woman, Newsday reported. Parkland Memorial Hospital and Illegal Immigrants.

Claim: 70% of the women who gave birth at Parkland Memorial Hospital in the first three months of 2006 were illegal immigrants. 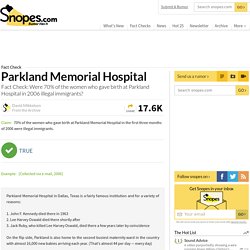 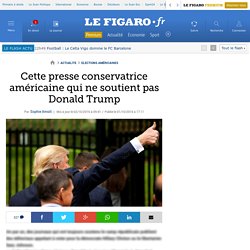 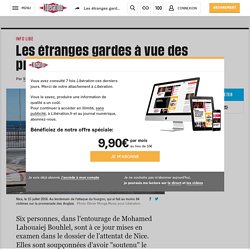 The proceeds from the Bazaar are donated to support Belgian charities and, this year, 3 international charities. Each nation has its own stand offering items either made or imported by the women from that nation. The IMS Wives club started up in 1967 and was formed to bring together all the wives of the officers of NATO’s International Military Staff (IMS). The IMS Wives Club undertakes many other social activities throughout the year. The Patrons of the NATO Wives Bazaar are: The Beirut Diary: Illuminati Wife Speaks Out. Kay Griggs: Whistleblower, rubbed elbows with the elite of the elite. Interviewer: What I have gathered about you from this interview is Katherine Griggs, the wife of George Griggs, 11 years of marriage, your husband was head of special operations under Admiral Celso at NATO, you were a member of the board in NATO’s wives club.

Also your husband’s background includes NATO’s college at Rome, and then Princeton, and his intelligence spy career began in Vietnam and continues to today. Buying Choices: Operation Shakespeare: The True Story of an Elite International Sting. Amazon. Officer's Wives Club. Trump and 9/11. On 9/11/2001, Donald Trump did a live phone interview with New York’s WWOR. Digging this up 15 years later, Politico and Mother Jones pointed out how Trump bragged about the new status of his 71-story Trump Tower, “40 Wall Street actually was the second-tallest building in downtown Manhattan, and it was actually, before the World Trade Center, was the tallest—and then, when they built the World Trade Center, it became known as the second-tallest.

It would be easy to consider Kay Griggs insane, or a bit of a lunatic—but that would only be because the truth that she hints at is too traumatic for most people to withstand while still maintaining their sanities. I can say that based on my personal experience, what she is saying is true. I’ve witnessed many of the same strategies and have been able to act against those strategies largely because I remained free of any collective based organization, whether it is hazing rituals in college, basic training in the military, or binge drinking parties and diabolical embarrassments that are so common among today’s young people.

The courts are stacked against us. Kay Griggs - Sleeping With The Enemy. Kay Griggs: Colonel's Wife Tell-All Interview .1 of 4. Nonfiction Book Review: False Impressions: The Hunt for Big-Time Art Fakes by Thomas Hoving, Author Simon & Schuster $25.5 (366p) ISBN 978-0-684-81134-5. Thomas Hoving, Author Simon & Schuster $25.5 (366p) ISBN 978-0-684-81134-5 Take care if you're planning to buy a Renoir landscape or a Manet--there are art fakers who can convincingly simulate the former in two hours, the latter in three, according to Hoving in this wry guide to the world of art forgeries. Hoving (Making the Mummies Dance), former director of New York City's Metropolitan Museum of Art, devotes the first several chapters to a chronological history of art faking; some readers may find this section too detailed and anecdotal.

The livelier part of the book involves Hoving's reminiscences about his experiences as a student at Princeton, his apprenticeship at the Met and his sleuthing to detect art fakes. False Impressions: The Hunt for Big-Time Art Fakes: Thomas Hoving: 9780684831480: Amazon.com: Books. John Jay College of Criminal Justice. ARTIS Seminar Series on Political Violence Each seminar, hosted by the Center on Terrorism and sponsored ARTIS, focuses on a singular aspect of terrorism.

An invited speaker presents on a topic and a question-and-answer period follows. The seminars are free and open to the public, they are also a core component of the Advanced Certificate in Terrorism Studies curriculum offered through the center. We warmly welcome all those interested in or currently working in the field of terrorism. This is an excellent forum for the exchange of ideas helpful to the academic and practitioner alike. Attentat de Nice : l’enquête qui contredit les politiques - Quotidien avec Yann Barthès - TMC. Veteran CIA man to lead new background investigations bureau. Charles Phalen was named the first director of the National Background Investigations Bureau. (Timothy Grant/Office of Personnel Management) If the new National Background Investigations Bureau (NBIB) needs a director who has suffered the onerous process of getting permission to know Uncle Sam’s secrets, Charles Phalen fits the bill. He is the first director of NBIB, announced in January to strengthen and modernize a clearance process that has suffered from backlogs, cheating by a major contractor and high-profile lapses.

Suppose, I would say, that I happened to be out walking one pleasant afternoon in Palo Alto, and suddenly heard a gigantic explosion in the general direction of Mountain View, soon followed by a huge pillar of smoke rising towards the sky. Being busy with my own work, I might have no time to bother investigating, and merely wondered what surprising story the front pages of my morning newspapers would reveal as the cause behind those dramatic events. But when I eagerly opened those papers the following day, mention of the explosion was nowhere to be found, either on Page One or anywhere else, even in my own local San Jose Mercury News. Armée de terre : le commandement du renseignement prend ses quartiers à Strasbourg. Le commandement du renseignement de l’armée de terre s'installe officiellement à Strasbourg.

Geophagia. Teilhard and the Pildown "Hoax"