Untitled. Untitled. Like I said previously, I'll set the aliens aside for the moment and move on to cults. 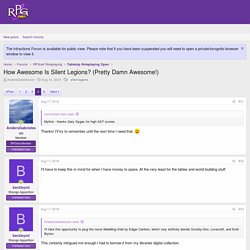 (In worldbuilding I tend to get hung up on getting every step just right before moving on so this is useful practice for me anyway.) Untitled. Like I said previously, I'll set the aliens aside for the moment and move on to cults. 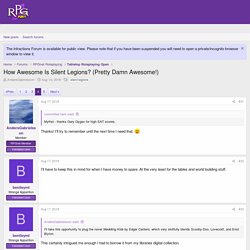 (In worldbuilding I tend to get hung up on getting every step just right before moving on so this is useful practice for me anyway.) The cult was founded in the last few decades by a noble who used their wealth to indulge in the occult. (I'm going to read "a noble" as "one of the rich and powerful".)

The most important event in their past is that they fled their former home, perhaps driven out by their rivals in older cults. The early recruits were the "sagacious learned who knew not when to turn away" - could be scientists, could be other amateur and not-so-amateur occultists, or something else, but it doesn't sound like it was just rich thrill-seekers. I haven't decided on the exact setting yet, but it's either some part of Europe or the US. Moving on! Untitled. I started rolling up my own mythos, and it's a lot of fun! 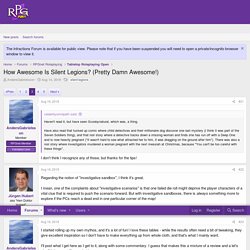 I love these tables - while the results often need a bit of tweaking, they give excellent inspiration so I don't have to make everything up from whole cloth, and that's what I mainly want. I'll post what I get here as I get to it, along with some commentary. I guess that makes this a mixture of a review and a let's play? I dunno, we'll see what happens.

Untitled. First, Magical Industrial Revolution made its funding goal (and then some!) 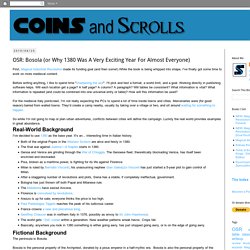 While the book is being whipped into shape, I've finally got some time to work on more medieval content. Before writing anything, I like to spend time "sharpening the axe". I'll pick and test a format, a world limit, and a goal. Working directly in publishing software helps. Untitled. OSR: 1d8 Gonzo Cults Here, have 10 high-energy gonzo cults. 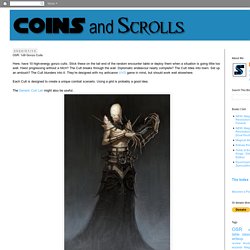 Stick these on the tail end of the random encounter table or deploy them when a situation is going little too well. Heist progressing without a hitch? The Cult breaks through the wall. Diplomatic endeavour nearly complete? Untitled. It's May, 1977. 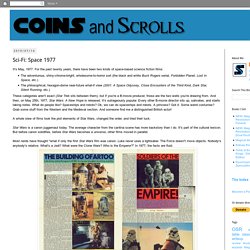 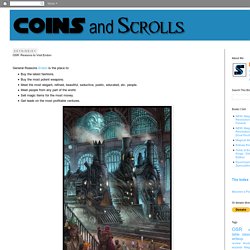 Sell magic items for the most money . Get leads on the most profitable ventures. Classes. Untitled. Magical Industrial Revolution has very few long backstory sections. 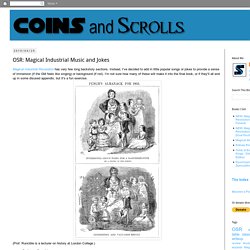 Instead, I've decided to add in little popular songs or jokes to provide a sense of immersion (if the GM feels like singing) or background (if not). I'm not sure how many of these will make it into the final book, or if they'll all end up in some disused appendix, but it's a fun exercise. (Prof. Runcible is a lecturer on history at Loxdon College.) Professor RuncibleIs easily distractableAnd totally intractableAnd utterly implacableHis eyebrows are impeccableHis knowledge undebatableBut quite incomprehensibleIs our Professor Runcible (Fatty Satan is a large crocodile that allegedly lives under the New Bridge.

Untitled. No one knows who taught them. 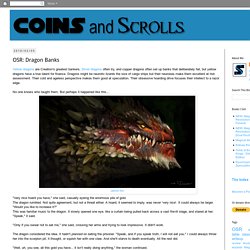 But perhaps it happened like this... "Very nice hoard you have," she said, casually eyeing the enormous pile of gold. The dragon rumbled. Not quite agreement, but not a threat either. Untitled. I'm copying one of my older blog posts in full, now that the directors and official line matches my interpretation. 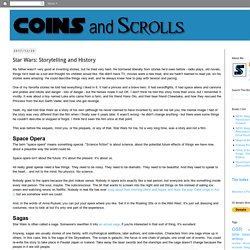 Score one for Skerples. Luke Skywalker, Jedi Knight, had.... maybe a week of actual training. Untitled. People seem to be having trouble designing and integrating aliens into their RPGs. Here are my thoughts on the subject. I: Why Include Aliens? The 4 main reasons people include aliens in their stories are: Untitled. There are plenty of systems for doing this kind of thing properly. Pendragon is great. ACKs is good too. Here's my fast and easy version. It's more of an art than a science, but it does work, and it's very quick. Fast Kingdom Mapping Step 1: CountiesYou'll need a map of your setting. Untitled. This post is very different from my usual content. It's about the best game I've ever run. It's also about the hardest game I've ever run.

It's a story about an anti-story. Untitled. OSR: Medieval Stalemate Simulator (or Six-Dimensional Warfare) Such extraordinary efforts of power and courage will always command the attention of posterity, but the events by which the fate of nations is not materially changed leave a faint impression on the page of history, and the patience of the reader would be exhausted by the repetition of the same hostilities, undertaken without cause, prosecuted without glory, and terminated without effect. Decline and Fall of the Roman Empire, Chapter XLVI, Edward Gibbon. Historians quote Gibbon like theater students quote Shakespeare; because it's fun. Medieval warfare, between the 4th and 16th centuries, in any part of the world from Spain to Syria, was not fun.

War never is, but medieval wars are particularly tedious, bloody-minded, and repetitive. Untitled. Ghosts are the souls of creatures that don't know they're dead, or are too insane to care. Dybbuks and vampires are created when a creature knows it is dead but has the strength to carry on, at least for a time. A fleeing soul can possess an animal but the arrangement is temporary and unpleasant for everyone involved. Ever wondered why cats are so weird? But a fleeing soul can also possess a young plant. Untitled. Untitled. Why is your D&D town surrounded by trees?

If the town is small enough, local consumption of wood is less than the forest's replacement rate. If the town is larger, you need to have an excuse. Back of the envelope calculations: people who burn wood for heat use about 2.5 kg per person per day. For the sake of this discussion, let's say the average per-capita consumption is 1 cubic meter per year. All the papers I've found seem to think that's an acceptable value. With an average household size of six, the boxes form an impressive stack.

Untitled. The unfashionable corner of Elderstone. The tide washes away a multitude of sins, but brings back stinking mud and white bones. Three types of people live here. Fundraiser by Char Jackson : Help Us Save our Navajo Language. - News Archives. Hi, everyone.

School. Poetry. Reading. Art. Other. Sapulpa Herald Online > Obituaries > James Colby Simmons. James Colby “Cheese” Simmons, 31, formerly of Sapulpa, passed away June 28, 2014, at his home in Tulsa. He was born in Tulsa on October 28th, 1982. He was the son of Diana Lawson Holton and David Simmons. About Christian Rayson, author of 'Born and Reborn: Book 1 of the Epic of Imsalan' Biography Christian Rayson is a Fantasy/Sci-Fi author/storyteller cynical optimist from Kansas.

Pearltrees/tree-shape-visualization: With this project we open-source key visualization modules from our 1.6 "tree shape" version. Dos and don'ts on designing for accessibility - Accessibility in government. Family Echo - Free Online Family Tree Maker. “Getting” yourself to write - Wrex Writes. 8 Things to do When Contacting a Freelance Editor for Your Novel.

- what difference does it make to you? (#18)... The Madness of Mr Goth — Relateable XD [Comic by Noob the Loser] What do you call the male version of a “Mary Sue”?