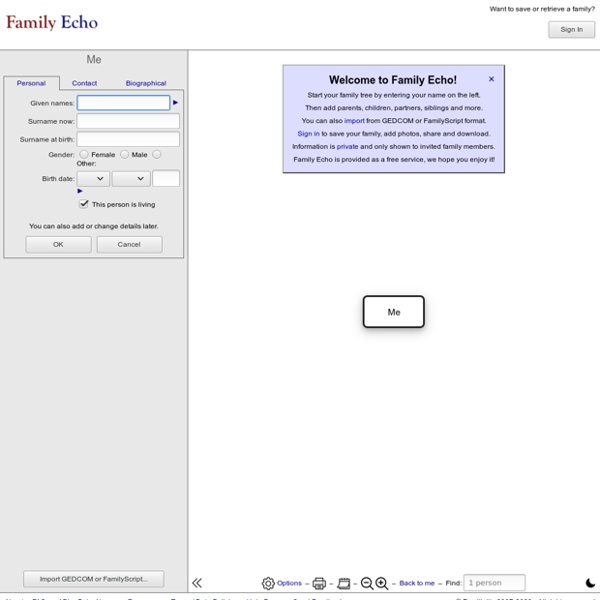 Top Three QR Code Reader Apps for Teachers March, 2015 Looking for some good iPad apps for scanning and reading QR codes? Here are the three titles we recommend the most. Of course, there are several other good QR reader apps out but the ones we are featuring today are especially helpful in that they allow you to scan and take you directly to the linked website.The first app in this list has an added feature which is that of creating PDF files from scanned materials. 1- QR Reader

8 Things to do When Contacting a Freelance Editor for Your Novel Organising a freelance book edit can be an exhausting and frustrating experience — I mean for me, not for you. I’m sure it’s daunting and scary for writers, but life for me as an editor (and, therefore, your book edit) would be a lot smoother if more people followed these guidelines when querying me. 1. 22 Chrome Apps Every Teacher Should Know about March 23, 2015 Over the last weekend, we spent sometime curating what we think are some of the best Chrome apps and extensions for teachers and students.Our selection is based on the reviews we have been posting here over the last couple of years and is also based on criteria such as popularity of the apps, its ratings...etc. Of course the list is no way comprehensive and there are tons of other apps to be included here but for brevity and practicality purposes we limited our list to the titles featured below. Have a look and share with your colleagues. 1- Google Classroom “Classroom is a new tool in Google Apps for Education that helps teachers create and organize assignments quickly, provide feedback efficiently, and easily communicate with their classes.

Dos and don'ts on designing for accessibility - Accessibility in government Karwai Pun is an interaction designer currently working on Service Optimisation to make existing and new services better for our users. Karwai is part of an accessibility group at Home Office Digital, leading on autism. Together with the team, she’s created these dos and don’ts posters as a way of approaching accessibility from a design perspective.

What is it? « Algodoo Algodoo is a unique 2D-simulation software from Algoryx Simulation AB. Algodoo is designed in a playful, cartoony manner, making it a perfect tool for creating interactive scenes. Explore physics, build amazing inventions, design cool games or experiment with Algodoo in your science classes.

CamScanner- A Great App for Scannig, Editing and Sharing Docs May 26, 2015 CamScanner is an excellent document scanning and sharing app. It allows you to instantly scan any type of text or graphic and save or share them with others. Using your phone or tablet camera, you can take a photo and CamScanner will automatically enhance the scanned results so you can easily email, print, fax or share them in PDF or PNG format. Using the integrated OCR feature, CamScanner allows you to scan an image or PDF making all the text captured editable and searchable.

About Christian Rayson, author of 'Born and Reborn: Book 1 of the Epic of Imsalan' Biography Christian Rayson is a Fantasy/Sci-Fi author/storyteller cynical optimist from Kansas. He voraciously consumes knowledge and stories, then spews the contents of his mind at anyone he can convince to listen. He reads and thinks far too much (Yes, this is possible). He greatly enjoys studying people, trying to figure out what makes them tick, and then what makes groups of them tick. He especially enjoys studying relationships with their infinite possibilities of complexity.

3 Powerful Apps for Creating Green Screen Videos with Students June 8, 2015 Green screen is a cinematographic technique that allows video editors to add a variety of visual effects to their videos. These effects include : adding virtual backgrounds, superimposing subjects over animated backdrops, placing a subject on another shot and many more. Green screen technology has been widely used in weather and movie industry. But now with the emergence of apps such as the ones below, everyone can use this technology to create engaging clips and presentations. As Do Ink explained “ Green screen technology is used in the movies to make it look like the actors have landed on an alien planet, and it's used on TV to make it look like your local news announcer is standing in front of an animated weather map.

- News Archives Hi, everyone. I remember when the last Animorphs book first came out how there were some people who really hated it. Their negative posts really brought me down, because I loved the last book, and I was compelled to respond to all of the posts. Apparently, K.A. felt the same way. Fundraiser by Char Jackson : Help Us Save our Navajo Language “Like many Navajo tribal members, my parents were part of the boarding school syndrome and were abused and punished if they spoke their traditional Diné or Navajo language. I wasn’t raised to speak my language, so I would be more successful in life, is what my parents were told. Because it was important to me, I took Navajo language classes at the University of New Mexico and even then it was considered a foreign language,” said Charmaine Jackson, co-producer of Diné Bí Ná’ákid Time. Dr. Begay and Charmaine Jackson teamed up to produce the first-ever Navajo puppet TV show called Diné Bí Ná’ákid Time or ‘The Navajo Movie Time.’