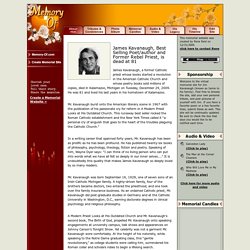 He was 81 and lived his last years in his hometown of Kalamazoo. Mr. Kavanaugh burst onto the American literary scene in 1967 with the publication of his passionate cry for reform in A Modern Priest Looks at His Outdated Church. This runaway best seller rocked the Roman Catholic establishment and the New York Times called it “a personal cry of anguish that goes to the heart of the troubles plaguing the Catholic Church.” In a writing career that spanned forty years, Mr. Mr. A Modern Priest Looks at His Outdated Church and Mr.

Mots que j'm... It Figures - Figures of Speech. Wikihow : 4 Ways to Write an Autobiography. Edit Article Edited by Treasure Chest Products, Jack Herrick, Brett, Sondra C and 104 others Mapping Out Your LifeCrafting a NarrativeEditing and Polishing the BookPublishing Your Story What's your story? 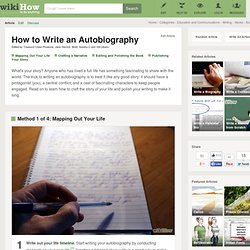 Anyone who has lived a full life has something fascinating to share with the world. The trick to writing an autobiography is to treat it like any good story: it should have a protagonist (you), a central conflict, and a cast of fascinating characters to keep people engaged. Ad Steps Method 1 of 4: Mapping Out Your Life 1Write out your life timeline. Method 2 of 4: Crafting a Narrative 1Create an overarching plot. Surreal Storytelling Illustrations by Andrew Ferez. Moscow-based Russian illustrator Andrew Ferez, aka 25kartinok, creates surreal scenes, each with their own fantastical narratives, that seamlessly merge various opposing elements. 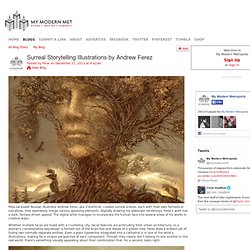 Digitally drawing his elaborate renderings, Ferez's work has a dark, fantasy-driven appeal. The digital artist manages to incorporate the human face into several areas of his works in creative ways. Whether multiple faces are fused with a crumbling city, facial features are protruding from urban architecture, or a woman's contemplative expression is formed out of the branches and leaves of a golden tree, Ferez does a brilliant job of fusing two normally separate entities. Even a giant typewriter integrated into a cathedral is in one of the artist's illustrations, making for a unique perspective of each component. Though they clearly don't belong to one another in the real world, there's something visually appealing about their combination that, for a second, looks right. 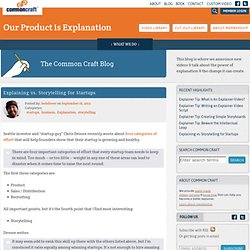 There are four important categories of effort that every startup team needs to keep in mind. Too much -- or too little -- weight in any one of these areas can lead to disaster when it comes time to raise the next round: The first three categories are: ProductSales / Distribution Recruiting All important points, but it’s the fourth point that I find most interesting: Storytelling Devore writes: It may seem odd to rank this skill up there with the others listed above, but I'm convinced it rates equally among winning startups.

Plain language is not unprofessional writing or a method of "dumbing down" or "talking down" to the reader. Writing that is clear and to the point helps improve communication and takes less time to read and understand. Clear writing tells the reader exactly what the reader needs to know without using unnecessary words or expressions. Communicating clearly is its own reward and saves time and money. Plain Language Act President Barack Obama signed the Plain Writing Act of 2010 (H.R. 946/Public Law 111-274) on October 13, 2010. Part of the NIH mission is to reach all Americans with health information they can use and to communicate in a way that helps people to easily understand research results. Celebrating Plain Language at NIH Plain Language/Clear Communications Awards Program Tips for Using Plain Language: 1. Writing Worth Reading. Take typing lessons, test your typing speed and practice typing for free!

This is keybr.com, a web application that will help you teach touch typing. 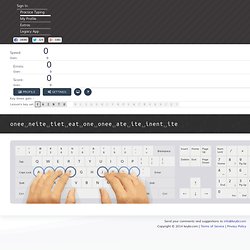 Touch typing is typing without using the sense of sight to find the keys. A person possessing touch typing skills will know their location on the keyboard through muscle memory. It can improve any individual's typing speed and accuracy dramatically. This is a short tutorial that will explain how does this application work. You can use the left and right arrow keys to navigate through these slides. Open access ebooks. Librarianchick. ZooBurst - create 3D pop up books.