Novedge Webinar #125 The Ultimate Revit Custom Material Marathon. CAD Shack: Overriding Dimensions in Revit. Say you are putting together a detail that has a dimension in it but for it to look appropriate, things really won't be to scale. 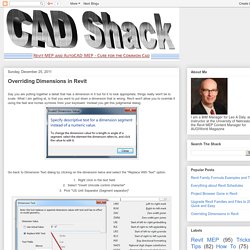 What I am getting at, is that you want to put down a dimension that is wrong. Revit won't allow you to override it using the feet and inches symbols from your keyboard. Instead you get this judgmental dialog. Go back to Dimension Text dialog by clicking on the dimension twice and select the "Replace With Text" option. Right click in the text fieldSelect "Insert Unicode control character"Pick "US Unit Separator (Segment separator)" Type a new dimension into the Text box and click OK.

Wa-Shaw! In the image below these walls are either 8'-0" apart or 1'-6" apart. Follow the same steps and put a space in instead to clear the dimension altogether. I realize that this may be perceived as pure EVIL in the Revit world.... and well, because it is. The Evil Santa Cows says "Moooo, Haha, ha! " Changing Lineweight of Crop Regions. Line Based Detail Item vs Repeating Detail. How to export a schedule from Re... - Autodesk Community. How to Build an App Empire: Can You Create The Next Instagram? Chad Mureta runs his seven-figure app business from his iPhone. 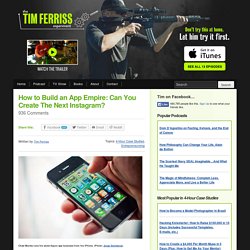 (Photo: Jorge Quinteros). I first met Chad Mureta in Napa Valley in 2011. Two years prior, he had been in a horrible car accident. He’d lost control of his truck in at attempt to avoid a deer, hit a median, and flipped four times, nearly destroying his dominant arm in the wreckage. While in the hospital for a lengthy recovery, a friend gave him an article about the app market. “In just over two years, I’ve created and sold three app companies that have generated millions in revenue.

After finishing rehab, Chad was able to leave his real estate company, where he’d been working 70 hours a week, to run his app business from his iPhone… in less than 5 hours per week. “Apps” are the new, new thing, thanks to major successes like Draw Something (bought by Zynga for $210 million) and Instagram (bought by Facebook for $1 billion), among others. Last but not least, don’t miss the competition at the end. Enter Chad Mureta. Escalalatina: Rendering Your Designs with Diversity.

Tired of seeing Nordic families in representations of Colombian markets and New York hipsters drinking coffee in Mexican cultural centers, a group of self-described “young latinos” have created Escalalatina, a collection of high-resolution images of “people on the road to development” to be used for renderings. 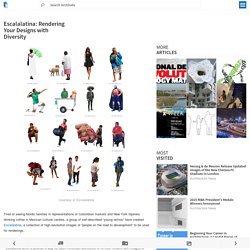 Inspired by Teodor Javanaud Emdén's SKALGUBBAR - a virtual library of people for renders - Escalatina aims to provide a way for Latin American architects to fill their renders with images of local people. All of the images are available in .png format and users can also submit their own images for the site as well. Check out some of the Escalalatina images after the break. Download the people of Escalalatina, here. NBP003 – Why You Need to Embace the ‘Be Everywhere’ Philosophy, with Pat Flynn. Click here to Subscribe to the ‘New Business Podcast’ via iTunes! 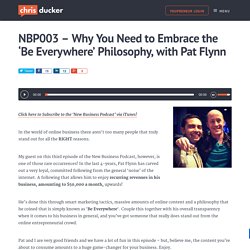 In the world of online business there aren’t too many people that truly stand out for all the RIGHT reasons. My guest on this third episode of the New Business Podcast, however, is one of those rare occurrences! In the last 4-years, Pat Flynn has carved out a very loyal, committed following from the general ‘noise’ of the internet. Internet Business Mastery. Vol.09 Kitchen accessories 3d model. Description Vol.09 Kitchen accessories is a great collection of high quality 3d models for your interior scenes. 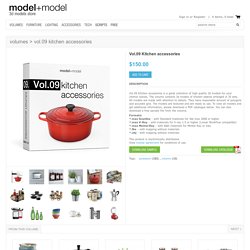 The volume contains 3d models of kitchen objects arranged in 35 sets. All models are made with attention to details. They have reasonable amount of polygons and accurate grid. The models are textured and are ready to use. Formats: Escape the 9-to-5. Make More Money. Start an Internet Business, Now! » Podcast. Straight Out The Jungle. Welcome - Zippy Courses. How to Build a Community Full of Raving Fans, with Jadah Sellner! If you’ve ever worried that giving away your content on social media will stall your efforts to build your email list and grow your empire… worry no more. 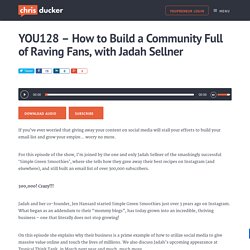 For this episode of the show, I’m joined by the one and only Jadah Sellner of the smashingly successful ‘Simple Green Smoothies’, where she tells how they gave away their best recipes on Instagram (and elsewhere), and still built an email list of over 300,000 subscribers. 300,000! Crazy!!! Jadah and her co-founder, Jen Hansard started Simple Green Smoothies just over 3 years ago on Instagram. How To Design a Membership Site... That Sells For You! I’m a huge fan of lifelong learning. 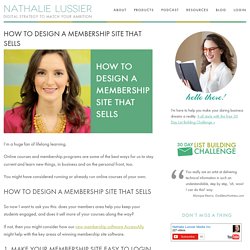 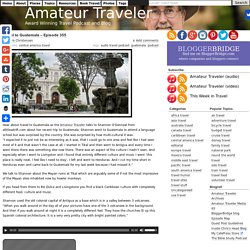 Shannon went to Guatemala to attend a language school but was surprised by the country. She was surprised by how multi-cultural it was. “I expected it to just not be as interesting as it was, that I could go to one area and feel like I had seen most of it and that wasn’t the case at all. 4 Podcasts That You Should Be Listening To. I not only produce podcasts, but I listen to them too. 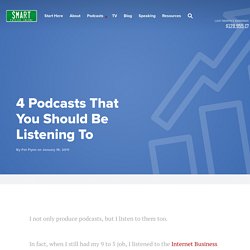 In fact, when I still had my 9 to 5 job, I listened to the Internet Business Mastery Podcast every single weekday for a year, sometimes repeating certain episodes 5 or 6 times in a row. I never had any intention of doing business on my own at the time, but it was just something that really intrigued me and I enjoyed it. And of course, for those of you who know my story, I was eventually laid off, and it was the year of listening to IBM that gave me the inspiration and drive to do business for myself online.

Now that I work from home and have a baby in the mix, I don’t have quite as much time to listen to podcasts as I did before. How To Start A Profitable Membership Site Step By Step. Membership sites can be a great way to earn money online. 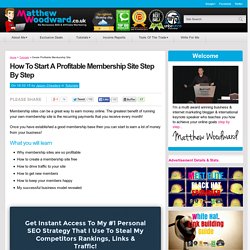 The greatest benefit of running your own membership site is the recurring payments that you receive every month! Once you have established a good membership base then you can start to earn a lot of money from your business! What you will learn. Buy Windows 8.1 Pro. Apptopia Inc. Smarter Business - 95% of businesses using ShopKeep succeed in their first year.