Education Futures in York Region DSB is about creating a dialogue amongst all board stakeholders to best determine direction for the organization in the area of digital learning/digital literacy.

The Stories We Tell about Education Technology. 6 min read This post first appeared on Educating Modern Learners Do the stories that we tell about education technology demand we ask more questions? 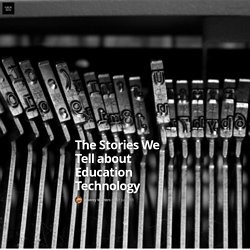 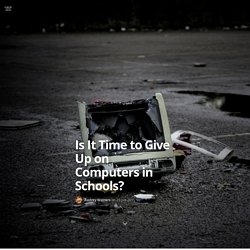 " with Gary Stager, Will Richardson, Martin Levins, David Thornburg, and Wayne D'Orio. It was pretty damn fun. Take one step into that massive shit-show called the Expo Hall and it’s hard not to agree: “yes, it is time to give up on computers in schools.” Perhaps, once upon a time, we could believe ed-tech would change things. Little by little the subversive features of the computer were eroded away: … the computer was now used to reinforce School’s ways.

I think we were naive when we ever thought otherwise. Sure, there are subversive features, but I think the computers also involve neoliberalism, imperialism, libertarianism, and environmental destruction. In the early days of educational computing, it was often up to innovative, progressive teachers to put a personal computer in their classroom, even paying for the computer out of their own pocket. Idea #3: Think Differently About Time. What does this say about us as learners?  Microsoft's HoloLens explained: How it works and why it's different. Has Microsoft suddenly pushed us into the age of "Star Trek" and "Minority Report"? 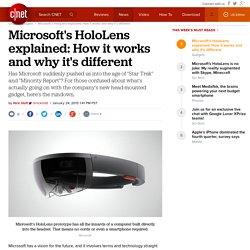 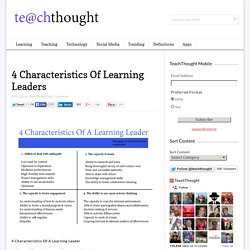 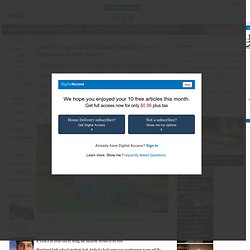 Maryland high school student Jack Andraka had some 500 conference-goers wildly cheering his novel paper strip sensor that can detect cancer in minutes and for pennies. But they also roared their approval for his ideas on levelling the economic playing field so that all young minds, regardless of wealth or ethnicity, have access to the tools and information they need to move science and medicine forward. The Centre for Social Innovation Annex. The Centre for Social Innovation (CSI) owns and operates a beautiful brick & beam building at 720 Bathurst Street in downtown Toronto. 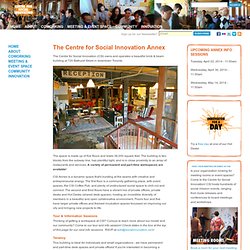 The space is made up of five floors and totals 36,000 square feet. The building is two blocks from the subway line, has plentiful light, and is in close proximity to an array of restaurants and services. Rethinking Scale: Moving Beyond Numbers to Deep and Lasting Change. Cynthia E. 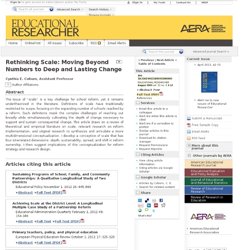 Coburn , Assistant Professor + Author Affiliations Abstract The issue of “scale” is a key challenge for school reform, yet it remains undertheorized in the literature. Definitions of scale have traditionally restricted its scope, focusing on the expanding number of schools reached by a reform. Article Notes. Charting technology’s new directions: A conversation with MIT’s Erik Brynjolfsson. “We’re finally getting at that seminal moment in human history when we can talk to our machines and our machines will understand us in regular, natural language,” says Massachusetts Institute of Technology (MIT) professor Erik Brynjolfsson. 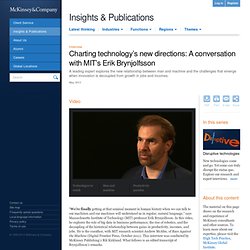 In this video, he explores the role of big data in business performance, the rise of robotics, and the decoupling of the historical relationship between gains in productivity, incomes, and jobs. He is the coauthor, with MIT research scientist Andrew McAfee, of Race Against the Machine (Digital Frontier Press, October 2011). This interview was conducted by McKinsey Publishing’s Rik Kirkland. What follows is an edited transcript of Brynjolfsson’s remarks. Interview transcript Technologies to watch. Disruptive technologies articles and insights. 4. YRDSB DIRECTION.

The Digiital Journey. BYOD in the 21st Century. Blah. 1. Intro. The future of jobs in Canada - Business. Fernando Morales/The Globe and Mail/CP. 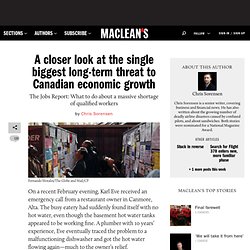 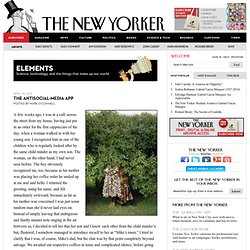 OntarioSnapshop. DigitalLit. Digital Literacy Framework. How to Spot the Future. Photo: Brock Davis Thirty years ago, when John Naisbitt was writing Megatrends, his prescient vision of America’s future, he used a simple yet powerful tool to spot new ideas that were bubbling in the zeitgeist: the newspaper. He didn’t just read it, though.