Why the GOP establishment was so determined to make Marco Rubio happen. Robert Giroux/Getty Images. 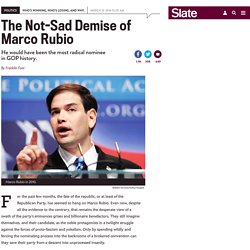 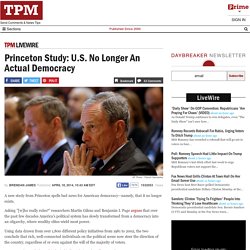 " researchers Martin Gilens and Benjamin I. Page argues that over the past few decades America's political system has slowly transformed from a democracy into an oligarchy, where wealthy elites wield most power. Using data drawn from over 1,800 different policy initiatives from 1981 to 2002, the two conclude that rich, well-connected individuals on the political scene now steer the direction of the country, regardless of or even against the will of the majority of voters. TPM Interview: Scholar Behind Viral 'Oligarchy' Study Tells You What It Means "The central point that emerges from our research is that economic elites and organized groups representing business interests have substantial independent impacts on U.S. government policy," they write, "while mass-based interest groups and average citizens have little or no independent influence. 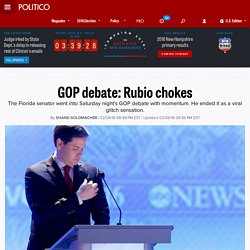 Marco Rubio knew exactly what he was doing on Saturday night. Story Continued Below The problem was he flubbed it. Rubio awkwardly pivoted four times to a well-rehearsed line that President Barack Obama “knows exactly what he’s doing” as he tried to drill home the idea that he’s the inevitable general election candidate – an unforced error that his rivals pounced on and that quickly went viral. “There it is. It was a defining moment as Rubio’s opponents successfully turned two of his greatest strengths — his eloquence and message discipline — against him in the final debate before the New Hampshire primary, casting the Florida senator as a lightweight leader who has been lifted by little more than lofty and canned rhetoric. 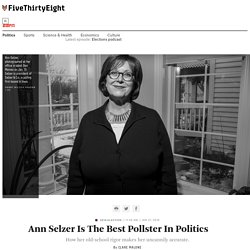 Ann Selzer, photographed at her office in West Des Moines on Jan. 15. Selzer is president of Selzer & Co., a polling firm based in Iowa. ALEX Titles. Putin’s Ambitions for the War Against ISIS. On Tuesday, Vladimir Putin admitted what had been known to Western intelligence services (and, surely, Russian ones, too) for some time: a bomb, likely planted by terrorists with connections to ISIS, brought down a passenger plane flying from Sharm el-Sheikh, Egypt, to St. 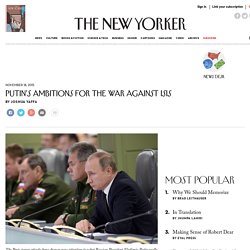 Petersburg, Russia, on October 31st, killing all two hundred and twenty-four people on board. At a meeting of security officials at the Kremlin—the sort of event that is more a show for the Russian state media than a substantive policy session—Alexander Bortnikov, the head of the Federal Security Service (F.S.B.), told Putin that an improvised explosive device equivalent to a kilogram of T.N.T. was to blame. Ted Cruz, the Absolutist. Ted Cruz, the Republican junior senator from Texas, has heard the line about how the Party needs to become more moderate to win Presidential elections. 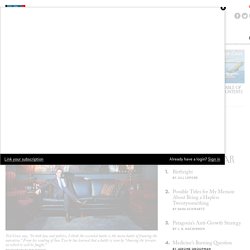 “It is amazing that the wisdom of the chattering class to the Republicans is always, always, always ‘Surrender your principles and agree with the Democrats,’ ” he told me. “That’s been true for my entire lifetime. The chattering classes have consistently said, ‘You crazy Republicans have to give up on what you believe and become more like Democrats.’ And, I would note, every time Republicans do that we lose.” Cruz then offered a short history of recent Presidential politics. As the midterm elections grow closer, with the Presidential race to follow, the Republican Party is still split roughly along the historical lines that Cruz described. Is John Kasich Running for President? The last time John Kasich went to New Hampshire, the visit did not go well. 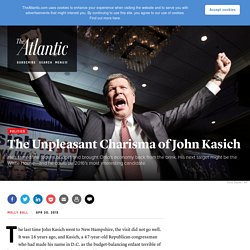 It was 16 years ago, and Kasich, a 47-year-old Republican congressman who had made his name in D.C. as the budget-balancing enfant terrible of the Gingrich revolution, was running for president. Just when Kasich thought he was really connecting with a voter in Lebanon, the woman looked at her watch and asked him when the candidate was going to arrive. A few months later, Kasich’s candidacy was over, a minor footnote to George W. Bush’s steamroll to the GOP nomination. John Kasich: A Jeb Bush In Jon Huntsman Clothing. It reads like a dream résumé for a Republican presidential candidate: nine-term congressman, six-year Fox News host and now twice-elected governor of a crucial swing state. 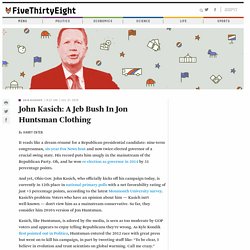 His record puts him snugly in the mainstream of the Republican Party. Oh, and he won re-election as governor in 2014 by 31 percentage points. And yet, Ohio Gov. John Kasich, who officially kicks off his campaign today, is currently in 12th place in national primary polls with a net favorability rating of just +3 percentage points, according to the latest Monmouth University survey. Hamilton College Library - Find It. The Federalist #68. Independent JournalWednesday, March 12, 1788 [Alexander Hamilton] 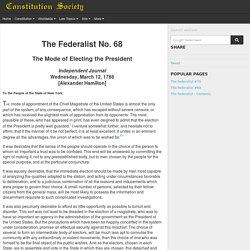 Hamilton College Library - Find It. Should We Reform the Electoral College? Let’s start with the basics: In presidential races, each state has electoral votes equal to the number of its House representatives plus two for its senators. 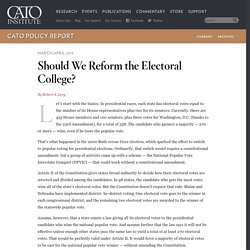 Currently, there are 435 House members and 100 senators, plus three votes for Washington, D.C. The Electoral College. As members of the Electoral College met across the nation on December 13, 2004, an unknown elector from Minnesota earned a footnote in the history books by casting his/her vote, representing 492,000 voters, for vice presidential candidate John Edwards in both president and vice president slots, omitting presidential candidate John Kerry altogether.