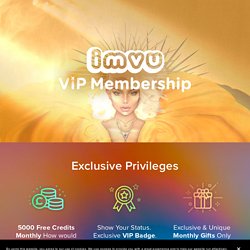 Article Ruslan Solodyuk was performing with Yashka the bear in Olonets as apart of an act when the bear turned on him and attacked. ( Galina Guryeva ) RUSSIA - Onlookers at a Russian circus were horrified Wednesday when a 660-pound brown bear viciously attacked its handler before turning its attention to the audience, prompting officials to launch a criminal investigation. 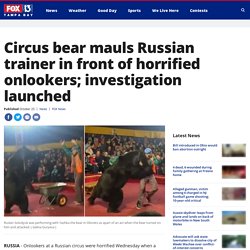 Ruslan Solodyuk was performing with Yashka the bear in Olonets as part of an act where he orders the 16-year-old bear to stand on its two back legs and push around a wheelbarrow. In the video taken by one spectator, the act seems to be going well until the large brown bear turns on Solodiuk and slams him to the ground while biting his arm. Another trainer attempts to intervene by kicking the animal repeatedly. Local media reported that the bear then ventured into the audience area, just a few feet away, before it was subdued with an electric shocker. Neither the trainer nor the bear were seriously injured. R/MurderedByWords - Blows my mind how ignorant some people are. Flappy bird ipa iphone. QR Code Generator - QR Stuff Free QR Code Generator And Creator.

Apple Arcade is a new service, exclusively from the App Store, featuring groundbreaking new games by the world’s most creative developers. 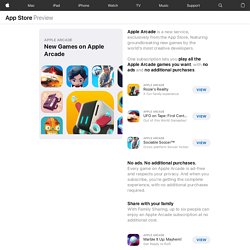 One subscription lets you play all the Apple Arcade games you want, with no ads and no additional purchases. Apple Arcade Rosie's Reality A fun family experience UFO on Tape: First Contact Out of this World Gameplay! Sociable Soccer™ Cross-platform Soccer Action No ads. Share with your familyWith Family Sharing, up to six people can enjoy an Apple Arcade subscription at no additional cost. Marble It Up: Mayhem! Get Ready to Roll! Discolored Restore the missing colors Takeshi and Hiroshi A story about 2 brothers Games in every genreAdventure. ‎Words With More Friends : App Store Story. So you’re a bona fide wordsmith. 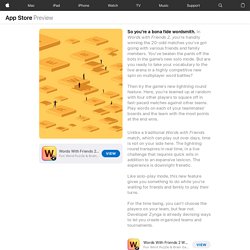 In Words with Friends 2, you’re handily winning the 20-odd matches you’ve got going with various friends and family members. You’ve beaten the pants off the bots in the game’s new solo mode. But are you ready to take your vocabulary to the live arena in a highly competitive new spin on multiplayer word battles? Then try the game’s new lightning round feature. Here, you’re teamed up at random with four other players to square off in fast-paced matches against other teams. ‎Design Your Own Hero : App Store Story. ‎Games for Your Sweet Tooth : App Store Story. 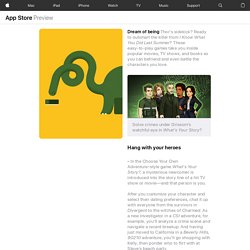 Ready to outsmart the killer from I Know What You Did Last Summer? These easy-to-play games take you inside popular movies, TV shows, and books so you can befriend and even battle the characters you love. Solve crimes under Grissom’s watchful eye in What’s Your Story? ‣ In the Choose Your Own Adventure–style game What’s Your Story? , a mysterious newcomer is introduced into the story line of a hit TV show or movie—and that person is you. After you customize your character and select their dating preferences, chat it up with everyone from the survivors in Divergent to the witches of Charmed. ‎Just Ask Siri : App Store Story. Siri can do a lot more than set alarms and call your friends. 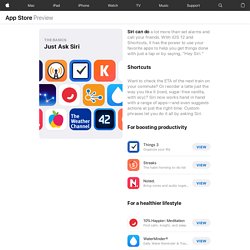 With iOS 12 and Shortcuts, it has the power to use your favorite apps to help you get things done with just a tap or by saying, “Hey Siri.” Want to check the ETA of the next train on your commute? Lgoin. Jump notice. Disney+ Review: An Embarrassing Launch With Bugs Galore. PPSSPP: PSP emulator for Android, iOS, Windows, Linux, MacOSX, Blackberry, Symbian. 3 Easy Ways to Install IPA on iPhone without Jailbreak. Updated Sep 20,2019 | by Cody As you may know, the latest iTunes 12.7 removed the Apps option, so it is not possible to use iTunes to install IPA on iOS device. 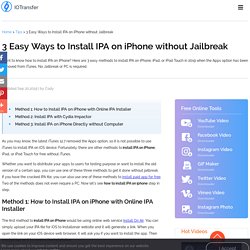 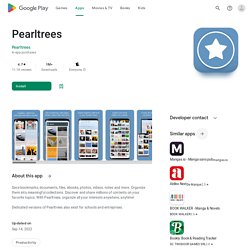 Organize them into meaningful collections. Discover and share millions of contents on your favorite topics. With Pearltrees, organize all your interests anywhere, anytime! Dedicated versions of Pearltrees also exist for schools and entreprises. Media says:"The most elegant and visual way of collecting and sharing online content".