Loneliest Road in America Road Trip: 3 Days Driving Highway 50 Through Nevada. RANDONAUTICA. (7) Gold extraction with BORAX for small-scale miners - Rather Rich & Healthy than Poor & Poisoned. Looney Tunes 1932-1960. POPEYE THE SAILOR MAN COMPILATION: Popeye, Bluto and more! (HD 1080p) (1) 10 Ways to LEVITATE!! (Epic Magic Trick How To's Revealed!) Combing the Beach for Stones and Reorganizing Them Into Something Beautiful. Jon Foreman is a creator of various styles of land art, be it with stones or leaves, inland or on beaches. 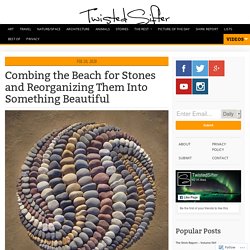 He has even created works in derelict environments using materials such as broken glass or ashes and general debris. (3) San Andreas Fault Tour near Wrightwood. (1) top 10 Strange Mysterious Places to visit in the world. Balance goddess. Unsalted Mining in Cowee Valley North Carolina. 5 Ice Breaker Games For Adults To Spark Lively Discussions. 5 Hours, 15 Buckets And How Much Gold? Kegworks. Rules of Horseshoes. In response to popular request, I've put together a brief description of the game of horseshoes for those interested in playing. 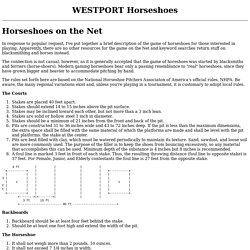 Apparently, there are no other resources for the game on the Net and keyword searches return stuff on blacksmithing and horses instead. 7 Months Update – (Feeding Frenzy) NO filter, NO CO2, NO Ferts 5 Gallon Nano Tank. Gravity is the Only Glue That Holds These Together (18 Photos) Michael Grab (featured previously here and here) is a master of balancing rocks and stones. 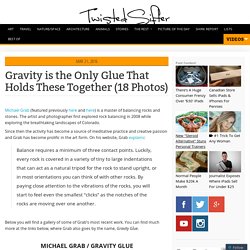 The artist and photographer first explored rock balancing in 2008 while exploring the breathtaking landscapes of Colorado. Since then the activity has become a source of meditative practice and creative passion and Grab has become prolific in the art form. On his website, Grab explains: Balance requires a minimum of three contact points. What Do The Pictures You Choose Say About You? LOL Pics. PEOPLE ARE AMAZING 2017 - [ 2 Hour Edition ] Remember Slinkies? People are Now Doing Awesome Tricks With Them. You think you've seen everything If it were not filmed. Reddit ‘Place’ Gives a Fascinating Glimpse Into Internet Culture and Community. *Update: As of 12:59:29 GMT Place has ended. 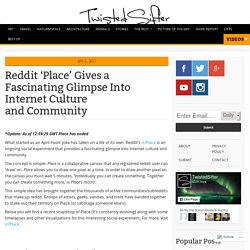 You Can Send A Postcard From Antarctica Once A Year! An Unbelievable Display By Chinese Youths. Ludwig van Beethoven - Moonlight Sonata ( 3rd Movement ) Tina S Cover. People Are Awesome - Vidéos. Across the USA by Train for Just $213. Turns out, you don’t need a car to see America. 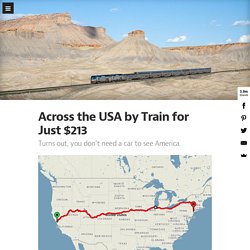 By popular demand, I’ve decided to start a travel planning service specialized in train travel. I’ll answer all your questions, arrange your entire trip, and book all your tickets for a small service fee of $49. Submit your booking request here to get started! Available 2017. Traveling coast-to-coast across the United States by train is one of the world’s greatest travel experiences. Snowboard Flying With a Drone. Dec 21, 2016 Casey Neistat goes snowboard flying with a drone in Finland, and gets way higher in the air than you would think! 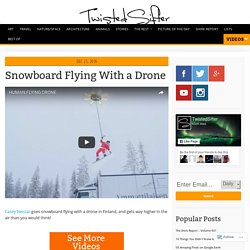 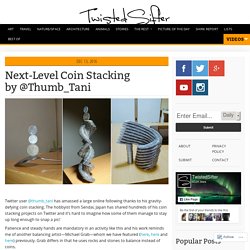 The hobbyist from Sendai, Japan has shared hundreds of his coin stacking projects on Twitter and it’s hard to imagine how some of them manage to stay up long enough to snap a pic! Patience and steady hands are mandatory in an activity like this and his work reminds me of another balancing artist—Michael Grab—whom we have featured (here, here and here) previously. Grab differs in that he uses rocks and stones to balance instead of coins. Below are some of my personal favorites but you can find hundreds more on Twitter by following @thumb_tani! [via Colossal] David Blaine Does a Few Card Tricks on Jimmy Fallon But Saves the Best for Last. Welcome to the Shirk Report where you will find 20 funny images, 10 interesting articles and 5 entertaining videos from the last 7 days of sifting. 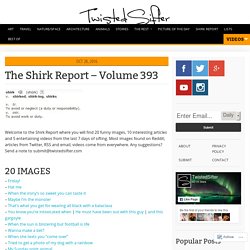 Most images found on Reddit; articles from Twitter, RSS and email; videos come from everywhere. Any suggestions? Send a note to submit@twistedsifter.com. THE AWESOME TRICK WITH TOOTHPICKS. Danny MacAskill’s Latest Adventure Through the Edinburgh Countryside is Awesome. Oct 13, 2016 “Wee Day Out” explores the rural landscape around Edinburgh in a film that sets out to capture the simple fun of a ride in the country with moments of incredible riding and a touch of humor. 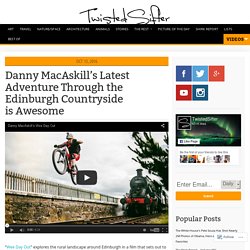 Flawless 15,000 Domino Triple Spiral. Watch This Self-Proclaimed Idiot Hop Freight Trains To Montauk. Two Minutes of Awesome Athleticism. Discover Chile with Jake Blauvelt. Skydiver Jumps Out of Plane With No Parachute and Lands Into Giant Net. Professional skydiver Luke Aikins became the first person to ever jump out of a plane and successfully land on Earth, as he fell back-first into a 30 x 30 meter net set up at the Big Sky movie ranch in Simi Valley, California. 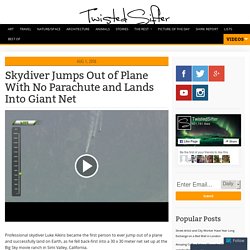 The 42-year-old has done over 18,000 jumps in his career but none as spectacular as this. The stunt was broadcast live on the Fox network for the TV special Stride Gum Presents Heaven Sent, this past weekend. Awesome GIF. Capital - The man who leads with no limbs. The man standing before the stadium-sized crowd held the attention of thousands, in part because of humorous, yet moving, speech about the power of hope. First-Person POV: Climbing the Tallest Skyscraper in Korea. Apr 12, 2016 Climb with daredevils Vitaliy Raskalov and Vadim Makhorov (On the Roofs) as they scale the 555 m (1,821 ft) Lotte World Tower in Seoul, South Korea. Scheduled for completion later this year, it will be the sixth tallest building in the world once finished.

The skyscraper is the third tallest building in Shenzhen, China, and the 28th tallest building in the world. Ice Climbing the Glaciers at the Top of Kilimanjaro. Laso Schaller Sets World Record for Cliff Jumping—at 58.8 Meters (193 ft) Teen Illegally Scales Giza Pyramid and Documents the Entire Thing. The World's Longest Waterslide! By Live More Awesome.