PBS NewsHour live episode, Nov. 26, 2020. TheMet. Maïba: The Lion Queen. One Tree Hill. Bruce Springsteen on Spotify. We and our partners use cookies to personalize your experience, to show you ads based on your interests, and for measurement and analytics purposes. 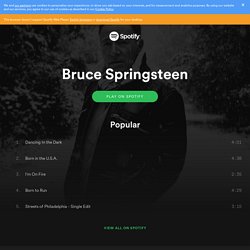 By using our website and our services, you agree to our use of cookies as described in our Cookie Policy. Bruce Springsteen’s recording career spans over 40 years, beginning with 1973's ‘Greetings from Asbury Park, NJ’ (Columbia Records). He has garnered 20 Grammys, won an Oscar and a Tony, been inducted into the Rock and Roll Hall of Fame, received a Kennedy Center Honor and was MusiCares’ 2013 Person of the Year. Springsteen’s memoir ‘Born to Run’ (Simon & Schuster) and its companion album ‘Chapter and Verse’ were released in September 2016, and he was awarded the Presidential Medal of Freedom in November 2016. His historic 236-show run of ‘Springsteen on Broadway’ at Jujamcyn’s Walter Kerr Theatre from October 2017 to December 2018 also yielded an accompanying soundtrack album and Netflix special. 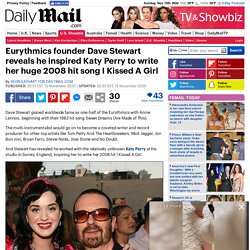 The multi-instrumentalist would go on to become a coveted writer and record producer for other top artists like Tom Petty And The Heartbreakers, Mick Jagger, Jon Bon Jovi, Bryan Ferry, Stevie Nicks, Joss Stone and No Doubt. And Stewart has revealed he worked with the relatively unknown Katy Perry at his studio in Surrey, England, inspiring her to write her 2008 hit I Kissed A Girl. The spark: Dave Stewart revealed he inspired Katy Perry to write her massive 2008 hit song -- I Kissed A Girl -- during sessions at his studio in Surrey, England; the pair are pictured in 2009.

Will Scotland become the new ski destination? The Scottish mountains may be an unlikely beneficiary of the Covid-19 pandemic. 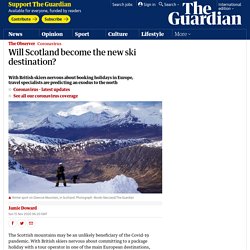 With British skiers nervous about committing to a package holiday with a tour operator in one of the main European destinations, travel specialists are predicting the rise of the DIY ski trip, which could be good news for the Cairngorms. “There’s clearly still an enormous amount of uncertainty about what will happen across the winter season,” said Rob Stewart, founder of Ski Press PR, who represents clients in the ski industry. “The general view is that December – and I’m talking about for UK skiers – will be a write-off in regards to skiing. U2 - All That You Can't Leave Behind 20th Anniversary Q&A. Bob Marley - Is This Love. The Losing End. The☆National. Here Comes The Rain Again. Trump's Election Lawsuits Backfire On Him. Michigan judge rejects demand... The case has been among a series of attempts by Republicans to delay President-elect Joe Biden's win in key states and hand an Electoral College victory to President Donald Trump, by blocking or overriding popular vote results. 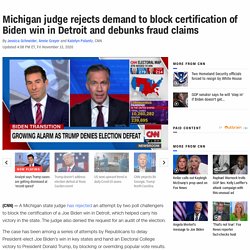 "It would be an unprecedented exercise of judicial activism for this Court to stop the certification process of the Wayne County Board of Canvassers," wrote Chief Judge Timothy Kenny. Attorney David Fink, representing Detroit, said at a hearing Wednesday that blocking the finalization of Michigan's votes would either knock the state out of the Electoral College, kicking the selection of the president to the US House of Representatives, or would allow the Republican-held state legislature to try to seat its own slate of electors. Earlier this month, Kenny also denied a request in a similar lawsuit to stop the certification of election results in Detroit, noting there was no evidence that oversight procedures had not been followed.

The White Feather Foundation. How To Cope With Coronavirus Anxiety. The coronavirus pandemic has brought about seismic changes to our everyday lives. 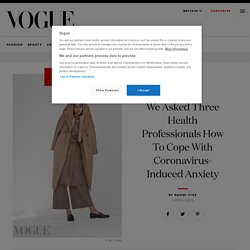 Schools are closed, exams cancelled and most are working from home, with key workers supporting the nation through this unprecedented situation. The rate at which the situation seems to be escalating, coupled with misinformation spreading on social media, means it’s likely many of us will be experiencing heightened anxiety. A recent study conducted by teams at University of Sheffield and Ulster University into the escalating rate of those reporting feelings of anxiety and depression revealed that a peak came after 24 March, coinciding with the evening that prime minister Boris Johnson announced that the UK would be observing a lockdown. As The Guardian reports, young people and those with pre-existing health concerns reported higher rates of anxiety during the survey of 2,000 people.