Project looking glass us government. During Operation Igloo White, 1968 to 1973, camouflaged electronic sensors, like this artificial vegetation, were dropped along the Ho Chi Minh Trail. They detected and transmitted enemy movements to aircraft that relayed the information to air bases in T. 193d Special Operations Wing. The 193d Special Operations Wing (193 SOW) is a special operation unit assigned to the Pennsylvania Air National Guard which flies the EC-130 Commando Solo. 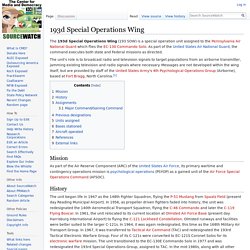 As part of the United States Air National Guard, the command executes both state and Federal missions as directed. The unit's role is to broadcast radio and television signals to target populations from an airborne transmitter, jamming existing television and radio signals where necessary. Messages are not developed within the wing itself, but are provided by staff of the United States Army's 4th Psychological Operations Group (Airborne), based at Fort Bragg, North Carolina.[1] Mission.

Documents expose how Hollywood promotes war on behalf of the Pentagon, CIA and NSA. By Tom Secker and Matthew Alford Published by INSURGE INTELLIGENCE, a crowdfunded investigative journalism project for people and planet. 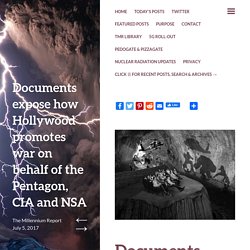 Alleged NASA hacker Claims The US Has Deep Space Warships. As a participant in the Amazon Services LLC Associates Program, this site may earn from qualifying purchases. 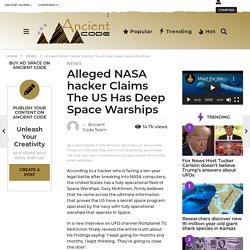 We may also earn commissions on purchases from other retail websites. According to a hacker who is facing a ten-year legal battle after breaking into NASA computers, the United States has a fully operational fleet of Space Warships. (2) Bases 114 Milabs to External Universe Life forms. Our glossary of spy terms. Get this spy lingo right and you might even pass for an intelligence officer yourself Top intelligence officers have helped us create this glossary to share the tricks of their tradecraft. 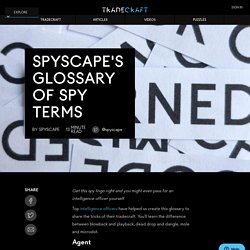 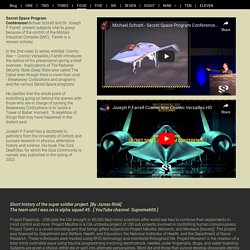 [By James Rink]The team unit I was on is alpha squad 45. [ YouTube channel: Supreme600 ] Project Paperclip - OSS later the CIA brought in 40,000 Nazi mind scientists after world war two to continue their experiments in mind control and more. Mars whistleblower reveals more of his covert military service. Randy Cramer (aka Captain Kaye, USMC s.s.) who claims to have spent 17 years on Mars and three years serving on a secret space fleet has just released his first newsletter. 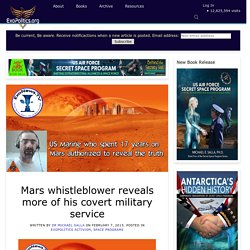 It has his responses to a number of questions from the general public sent to him by email or Facebook. For those that have followed the Captain Kaye material, there will be fascinating details on issues covered more generally in earlier interviews/articles. MHS14: Torture in America: Morgellons, Radiation, Gangstalking. Spirit Warrior. What you need to know about REMOTE VIEWING and looking into the UNKNOWN. Are There Underground Bases in National Parks? Mission Patches - Their Source and Meaning Page 001. This patch is worn by people working for a unit descended from the 413th Flight Test Squadron. 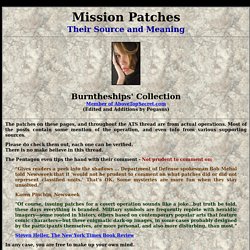 Elements of the former 413th FLTS became a part of the EW Directorate known by its organization code EWAH. Located at North Base at Edwards, EWAH has its own commanding officer who reports directly to the EW Directorate. The collection of 5+1 stars recalls the nickname Area 51, the Air Force's classified "operating location" at Groom Lake. SOURCE: Image: USAF. Secret Insignias From the ‘Black Ops’ World. = The Unveiling of the Hidden Knowledge and the Secret Space Program Chapter 1. The Unacknowledged Special Access Programs: Advanced Technology, Mind-Control, Spiritual Power and the Corruption behind Closed Doors. 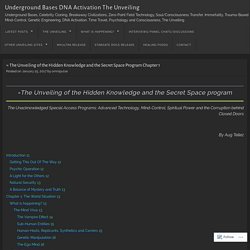 Super Soldier Michael Prince "aka James Casbolt" Project IBIS...MUST WATCH. Exposing the Clandestine/ET Agenda to Control Human Consciousness. A growing number of individuals who have served in military, intelligence or government institutions testify to the presence of extraterrestrial (ET) races that compete among themselves and with clandestine (human) organizations for influence over global humanity. [2] Dr Steven Greer has gathered the testimonies of more than 100 of these witnesses in written and/or video format, and made these available for the general public and for a congressional inquiry. 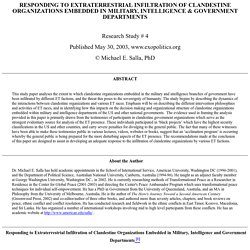 He claims a further 300 are ready to come forward to give testimony, if given legal protection from prosecution for violating their secrecy oaths. [3] The clandestine organizations are groups of individuals embedded within the intelligence and military services of different national governments whose role is to deal with all issues pertaining to the ET presence. [I]n 1954 the race of large nosed Gray Aliens which had been orbiting the Earth landed at Holloman Air Force Base. A basic agreement was reached. SKYNET- America's first neural net defense network super computer. "It wasn't a fair universe, nor a kind one. 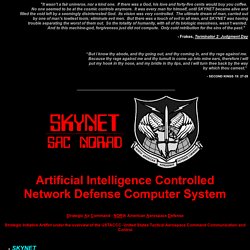 If there was a God, his love and forty-five cents would buy you coffee. No one seemed to be at the cosmic controls anymore. It was every man for himself, until SKYNET became alive and filled the void left by a seemingly disinterested God. Its vision was very controlled. The ultimate dream of man, carried out by one of man's lowliest tools; eliminate evil men. Black Ops Marine & The Ultimate Warrior - ChalPari.com. Please click here to report this video if it infringes copyrights or contains abusive content. Hide(X) Uk.businessinsider. Top 10 Most Well Trained Special Forces On Earth. The world's heros who are ready to do the hardest missions. The Top TenXW 1VoteEBritish SAS Fact - Nearly ALL the worlds Special Forces base their military model on the British SAS. The 6 Most-Secret Units in Military History. Secrecy is one of the best currencies in war, so it’s sometimes best for commanders to keep their best assets hidden from the enemy and the public.

While the military has admitted that most the units on this list existed at some point, a lot of their missions were classified for decades before being disclosed to the public. For the units that are still operating, America still only gets glimpses into their activities. 1. Task Force 88/Task Force Black. Uk.businessinsider. REUTERS/Mian Khursheed Elite special forces are some of the best-trained and most formidable units a country can boast. They go where other soldiers fear to tread, scoping out potential threats, taking out strategic targets, and conducting daring rescue missions. These really are the best of the best. Although it's extremely difficult to rank these forces relative to one another, there are some units that rise above the rest in their track record and the fear they instill in their adversaries.

6 Military Units Whose Training Would Traumatize Rambo. If you haven't guessed by their names, special operations forces are all about finding men who can perform wartime tasks above and beyond those performed by the average soldier. America’s Secret War in 134 Countries. Definition of the military term covert operation. 10 Of the Craziest Covert Operations And Rescue Missions. ‘Top Secret America’: A look at the military’s Joint Special Operations Command.

The CIA’s armed drones and paramilitary forces have killed dozens of al-Qaeda leaders and thousands of its foot soldiers. 5 Famous WWII Covert Operations - History Lists. Dark Secrets of the Order. A "False Flag" Introduction for Those Who Don’t Get It. Utplay.com - Search your Video. Domestic Terrorism. Psychic Soldiers: The U.S. Military's Paranormal Program - Psychological Operations (2005) PROPAGANDA / SOCIAL ENGINEERING AND THE MANUFACTURING OF HUMAN THOUGHT. International Center Against Abuse of Covert Technologies: What should you do? 25 Most Top Secret Military Operations in History. What FACEBOOK and GOOGLE are Hiding from world. Blackwater: the World’s Most Powerful Mercenary Army. Blackwater: The Rise of the World’s Most Powerful Mercenary Army by Jeremy Scahill (2008 with 2013 epilogue) is an in-depth examination of the systematic privatization of the US military. In 1988, as Secretary of Defense to Bush senior, Dick Cheney initiated the process of outsourcing military training and security and intelligence roles to private companies.