Google Drones. Facebook. I Have Seen The Future, And Its Sky Is Full Of Eyes. Allow me just a little self-congratulatory chest-beating. Four years ago I started writing a near-fiction thriller about the risks of swarms of UAVs in the wrong hands. Everyone I talked to back then (including my agent, alas) thought the subject was implausible, even silly. Well, it’s not like I’m the next Vernor Vinge — it always seemed like a pretty blatantly obvious prediction to me — but I am pleased to see that drones and drone swarms have finally become the flavor of the month. In the last month, the Stanford Law Review has wrung its hands about the “ethical argument pressed in favor of drone warfare,” while anti-genocide activists have called for the use of “Drones for Human Rights” in Syria and other troubled nations; the UK and France declared a drone alliance; and a new US law compels the FAA to allow police and commercial drones in American airspace, which may lead to “routine aerial surveillance of American life.” 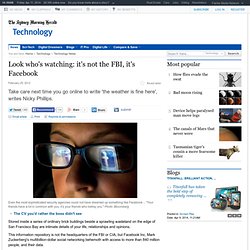 Facebook Says It May Be Allowing 'Too Much' Free Speech In Some Nations. Pentagon Wants a Social Media Propaganda Machine. You don’t need to have 5,000 friends of Facebook to know that social media can have a notorious mix of rumor, gossip and just plain disinformation. 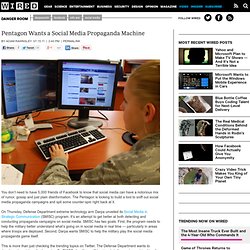 The Pentagon is looking to build a tool to sniff out social media propaganda campaigns and spit some counter-spin right back at it. The Power of the IDEA. A thousand pardons if i have offended anyone.... Press Push. The Great Hoax. Technology News. How PIPA and SOPA Violate White House Principles Supporting Free Speech and Innovation. Over the weekend, the Obama administration issued a potentially game-changing statement on the blacklist bills, saying it would oppose PIPA and SOPA as written, and drew an important line in the sand by emphasizing that it “will not support” any bill “that reduces freedom of expression, increases cybersecurity risk, or undermines the dynamic, innovative global Internet. 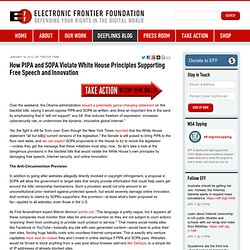 " Yet, the fight is still far from over. Even though the New York Times reported that the White House statement "all but kill[s] current versions of the legislation," the Senate is still poised to bring PIPA to the floor next week, and we can expect SOPA proponents in the House to try to revive the legislation—unless they get the message that these initiatives must stop, now. How to Remove Your Google Search History Before Google's New Privacy Policy Takes Effect. [UPDATE 2/22/2012] It is important to note that disabling Web History in your Google account will not prevent Google from gathering and storing this information and using it for internal purposes. 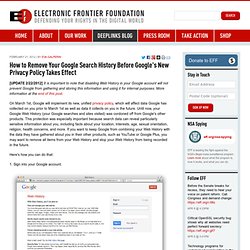 More information at the end of this post. On March 1st, Google will implement its new, unified privacy policy, which will affect data Google has collected on you prior to March 1st as well as data it collects on you in the future. Until now, your Google Web History (your Google searches and sites visited) was cordoned off from Google's other products. This protection was especially important because search data can reveal particularly sensitive information about you, including facts about your location, interests, age, sexual orientation, religion, health concerns, and more. 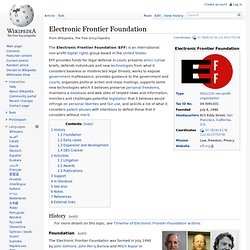 History[edit] Foundation[edit] In April 1990, Barlow had been visited by a U.S. Federal Bureau of Investigation agent in relation to the theft and distribution of the source code for a series of Macintosh ROMs. Barlow described the visit as "complicated by [The Agent's] fairly complete unfamiliarity with computer technology. Defending your rights in the digital world. CNET. CNET (stylized as c|net) is an American media website that publishes reviews, news, articles, blogs, podcasts and videos on technology and consumer electronics globally. 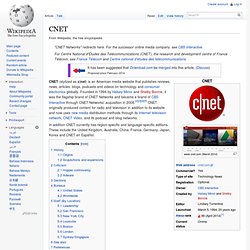 Founded in 1994 by Halsey Minor and Shelby Bonnie, it was the flagship brand of CNET Networks and became a brand of CBS Interactive through CNET Networks' acquisition in 2008.[2][3][4][5] CNET originally produced content for radio and television in addition to its website and now uses new media distribution methods through its Internet television network, CNET Video, and its podcast and blog networks. 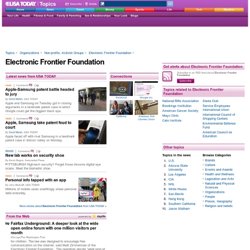