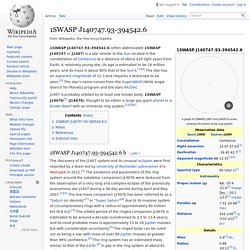 From Earth's point of view, the ring system appears about 3.7 milliarcseconds across. j1407_exorings [Matthew Kenworthy] The Star J1407 is a 0.9 Solar mass, 16 million year old star that is part of the Sco-Cen OB Association. 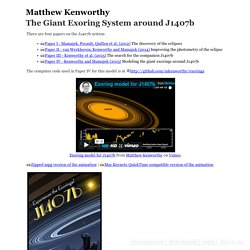 Due to its youth, it is slightly hotter and brighter than you would expect for a nearly Solar mass star - it will eventually settle down onto the Main Sequence near the Sun's present position. The star is about 133 parsecs away in the Southern hemisphere, and is a 12th magnitude star. Most of the time, it has an almost constant brightness. Threshold S01E01 HD - Trees Made of Glass: Part 1, Season 01 - Episode 01 Full Free. Sci-fi Short. 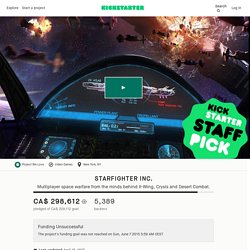 We all played the hell out of X-Wing, Wing Commander, and that entire generation of amazing space combat games. That’s why we’re so excited to be creating the next game in that rich lineage: STARFIGHTER INC., a hardcore team-based PvP multiplayer space shooter in the vein of X-Wing vs. Tie-Fighter. We want to recapture the intensity and excitement of those games and provide a fresh experience via modern graphics, new gameplay, and awesome gear derived from the science of today and tomorrow.

Thank you so much for joining us on this adventure. In short, Starfighter Inc. is: All About Combat. Realism Done Right. Unparalleled Customization. We want to give our community unprecedented access into the creation of this game, so we'll be adding loads more information to this page as our Kickstarter campaign goes on. It’s 2230. Blue Stahli - Kill Me Every Time. Obi-Wan vs Slave I - Attack of the Clones [1080p HD] Sci fi - Search - dafont.com. Blue Stahli - Suit Up. Blue Stahli - "Kill Me Every Time" 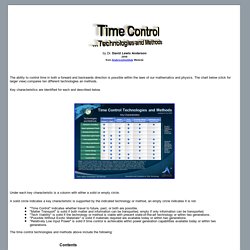 David Lewis Anderson from AndersonInstitute Website The ability to control time in both a forward and backwards direction is possible within the laws of our mathematics and physics. The chart below (click for larger view) compares ten different technologies an methods. Key characteristics are identified for each and described below. Paul pepera : game art portfolio. Dreadnaught: 12 Minutes of Gorgeous, Direct-Feed Space Battles - PAX South 2015. Rings of Saturn. The full set of rings, imaged as Saturn eclipsed the Sun from the vantage of the Cassini orbiter, 1,200,000 km (746,000 mi) distant, on 19 July 2013 (brightness is exaggerated). 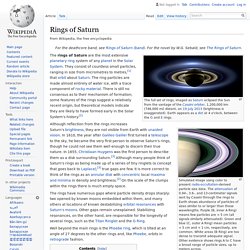 Earth appears as a dot at 4 o'clock, between the G and E rings. Simulated image using color to present radio-occultation-derived particle size data. The attenuation of 0.94-, 3.6-, and 13-centimeter signals sent by Cassini through the rings to Earth shows abundance of particles of sizes similar to or larger than those wavelengths. Purple (B, inner A Ring) means few particles are < 5 cm (all signals similarly attenuated). Green and blue (C, outer A Ring) mean particles < 5 cm and < 1 cm, respectively, are common. The rings have numerous gaps where particle density drops sharply: two opened by known moons embedded within them, and many others at locations of known destabilizing orbital resonances with Saturn's moons. 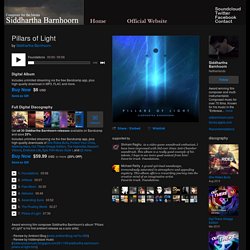 My aim with this album was to create a collection of evolving, spacial ambient pieces and to structure those into a coherent, organic musical experience. The album touches upon themes like space and time, dynamics and silence, darkness and light with hints of mysticism. Aiming to express a sense of timelessness in the music. 25 Strangest Things Found In Outer Space. Neutron star. Simulated view of a neutron star. 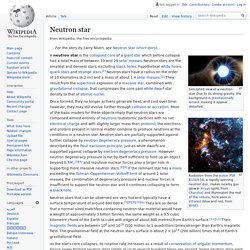 Due to its strong gravity, the background is gravitationally lensed, making it appear distorted. A neutron star is the collapsed core of a giant star which before collapse had a total mass of between 10 and 29 solar masses. Neutron stars are the smallest and densest stars, excluding black holes, hypothetical white holes, quark stars and strange stars.[1] Neutron stars have a radius on the order of 10 kilometres (6.2 mi) and a mass of about 1.4 solar masses.[2] They result from the supernova explosion of a massive star, combined with gravitational collapse, that compresses the core past white dwarf star density to that of atomic nuclei. Magnetar. Artist's conception of a magnetar, with magnetic field lines. 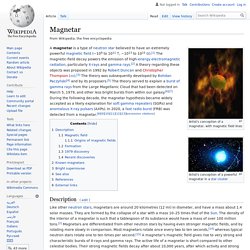 "Impossible" Pulsar Breaks the Rules. Impossible "Neutron Star" Shatters Theory. When you get too close to a Pulsar - Neutron Stars. Black Holes and other Cosmic Monsters - The Universe Documentary - Full HD. Researchers show that silicon can reproduce physical phenomena exploited by high-end telecommunications devices. The Semiconductor Industry Association has estimated that at current rates of increase, computers' energy requirements will exceed the world's total power output by 2040. 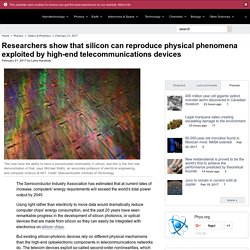 Using light rather than electricity to move data would dramatically reduce computer chips' energy consumption, and the past 20 years have seen remarkable progress in the development of silicon photonics, or optical devices that are made from silicon so they can easily be integrated with electronics on silicon chips.

By David Salisbury | Feb. 17, 2017, 8:00 AM | Want more research news? Subscribe to our weekly newsletter » Smartphone freeze? Subatomic particles from outer space could be to blame. Physicists have detected a friction-like force in a perfect vacuum. One of the most fundamental tenets of modern physics is that in a perfect vacuum - a place entirely devoid of matter - no friction can possibly exist, because empty space cannot exert a force on objects travelling through it.

But despite the conventional wisdom, physicists in the UK discovered that a decaying atom travelling through a complete vacuum would experience a friction-like force, and now they've figured out how this reinforces - rather than breaks - Einstein's theory of general relativity. "We spent ages searching for the mistake in the calculation and spent even more time exploring other strange effects until we found this (rather simple) solution," one of the team, Matthias Sonnleitner from the University of Glasgow told Lisa Zyga at Phys.org.

Ionizing radiation - Wikipedia. Radiation that carries enough light energy to liberate electrons from atoms or molecules Ionizing radiation (ionising radiation) is radiation that carries sufficient energy to detach electrons from atoms or molecules, thereby ionizing them. Ionizing radiation is made up of energetic subatomic particles, ions or atoms moving at high speeds (usually greater than 1% of the speed of light), and electromagnetic waves on the high-energy end of the electromagnetic spectrum. Typical ionizing subatomic particles found in radioactive decay include alpha particles, beta particles and neutrons. Radiation sickness Symptoms. The severity of signs and symptoms of radiation sickness depends on how much radiation you've absorbed. How much you absorb depends on the strength of the radiated energy and the distance between you and the source of radiation.

Signs and symptoms also are affected by the type of exposure — such as total or partial body and whether contamination is internal or external — and how sensitive to radiation the affected tissue is. For instance, the gastrointestinal system and bone marrow are highly sensitive to radiation. Solar particle event - Wikipedia. A Solar Flare, image taken by the TRACE satellite (photo by NASA) A solar proton event (SPE), or "proton storm", occurs when particles (mostly protons) emitted by the Sun become accelerated either close to the Sun during a flare or in interplanetary space by CME shocks. The events can include other nuclei such as helium ions and HZE ions. These particles cause multiple effects. They can penetrate the Earth's magnetic field and cause ionization in the ionosphere.

The effect is similar to auroral events, except that protons rather than electrons are involved. Diacritice (ăâîşţ) - transformă automat în text cu diacritice!