How to choose cross-platform app development tools. Companies are no longer running on single platforms such as Windows. 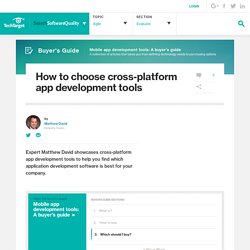 Today, your company supports phones, tablets and emerging technologies such as smartwatches and the promise of highly connected devices and sensors known as the Internet of Things. Many enterprises are now supporting many platforms with the leaders being Windows, Web, Apple's iOS and Google's Android. Best Cross Platform Mobile Development Tools: Pros and Cons. In the recent years, mobile computing and mobile app development has evolved to a great extent with technology up-gradation in both hardware and software. 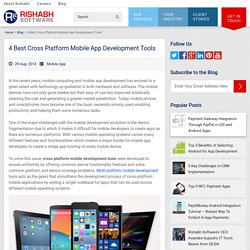 The mobile devices have not only gone sleeker but their easy of use has improved drastically, pleasing the user and generating a greater market penetration. Today, mobile phones and smartphones have become one of the basic necessity among users enabling productivity and helping them solve numerous tasks. One of the major challenges with the mobile development evolution is the device fragmentation due to which it makes it difficult for mobile developers to create apps as there are numerous platforms. 10 Best Hybrid Mobile App UI Frameworks: HTML5, CSS and JS. Native developers love working with native code but that doesn't always go well with the business case or result in effective use of effort and time. 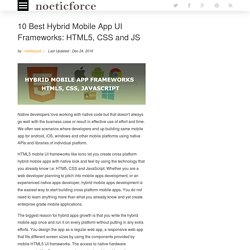 You do not need to learn anything more than what you already know and yet create enterprise grade mobile applications. Over the last few weeks, I have been busy evaluating the HTML5 mobile UI/UX frameworks. Ionic You can read more about Ionic at - ionicframework. Top 5 Mobile App Development Tools. Hundreds of millions of users across the world use mobile apps on a daily basis. 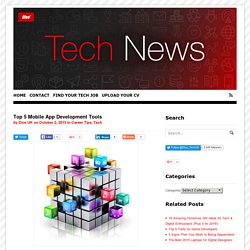 Developers like the flexibility of developing a mobile app in a programming language they are familiar with and have that deployed to multiple app stores with little or no effort. In this article, we look at top 5 mobile app development tools that enable developers to build cross platform mobile apps. Adobe PhoneGap If you are a first time mobile app developer, Adobe PhoneGap is for you. As a developer you will already be familiar with HTML5, CSS and JavaScript. It also integrates with the Git version control system, hence simplifying your build and deploy pipeline. Xamarin Xamarin is one of the most popular mobile app development tools and is perfectly suited for C# developers as code written in C# can be used to create apps for iOS and Android. 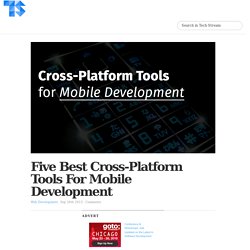 Although cross-platform development does have certain disadvantages, it allows reducing development time and costs, which is a great advantage for many companies. Luckily, there are lots of cross-platform development tools that allow building excellent apps that look and feel native on multiple platforms and devices. The New Age of Cross-Platform Mobile App Development. To build a mobile app, the first thing to decide used to be which platform to target first. 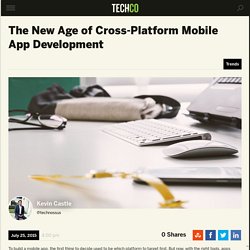 But now, with the right tools, apps can be developed once to run on every platform. Everyone has heard that promise before. Cross-platform mobile app development tools have been around for a while, but historically, they haven’t lived up to expectations. The vision promised that instead of hiring separate developers to build different apps for different platforms, one developer or team could write code that would become an app for multiple mobile platforms. But the reality was much messier. But recently, new advances have made cross-platform mobile app development worth another look. The Rise and Fall of HTML5 At one point not so long ago, HTML5 was supposed to make the question of native vs. cross-platform mobile app development irrelevant. For a time, Facebook was a poster child for hybrid mobile apps, using HTML5 to create versions of its application across all platforms. A common language.

8 Marvelous Tools To Proficiently Develop Awesome Cross Platform Apps. While the explosion of mobile devices has offered end users with myriads of mobile devices exhibiting a range of remarkable features, it has complicated the mobile app developers' job. 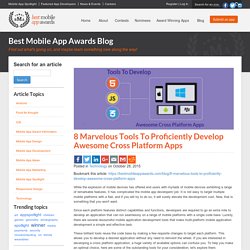 It is not easy to target multiple mobile platforms with a flair, and if you will try to do so, it will surely elevate the development cost. Now, that is something that you won't want.