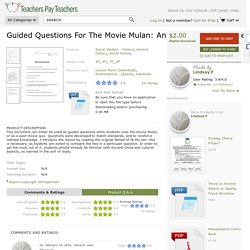 &nbsp; <a href=" target="_blank">See how this improves your TpT experience</a>. </span></div> About Us | For Schools | Gift Cards | Help All Categories. Mulan - Topics: World/China; Mythology; Helpful Background: Chinese civilization began more than 4,000 years ago, at the beginning of human civilization. 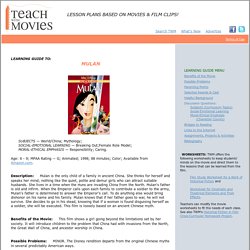 China has a larger population than any other country, comprising one and one quarter billion people, more than 1/5th of all human beings. China has the second largest land mass of any country in the world. Only Canada is larger. China: Teaching Buddhism Confucianism Taoism... by Greg's Goods - Making History Fun. <div class="deployment_message_block"><span> Hi, You need to enable javascript on your browser to use TpT. 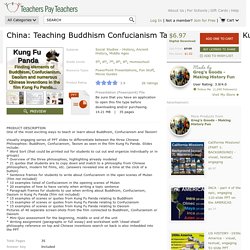 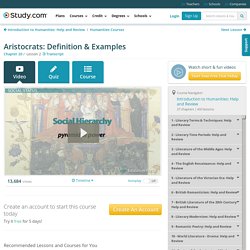 Read this lesson to learn some key ideas and read about some examples throughout history. Explore our library of over 10,000 lessons Click "next lesson" whenever you finish a lesson and quiz. Got It You now have full access to our lessons and courses. You're 25% of the way through this course! Chinese philosophy and religion. ANCIENT CHINA song by Mr. Nicky. Chinese Culture. Yangtze River – the Longest River in China. TEP-546-Ancient-China - A. Unit Overview. 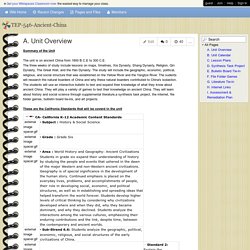 The three weeks of study include lessons on maps, timelines, Xia Dynasty, Shang Dynasty, Religion, Qin Dynasty, The Great Wall, and the Han Dynasty. TEP-546-Ancient-China - E. Bulletin Board Tie-In. This is a description for how the bulletin board you designed earlier will be tied into your unit and used by your students. 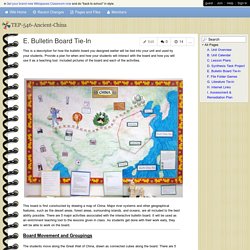 Provide a plan for when and how your students will interact with the board and how you will use it as a teaching tool. Included pictures of the board and each of the activities. This board is first constructed by drawing a map of China. Major river systems and other geographical features, such as the desert areas, forest areas, surrounding islands, and oceans, are all included to the best ability possible.

There are 5 major activities associated with the interactive bulletin board. China's Three Gorges Dam: An Environmental Catastrophe? SHANGHAI—For over three decades the Chinese government dismissed warnings from scientists and environmentalists that its Three Gorges Dam—the world's largest—had the potential of becoming one of China's biggest environmental nightmares. 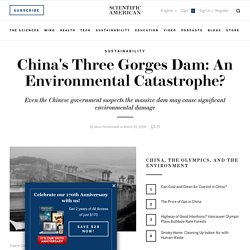 But last fall, denial suddenly gave way to reluctant acceptance that the naysayers were right. Chinese officials staged a sudden about-face, acknowledging for the first time that the massive hydroelectric dam, sandwiched between breathtaking cliffs on the Yangtze River in central China, may be triggering landslides, altering entire ecosystems and causing other serious environmental problems—and, by extension, endangering the millions who live in its shadow. Government officials have long defended the $24-billion project as a major source of renewable power for an energy-hungry nation and as a way to prevent floods downstream. China Map Quiz/Printout. Kung fu panda repro3. Chinese Geography: Readings and Maps.

Rivers, Borders and Civilization Major Rivers China's two major rivers, the Huang He (Yellow River) and the Chang Jiang (Yangzi or Yangtze River), as well as the Pearl River (Zhu Jiang) delta system marked by the Xi Jiang (West River) in southeastern China, have provided the framework for agricultural development and population growth throughout China's history. 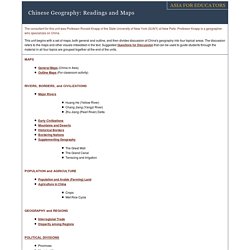 Another river, the Heilong Jiang (known also as the Amur River, its Russian name) marks the border between China and Russia; at times in the past, this area was one of confrontation between the neighbors. The drainage basins of China's rivers differ in terms of extent and topography, offering varying opportunities for agricultural development. Because some of China's largest rivers have their source regions on the high Qinghai-Tibetan Plateau and drop great distances over their middle and lower courses, China is rich in hydroelectric resources. Huang He (Yellow River). Chang Jiang (Yangzi River). Zhu Jiang (Pearl River) Delta. HPR115. China's Land and its People China's place in the world Geography matters - and sometimes it matters a lot - which is a bit unfortunate since too many people have a really bad sense of geography. 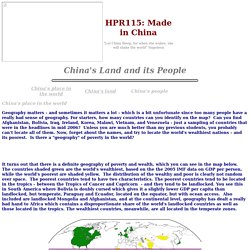 For starters, how many countries can you identify on the map? China Physical Geography Label-Me Map. Great Wall of China - Facts & Summary. Despite its long history, the Great Wall of China as it is exists today was constructed mainly during the mighty Ming dynasty (1368-1644). 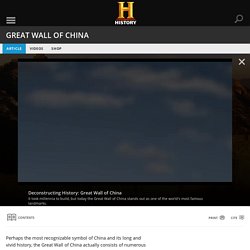 Like the Mongols, the early Ming rulers had little interest in building border fortifications, and wall building was limited before the late 15th century. In 1421, the Ming emperor Yongle proclaimed China’s new capital, Beijing, on the site of the former Mongol city of Dadu. Under the strong hand of the Ming rulers, Chinese culture flourished, and the period saw an immense amount of construction in addition to the Great Wall, including bridges, temples and pagodas. The construction of the Great Wall as it is known today began around 1474. After an initial phase of territorial expansion, Ming rulers took a largely defensive stance, and their reformation and extension of the Great Wall was key to this strategy.