In a Nutshell About. Kurzgesagt (German for „in a nutshell“) is a Munich based youtube channel and design studio with a distinctive perspective on design, color and story telling. 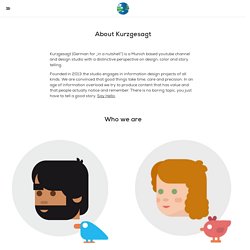 Founded in 2013 the studio engages in information design projects of all kinds. We are convinced that good things take time, care and precision. In an age of information overload we try to produce content that has value and that people actually notice and remember. Majority World - Features. Majority World Opening doors, opening minds Advanced Search Sign InRegister Features Stories from Africa, Asia, Latin America and the Middle East_ To enquire about licensing features for publication, please contact us or fill in the picture request form quoting the MWF code. 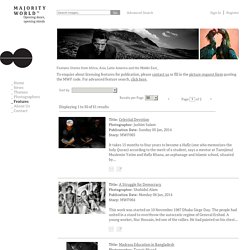 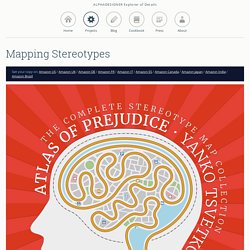 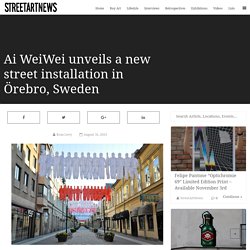 The 300-meter long work is a vivid comment on the harsh working conditions faced by factory workers in China, coupled with their mundane and repetitive tasks.The artwork consists of 375 workers’ uniforms, hanged in above and along köpmangatan – translated as Merchants’ Street, the most commercial street in the city of Örebro in Sweden. Joan Cornellà. Infografika Archives - LogioLogio. Inspiromat. Hungry Planet Family Food Portraits - Images. About Us. Of course we don’t literally believe Africa is a Country. 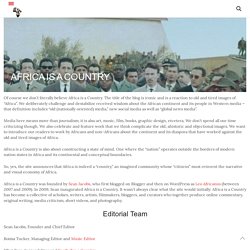 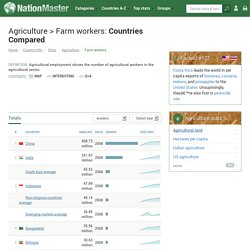 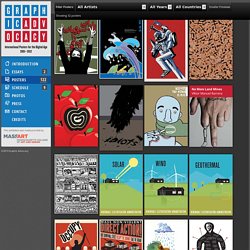 This is one of a pair of posters I created in 2010 to illustrate the devastating impact of earthquake-caused tsunamis. Tama Art University Earthquake Support Project. Past Exhibitions - 2013 - RIC - Exhibitions. HUMAN RIGHTS HUMAN WRONGSJanuary 23 – April 14, 2013Curator: Mark SealyMain Gallery WARNING: Please be aware, this exhibition contains photographs that may be disturbing to viewers due to the graphic or violent nature of the subject matter. 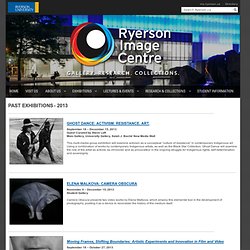 Viewer discretion and parental guidance are advised. Using the 1948 Universal Declaration of Human Rights as a point of departure, HUMAN RIGHTS HUMAN WRONGS examines whether images of political struggle, suffering and victims of violence work for or against humanitarian objectives, especially when considering questions of race, representation, ethical responsibility and the cultural position of the photographer. Featuring more than 300 original prints from the prestigious Black Star Collection, HUMAN RIGHTS HUMAN WRONGS begins circa 1945 and includes photographs of well-known Civil Rights Movement events such as the Selma to Montgomery March and Martin Luther King’s “I Have a Dream” speech. Kayhan's Artivism Blog.

Kayhan Irani is an Emmy award winning writer, a performer and a Theater of the Oppressed trainer. 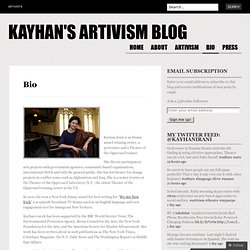 She directs participatory arts projects with government agencies, community based organizations, international NGOs and with the general public. She has led theater for change projects in conflict zones such as Afghanistan and Iraq. She is a senior trainer at the Theater of the Oppressed Laboratory N.Y.; the oldest Theater of the Oppressed training center in the US. In 2010 she won a New York Emmy award for best writing for “We Are New York” a 9-episode broadcast TV drama used as an English language and civic engagement tool for immigrant New Yorkers. 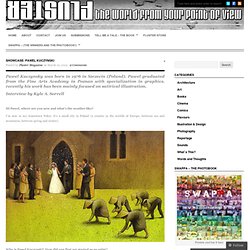 Home. Editorial Cartoon Africa has a unique chance at this historic time to make a leap in its development through prudent use of its resources. It should do everything to grab it. This arises from the renewed scramble for its resources by among others, the fast growing economies of China and India, whose demand for energy and various raw materials is literally insatiable. Cartoon by Shadi Ghanim 15/11/2013. Visual Culture » Missing The Point. Good 50X70 is a humanitarian effort that just completed its second annual competition. Their mission is to cultivate a creative community that channels its talents for the greater good by addressing some of the most pressing issues of our time.

More to the point, Good 50×70’s competitions provide an excellent venue for designers to unite and share their ideas and individual perspectives while bringing awareness to specific social concerns. Incredible Sketchbook Drawings By Mattias Adolfsson.