Youtube. The Story of Human Rights. This Is What Recess Looks Like Around The World. Two-dad babies could soon be a reality. For the past 800 years, we’ve all blamed dirty, flea-infested rats for spreading the bubonic plague throughout Europe. 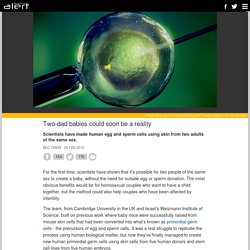 But now a new study has revealed that these rodents may not have been to blame at all. In fact, according to climate evidence from the time, it was probably gerbils - cute, innocent looking gerbils - that spread the Black Death. I know, we were as shocked as you are. But in a new paper published in the Proceedings of the National Academy of Sciences, researchers from the University of Oslo in Norway looked back at climate data from the 14th century and found that it just wouldn’t have made sense for rats to have started the outbreak.

“For this, you would need warm summers, with not too much precipitation,” Nils Christian Stenseth, an author of the study, told Rebecca Morelle from the BBC. MUST-WATCH: Paralyzed boy makes video - "I am happy to be me” - to inspire us all. Kids Stuff. One Human Family, Food for All. Social sciences curriculum achievement objectives / Social sciences / Learning areas / The New Zealand Curriculum / Curriculum documents. Social sciences / Learning areas / The New Zealand Curriculum. Unuhia te rito o te harakeke kei whea te kōmako e kō? 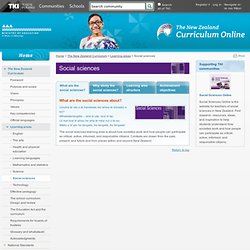 Whakatairangitia – rere ki uta, rere ki tai;Ui mai koe ki ahau he aha te mea nui o te ao,Māku e kī atu he tangata, he tangata, he tangata! The social sciences learning area is about how societies work and how people can participate as critical, active, informed, and responsible citizens. Contexts are drawn from the past, present, and future and from places within and beyond New Zealand. 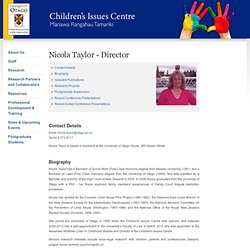 Nicola Taylor has a Bachelor of Social Work (First Class Honours) degree from Massey University (1981) and a Bachelor of Laws (First Class Honours) degree from the University of Otago (1998). She was admitted as a Barrister and Solicitor of the High Court of New Zealand in 2000. In 2006 Nicola graduated from the University of Otago with a PhD - her thesis explored family members' experiences of Family Court dispute resolution processes.

Nicola has worked for the Dunedin Child Abuse Pilot Project (1980-1982), the Gisborne-East Coast Branch of the New Zealand Society for the Intellectually Handicapped (1982-1985), the National Advisory Committee on the Prevention of Child Abuse (Wellington, 1985-1988) and the National Office of the Royal New Zealand Plunket Society (Dunedin, 1988-1995). Taylor, N.J., & Smith, A.B. 12 Questions To Promote Self-Knowledge In Students. Merging Metacognition & Citizenship by Terry Heick Ed note: This post has been updated from a previous post in 2013. Why should someone learn? Envisioning: The Future of Money. Social Studies Methods Resources.

State of play: school playgrounds from Kenya to Japan. Paso Payita schoolAramasi, Chuquisaca, Bolivia, photographed 9 August 2011 Situated in a remote area on rough terrain 3,000m above sea level, the school has two teachers and 31 students aged from six to 12 years. 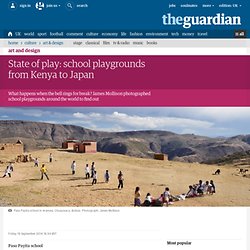 Many students have to walk several miles to school. A road to the village was built only 15 years ago and there are no cars or buses. PIF-2014-gender-international-version.pdf. 2014 Diversity Calendar: Holidays from Around the World. Kids Around the World and Where they Live. Kids around the world are curious about their peers. 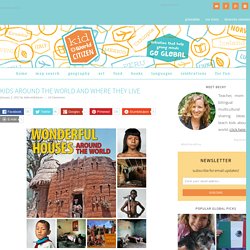 Whenever we visit a friend’s house, my kids inevitably want to go see their bedroom. Chimamanda Ngozi Adichie: The danger of a single story. Kawerau: Town that turned its prospects around. A new experiment is raising young people’s aspirations in our poorest town, Kawerau. 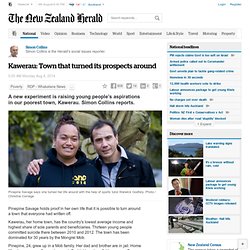 Simon Collins reports. Pinepine Savage holds proof in her own life that it is possible to turn around a town that everyone had written off. Kawerau, her home town, has the country's lowest average income and highest share of sole parents and beneficiaries. Thirteen young people committed suicide there between 2010 and 2012. A Life Like Mine: How Children Live Around the World by UNICEF (United Nations Children's Fund) What are human rights? - social studies activities. President Obama’s Address to Congress 2/24/09 – Education in the Word Cloud Top 25! Note: For full web version of President Barack Obama's speech to Congress Feb 24, 2009 click here. 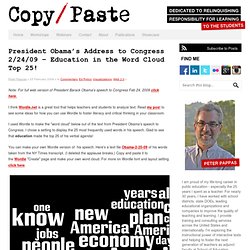 I think Wordle.net is a great tool that helps teachers and students to analyze text. Read my post to see some ideas for how you can use Wordle to foster literacy and critical thinking in your classroom. I used Wordle to make the "word cloud" below out of the text from President Obama's speech to Congress. I chose a setting to display the 25 most frequently used words in his speech.