Aboriginal Youth Services. About Indigenous Australians. In 2016, there were an estimated 798,000 Aboriginal and Torres Strait Islander people in Australia, representing 3.3% of the total Australian population. 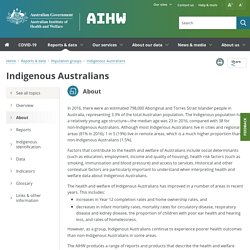 The Indigenous population has a relatively young age structure—the median age was 23 in 2016, compared with 38 for non-Indigenous Australians. Redfern’s young warriors. The inner city suburb of Redfern in Sydney has strong ties to Aboriginal history and has become the home of a youth program designed to motivate and inspire kids. 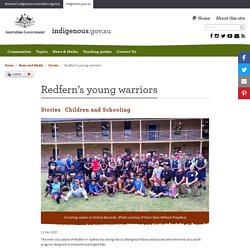 ‘A young lad, 17 years old, came to us three years ago. He had a history of drug use and petty crime (mixing with the wrong crowd) and very irregular school attendance. Over a couple of years, he learnt to be disciplined and regular at the training.’ ‘He became steadily more responsible for his own actions and for how he interacted with his family. His school behaviours improved dramatically. The profound change in this young man and many others with similar backgrounds is coming about through a program called Clean Slate Without Prejudice. Tribal Warrior Aboriginal Corporation manages the program in partnership with the Redfern Local Area Police Command.

Jeremy Wright from Tribal Warrior said it is not just the participants and their families who are benefitting. About AIDA - Australian Indigenous Doctors' Association. Aboriginal and Torres Strait Islander peoples. The roles of individuals, communities and governments in addressing the health inequities Individuals are empowered by a number of interventions to make informed choices about their own behaviour and encouraged to reduce risk behaviours and increase protective behaviours. 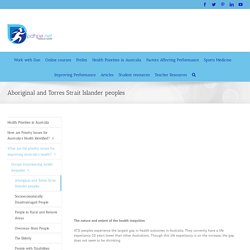 Each individual is responsible to promote their own health and the health of others Communities and leaders of ATSI people were and are still involved in the design and implementation of many of the closing the gap programs and interventions. This includes many community groups such as Australian indigenous Doctors Association, National Aboriginal Community Controlled Health organisation, Aboriginal Community Controlled Health Services and Aboriginal Medical Services. The Australian Government’s main role is larger health promotion and funding. The Close the Gap initiative is a statement of intent signed by Australia’s governments (state, territory & commonwealth). 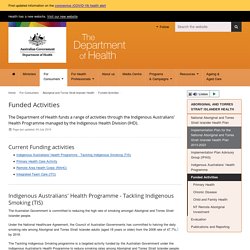 Under the National Healthcare Agreement, the Council of Australian Governments has committed to halving the daily smoking rate among Aboriginal and Torres Strait Islander adults (aged 18 years or older) from the 2008 rate of 47.7%,1 by 2018. The Tackling Indigenous Smoking programme is a targeted activity funded by the Australian Government under the Indigenous Australian's Health Programme to reduce smoking rates among Aboriginal and Torres Strait Islander people. 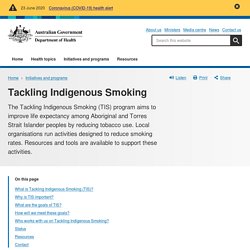 TIS is a long term Australian Government program that helps reduce smoking rates among Aboriginal and Torres Strait Islander peoples. The program consists of: regional tobacco control grants (RTCGs) — about 80% of the total fundinga National Best Practice Unit (NBPU) that supports funded organisationsimprovements to Quitline so it provides accessible and culturally appropriate services to Aboriginal and Torres Strait Islander peoplethe Quitskills training program for frontline community and health workersa National Coordinator — currently Professor Tom Calma AO — who provides high-level advice on policies and also supports funded organisationsactivities that support priority groups such as pregnant women and smokers in remote areasregular evaluations to make sure best practices are being followed and activities are evidence-based and effectiveresearch to assess the impacts and outcomes of grants Why is TIS important?

What are the goals of TIS? Aboriginal and Torres Strait Islander health. AIHW - Closing the Gap. Power through Partnership. Closing the Gap targets: 2017 analysis of progress and key drivers of change, Table of contents. (1) Close the Gap: A Decade in Review. PM says Closing the Gap results are 'promising', but Indigenous communities should be worked 'with, not to' Updated Media player: "Space" to play, "M" to mute, "left" and "right" to seek. 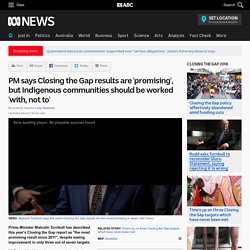 Error loading player: No playable sources found Video: Malcolm Turnbull says this year's Closing the Gap results are the most promising in years (ABC News) Prime Minister Malcolm Turnbull has described this year's Closing the Gap report as "the most promising result since 2011", despite seeing improvement in only three out of seven targets. Key points: PM says Closing the Gap refresh will focus more closely on communitiesThis year's report failed to stay on track in four of seven targets, but PM says it is best progress since 2011Empowered Communities program, which uses local expertise to solve problems, to be expanded Mr Turnbull highlighted improvements in infant mortality, early education enrolments and Year 12 attainment, but noted that in order to close the gap in other key areas, a change of tack was needed. 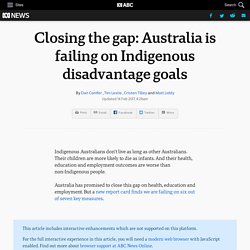