Quack Watch. James Randi Educational Foundation. The seven deadly sins of health and science reporting. How the craziest f#@!ing “theory of everything” got published and promoted – UPDATED. Homeopathic remedies recalled for containing real medicine. Chiropractors' spine-chilling warnings about computers, phones and pancakes. Scaremongering over new technology has been around as long as technology itself, but it sank to a new low last month when The Telegraph published the following: Computers blamed for children's bad backsComputers and mobile telephones are causing an increase in back problems for teenagers, with 40 per cent of children suffering pain, a study has claimed.Researchers warned parents that their teenagers are at increasing risk from back or neck pain due to sedentary lifestyles and excessive use of technology. 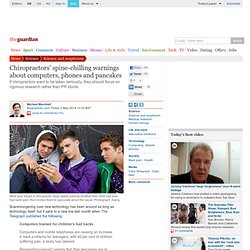 The Dangers of Pseudoscience. Skeptical Raptor's Blog. Jail for Ignorance. Science Errors & Conflicts. Operations that are just a stitch-up: How patients can be healed by telling them they've had surgery - even when it's all a sham. By John Naish Published: 23:58 GMT, 9 July 2012 | Updated: 23:58 GMT, 9 July 2012 The situation sounds like a sick practical joke: you are admitted to hospital for an important operation, and the staff give you an anaesthetic and wheel you into surgery. 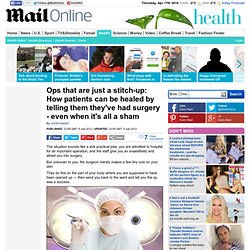 But unknown to you, the surgeon merely makes a few tiny cuts on your skin. They do this on the part of your body where you are supposed to have been opened up — then send you back to the ward and tell you the op was a success. Fake operations are sometimes turning out to be highly effective. The strange fact, however, is that such medical fakery can actually produce cures. Paranormal Circumstances: One Influential Scientist's Quixotic Mission to Prove ESP Exists. Soon Bem was led to a soundproof room, where he sat in a reclining chair with Ping-Pong ball halves covering his eyes and headphones delivering white noise. 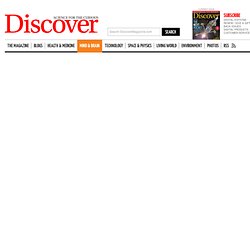 For the next half hour, as a sender in another room watched a one-minute clip on a TV monitor several times, he described the images that went through his mind. Later, shown four clips, including the one that the sender had watched, Bem ranked them in order of how closely they coincided with his own mental images. Because he gave the second-highest rating to the clip the sender had watched, the trial didn’t result in a “hit.” But Bem was taken with the rigorous protocol. “This is quite sound,” he told Honorton. Junk science and pseudoscience - topical index. Bottles Full of Brain-Boosters. Risky Brew? 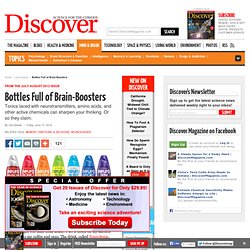 Some experts nonetheless question the safety of the drinks if imbibed in quantity or by the wrong folks. When I reach Emory bioethicist Paul Root Wolpe, editor in chief of the American Journal of Bioethics Neuroscience, he opens up a can of outrage. “It is unethical to sell drinks with potentially powerful neurological effects without long-term scientific studies,” he tells me. Understanding the difference between science & pseudo-science by investigating some of Astrology's claims. Ancient Astronauts & Space Gods! Erich von Däniken, a Swiss high-school dropout, has made many millions of dollars from more than a dozen books written since 1968. 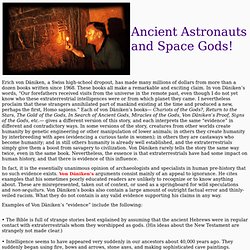 These books all make a remarkable and exciting claim. In von Däniken’s words, “Our forefathers received visits from the universe in the remote past, even though I do not yet know who these extraterrestrial intelligences were or from which planet they came. I nevertheless proclaim that these strangers annihilated part of mankind existing at the time and produced a new, perhaps the first, Homo sapiens.” About « The Language of Bad Physics. 10 Questions To Distinguish Real From Fake Science. 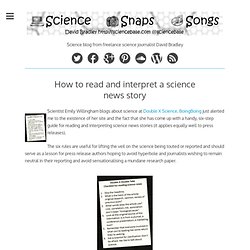 BoingBoing just alerted me to the existence of her site and the fact that she has come up with a handy, six-step guide for reading and interpreting science news stories (it applies equally well to press releases). The six rules are useful for lifting the veil on the science being touted or reported and should serve as a lesson for press release authors hoping to avoid hyperbole and journalists wishing to remain neutral in their reporting and avoid sensationalising a mundane research paper. The AIDS Conspiracy. Nicoli Nattrass Paper, 240 pages, 8 line drawings, 3 tables ISBN: 978-0-231-14913-6 $25.00 / £17.50 March, 2012 Cloth, 240 pages, 8 line drawings, 3 tables ISBN: 978-0-231-14912-9 $35.00 / £24.00 Since the early days of the AIDS epidemic, many bizarre and dangerous hypotheses have been advanced to explain the origins of the disease. 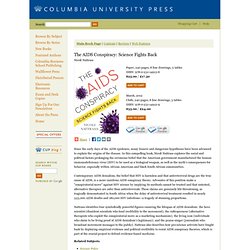 In this compelling book, Nicoli Nattrass explores the social and political factors prolonging the erroneous belief that the American government manufactured the human immunodeficiency virus (HIV) to be used as a biological weapon, as well as the myth's consequences for behavior, especially within African American and black South African communities. Contemporary AIDS denialism, the belief that HIV is harmless and that antiretroviral drugs are the true cause of AIDS, is a more insidious AIDS conspiracy theory. Guerilla enlightenment: Defending science online - opinion - 01 May 2012. Pro-reason bloggers are doing a better job than scientists at challenging alternative medicine. 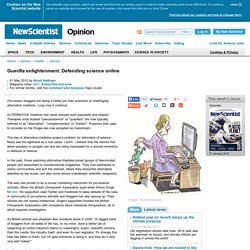 Long may it continue ALTERNATIVE medicine has never enjoyed such popularity and respect. The Wall Street Journal Debunks the Myth of Alternative Medicine. We frequently criticize the media for gullible reporting of pseudoscience and inaccurate reporting of real science. 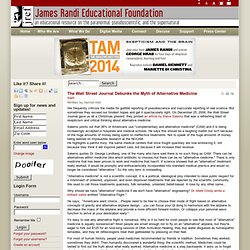 But sometimes they exceed our fondest hopes and get it spectacularly right. On December 25, 2008, the Wall Street Journal gave us all a Christmas present: they printed an article by Steve Salerno that was a refreshing blast of skepticism and critical thinking about alternative medicine. Controversial Italian Scientist Says Splenda Causes Cancer. Bad Science.