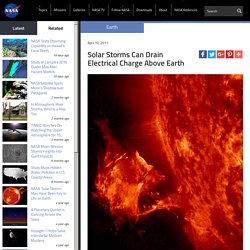 From a more precise categorization of the upper atmosphere’s response to solar storms, to pinpointing the signatures of a fundamental behavior of carbon dioxide, TIMED’s unique position and instruments, along with its decade-plus data record, continue to give scientists an unparalleled look at Earth’s upper atmosphere, our interface to space. Indeed, the very length of the data set has provided unprecedented opportunities to analyze near-Earth space. Why The Earth’s Magnetic Poles Could Be About To Swap Places – And How It Would affect Us.

The Earth’s magnetic field surrounds our planet like an invisible force field – protecting life from harmful solar radiation by deflecting charged particles away. 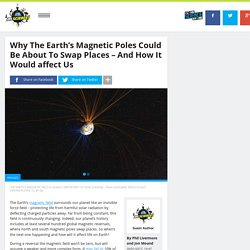 Far from being constant, this field is continuously changing. Indeed, our planet’s history includes at least several hundred global magnetic reversals, where north and south magnetic poles swap places. So when’s the next one happening and how will it affect life on Earth? Space weather-induced blackouts could cost US more than $40 billion daily. A Perfect Solar Superstorm: The 1859 Carrington Event. Halloween Storms of 2003 Still the Scariest. In late January 2014, a NASA-funded sounding rocket will launch from Poker Flat Research Range in Alaska to study what causes swirling structures within aurora. 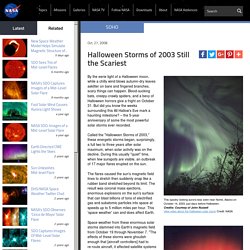 This aurora picture was captured in Tromsø, Norway, on Jan. 9, 2014. Credits: Copyright Harald Albrigtsen, used with permission. UPDATE: On Jan. 9, 2014, at 2:32 p.m. Why The Earth’s Magnetic Poles Could Be About To Swap Places – And How It Would affect Us. Silná sluneční bouře způsobí škody za 40 miliard dolarů. Denně. Vypadne elektřina, ztratí se data. Amerika se chystá na apokalypsu. Europe comes together for space weather / Space Situational Awareness / Operations. Europe comes together for space weather Space weather 5 November 2015 Working with scientists in 14 countries across Europe, ESA is developing a warning network that will help protect us from the effects of our Sun’s activity. 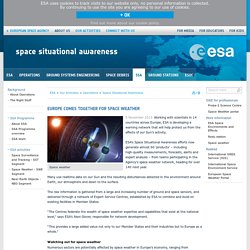 ESA’s Space Situational Awareness efforts now generate almost 60 ‘products’ – including high-quality measurements, forecasts, alerts and expert analysis – from teams participating in the Agency’s space weather network, heading for over 140 next year. Many use realtime data on our Sun and the resulting disturbances detected in the environment around Earth, our atmosphere and down to the surface. The raw information is gathered from a large and increasing number of ground and space sensors, and delivered through a network of Expert Service Centres, established by ESA to combine and build on existing facilities in Member States. “This provides a large added value not only to our Member States and their industries but to Europe as a whole.” Watching out for space weather.

1 in 8 Chance of Catastrophic Solar Megastorm by 2020. The Earth has a roughly 12 percent chance of experiencing an enormous megaflare erupting from the sun in the next decade. 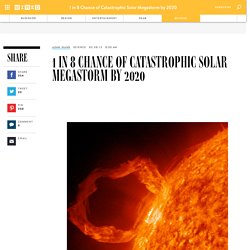 This event could potentially cause trillions of dollars’ worth of damage and take up to a decade to recover from. Such an extreme event is considered to be relatively rare. The last gigantic solar storm, known as the Carrington Event, occurred more than 150 years ago and was the most powerful such event in recorded history. Carrington-class CME Narrowly Misses Earth. Carrington-class CME Narrowly Misses Earth May 2, 2014: Last month (April 8-11), scientists, government officials, emergency planners and others converged on Boulder, Colorado, for NOAA's Space Weather Workshop—an annual gathering to discuss the perils and probabilities of solar storms. 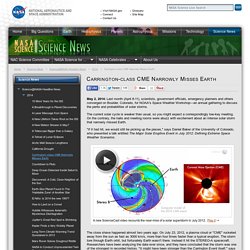 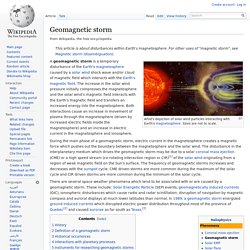 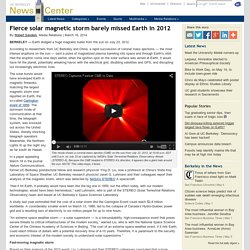 According to researchers from UC Berkeley and China, a rapid succession of coronal mass ejections — the most intense eruptions on the sun — sent a pulse of magnetized plasma barreling into space and through Earth’s orbit. Had the eruption come nine days earlier, when the ignition spot on the solar surface was aimed at Earth, it would have hit the planet, potentially wreaking havoc with the electrical grid, disabling satellites and GPS, and disrupting our increasingly electronic lives. This movie shows a coronal mass ejection (CME) on the sun from July 22, 2012, at 10:00 p.m. STEREO Observes One of the Fastest CMEs On Record.

[image-50] On July 23, 2012, a massive cloud of solar material erupted off the sun's right side, zooming out into space, passing one of NASA's Solar TErrestrial RElations Observatory (STEREO) spacecraft along the way. 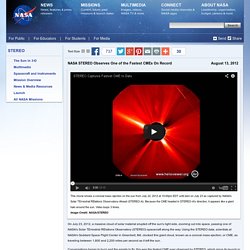 Using the STEREO data, scientists at NASA's Goddard Space Flight Center in Greenbelt, Md. clocked this giant cloud, known as a coronal mass ejection, or CME, as traveling between 1,800 and 2,200 miles per second as it left the sun. Social and Economic Impacts. + Play Audio | + Download Audio | + Join mailing list January 21, 2009: Did you know a solar flare can make your toilet stop working? 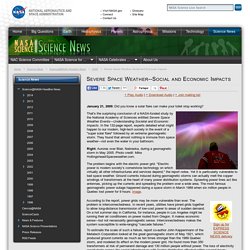 That's the surprising conclusion of a NASA-funded study by the National Academy of Sciences entitled Severe Space Weather Events—Understanding Societal and Economic Impacts. Earth dodges magnetic storm - 24 June 1989. THE BRITISH Geological Survey (BGS) last week issued a mistaken warning that a magnetic storm would occur on Sunday 18 June. The survey expected a major storm similar to that of 13 March this year, which affected navigation, radio and power transmission across the world and caused the appearance of aurorae as far south as Texas. Bracing the Satellite Infrastructure for a Solar Superstorm. As night was falling across the Americas on Sunday, August 28, 1859, the phantom shapes of the auroras could already be seen overhead. From Maine to the tip of Florida, vivid curtains of light took the skies. Startled Cubans saw the auroras directly overhead; ships’ logs near the equator described crimson lights reaching halfway to the zenith.