PPP Over SSH - a simple vpn solution for unix. What is PPP over SSH? 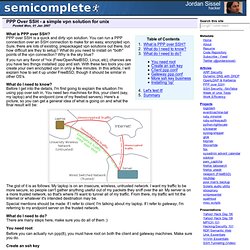 PPP over SSH is a quick and dirty vpn solution. You can run a PPP connection over an SSH connection to make for an easy, encrypted vpn. Sure, there are lots of existing, prepackaged vpn solutions out there, but how difficult are they to setup? What do you need to install on *both* points of the vpn connection? Why is the sky blue? What do I need to know? Before I get into the details, I'm first going to explain the situation I'm using ppp over ssh in. The gist of it is as follows: My laptop is on an insecure, wireless, untrusted network.

What do I need to do? There are many steps here, make sure you do all of them :) You need root Before you can actually run ppp(8), you must have root on both the client and gateway machines. Create an ssh key First, you're going to need a passphraseless ssh key so we can login to your vpn gateway without a password. Ssh-keygen -N "" -t rsa -f ~/.ssh/ppp.key. Custom boot screens. How to write udev rules. CentOS 5 and the XFS kernel module. CentOS 5 and the XFS kernel module Posted on 06-13-2007 02:22:00 UTC | Updated on 06-13-2007 02:22:00 UTCSection: /software/xfsfilesystem/ | Permanent Link If your installing CentOS 5 and you need the XFS filesystem then you need to install a special kernel module from the extras repository. 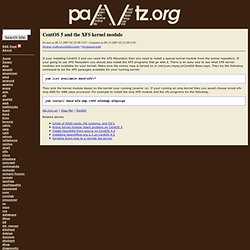 If your going to use XFS filesystem you should also install the XFS programs that go with it. Metadata Performance Exploration Part 2: XFS, JFS, ReiserFS, ext. More performance: We add five file systems to our previous benchmark results to creating a "uber" article on metadata file system performance. 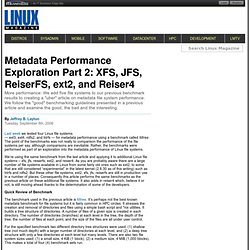 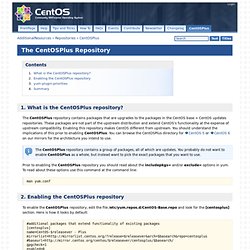 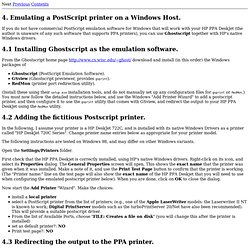 In the following, I assume your printer is a HP DeskJet 722C, and is installed with its native Windows Drivers as a printer called "HP DeskJet 720C Series". The following instructions are tested on Windows 98, and may differ on other Windows variants. MakeVM: Virtul machine and virtual disk management and conversio. BOO - Home. CentOS 5.3 Samba Standalone Server With tdbsam Backend. Version 1.0 Author: Falko Timme <ft [at] falkotimme [dot] com> Last edited 04/20/2009 This tutorial explains the installation of a Samba fileserver on CentOS 5.3 and how to configure it to share files over the SMB protocol as well as how to add users. 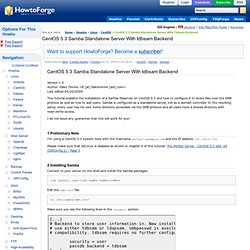 Samba is configured as a standalone server, not as a domain controller. In the resulting setup, every user has his own home directory accessible via the SMB protocol and all users have a shared directory with read-/write access. I do not issue any guarantee that this will work for you! 1 Preliminary Note. High Scalability - High Scalability. Linux Configure rssh Chroot Jail To Lock Users To Their Home Dir. Rssh support chrooting option. 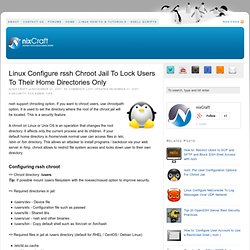 If you want to chroot users, use chrootpath option. It is used to set the directory where the root of the chroot jail will be located. This is a security feature. Online Hierarchical Storage Manager. Yubico.