Eight detective films which will make you smarter. If you’re the kind of person who likes to ponder the mysteries of human nature even whilst you’re relaxing, watching a detective film might be just the perfect pasttime. 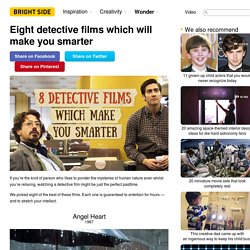 We picked eight of the best of these films. Each one is guaranteed to entertain for hours — and to stretch your intellect. Angel Heart. Tell time. 1 minute ago: Someone had problem at level 4. 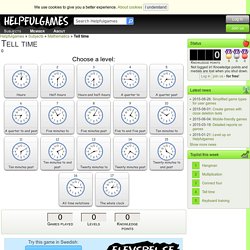 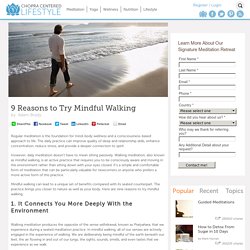 The daily practice can improve quality of sleep and relationship skills, enhance concentration, reduce stress, and provide a deeper connection to spirit. However, daily meditation doesn’t have to mean sitting passively. Russian Photographer Takes Stunning Portraits With REAL Animals. What you’re about to see is not Photoshop – Moscow-based Russian photographer Katerina Plotnikova created these stunning images with the help of real live animals! 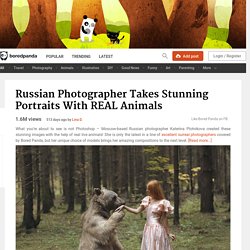 She is only the latest in a line of excellent surreal photographers covered by Bored Panda, but her unique choice of models brings her amazing compositions to the next level. [Read more...] While seemingly dangerous, these shots were made possible with the help of professional animal trainers. The bear, held by many as a symbol of primal strength and instinct, contrasts especially well with the elegant princess it has embraced.

Fortunately, she has provided us with a few adorable behind-the-scenes photos showing how the animals are posed by their trainers, including a shot where the bear sneaks a snack from its trainer over the model’s shoulder. Books: What are some mind-expanding books to read. Kim Dotcom. In January 2012, the New Zealand Police placed him in custody in response to US charges of criminal copyright infringement in relation to his Megaupload website. 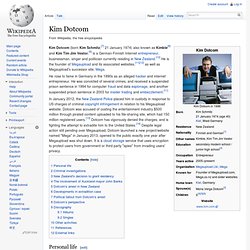 Dotcom was accused of costing the entertainment industry $500 million through pirated content uploaded to his file-sharing site, which had 150 million registered users.[13] Dotcom has vigorously denied the charges, and is fighting the attempt to extradite him to the United States.[14] Despite legal action still pending over Megaupload, Dotcom launched a new project/website named "Mega" in January 2013, opened to the public exactly one year after Megaupload was shut down.

It is a cloud storage service that uses encryption to protect users from government or third party "spies" from invading users' privacy. Personal life[edit] New custom English dictionaries. Due to the great work of other forum members it is now possible to create your own dictionaries for the Kobo Glo and Touch, for firmware 2.1.4 or later. 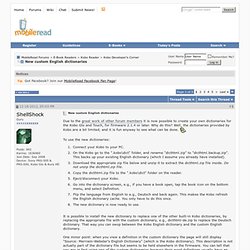 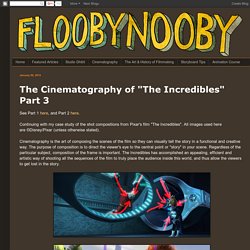 All images used here are ©Disney/Pixar (unless otherwise stated). Cinematography is the art of composing the scenes of the film so they can visually tell the story in a functional and creative way. Apertus° - open source cinema. About apertus° he goal of the award winning apertus° project is to create free and open technology for todays professional cinema and film production landscape and make all the generated knowledge freely available. 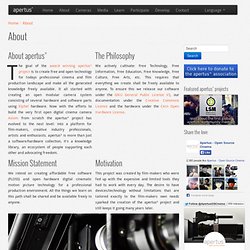 It all started with creating an open modular camera system consisting of several hardware and software parts using Elphel hardware. Now with the efforts to build the very first open digital cinema camera Axiom from scratch the apertus° project has evolved to the next level: into a platform for film-makers, creative industry professionals, artists and enthusiasts. apertus° is more than just a software/hardware collection, it's a knowledge library, an ecosystem of people supporting each other and advocating freedom. 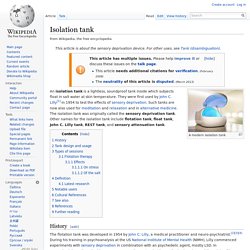 They were first used by John C. Lilly[1] in 1954 to test the effects of sensory deprivation. Such tanks are now also used for meditation and relaxation and in alternative medicine. The isolation tank was originally called the sensory deprivation tank. Other names for the isolation tank include flotation tank, float tank, John C. History[edit] The flotation tank was developed in 1954 by John C. Peter Suedfeld and Roderick Borrie of the University of British Columbia began experimenting on the therapeutic benefits of flotation tank usage in the late 1970s. 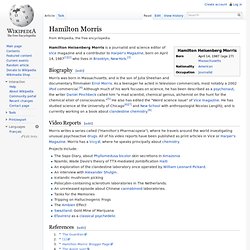 All of his video reports have been published as print articles in Vice or Harper's Magazine. Sensory Deprivation Tanks - Google'da Ara.