JG Ballard on on Psychoactive Drugs and William Burroughs – Biblioklept. Paul McCartney on Acid. Jackie Gleason on LSD ; skidoo. We Got Buckminster Fuller's FBI File. God's Lonely Programmer. In the beginning there is darkness. 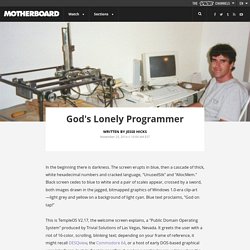 The screen erupts in blue, then a cascade of thick, white hexadecimal numbers and cracked language, "UnusedStk" and "AllocMem. " Black screen cedes to blue to white and a pair of scales appear, crossed by a sword, both images drawn in the jagged, bitmapped graphics of Windows 1.0-era clip-art—light grey and yellow on a background of light cyan. Blue text proclaims, "God on tap! " This is TempleOS V2.17, the welcome screen explains, a "Public Domain Operating System" produced by Trivial Solutions of Las Vegas, Nevada. George Clinton Details The Nasty Effects Of Eating Soul Food On Acid. If you like to drop acid from time to time, as George Clinton did in the '60s, take the legend's advice: become a vegetarian. 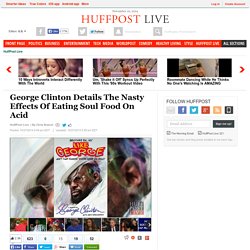 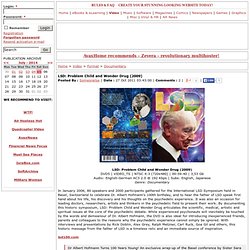 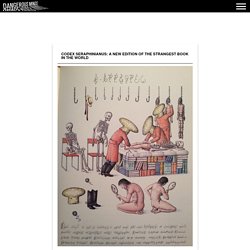 The Codex is unlike other historically well-known strange books (such as the Voynich Manuscript), in that the author of the book is not only known (Luigi Serafini is his name), he’s still alive. But the book is just so damned strange that it has accumulated a veritable industry of speculation about its meaning, deeper origins, and whether the language in which it is written actually has any syntax or not. Serafini has said relatively little about it himself over the years, and denies that the script has any meaning, but no one really believes that, including me. Codex Seraphinianus, meet Luigi Serafini the man behind the strangest book in the world. Pic by Silvia Tofani. 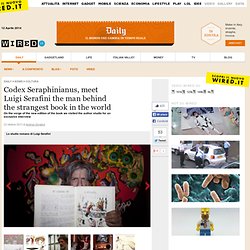 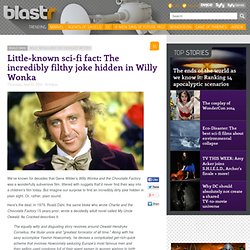 But imagine our surprise to find an incredibly dirty joke hidden in plain sight. Or, rather, plain sound. Pubmedia Nexus Index. 'Smoking' alcohol gaining in popularity. TORONTO -- A man who appears to be in his early 20s and wearing a backwards baseball cap pours a Budweiser into an empty plastic bottle while sitting on the couch. 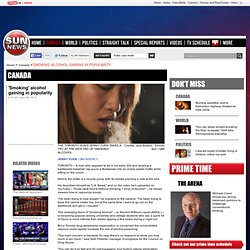 Next to the bottle is a bicycle pump with its needle piercing a cork at the end. He describes himself as "L.A. Beast," and on the video he's uploaded on YouTube -- "Dude Gets Drunk Without Drinking 1 Drop of Alcohol" -- he shows viewers how to vapourize booze. "I've been trying to lose weight," he explains to the camera. Sophia Stewart, The Real Creator of ‘The Matrix,’ Wins Lawsuit. Sophia Stewart, science fiction writer AFRICANGLOBE – This little known story has met a just conclusion, as Sophia Stewart, African American author of The Matrix will finally receive her just due from the copyright infringement of her original work!!! 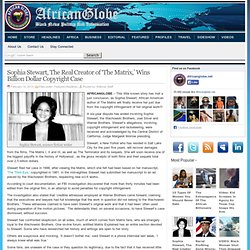 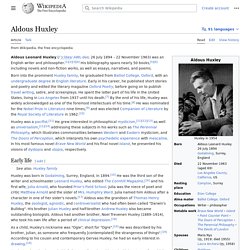 He was best known for his novels including Brave New World, set in a dystopian London, and for non-fiction books, such as The Doors of Perception, which recalls experiences when taking a psychedelic drug, and a wide-ranging output of essays. Early in his career Huxley edited the magazine Oxford Poetry, and published short stories and poetry. Mid career and later, he published travel writing, film stories and scripts. He spent the later part of his life in the US, living in Los Angeles from 1937 until his death. In 1962, a year before his death, he was elected Companion of Literature by the Royal Society of Literature.[1] Steve Jobs: LSD Was One of The Best Things I've Done in My Life. The death of Steve Jobs, the legendary co-founder and CEO of Apple, appears to have touched people around the world in a deeply personal way. 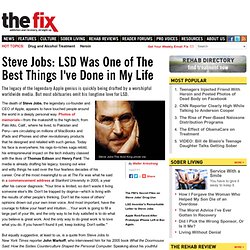 Photos of memorials—from the makeshift to the high-tech; from Palo Alto, Calif., where he lived, to Pakistan and Peru—are circulating on millions of MacBooks and iPads and iPhones and other revolutionary products that he designed and retailed with such genius. Salvador Dali’s hologram portrait of Alice Cooper’s brain. Atlanta, Georgia’s High Museum Of Art is showcasing an exhibit of Salvidor Dali’s later work. Included in the exhibit is a piece from 1973 called “First Cylindric Chromo-Hologram Portrait of Alice Cooper’s Brain” which… [...] depicts a three-dimensional Alice Cooper wearing two million dollars worth of jewelry including a tiara and necklace while holding a statuette of Venus De Milo as if it were a microphone. A plaster sculpture of Alice’s brain, topped by a chocolate éclair covered in ants, another Dalí oeuvre, was placed behind the cross-legged rock star and the set-up was documented by Dalí using (then) cutting-edge hologram technology. Dali was an Alice Cooper fan and it was after seeing the band perform live in 1973 that he invited Alice to sit for the hologram project.

Via L.A. LSD Experiment Anniversary: 7 Videos Of People 'On Acid' (And One Cat) Seventy years ago last week a certain Albert Hofmann decided to re-examine a chemical synthesised by colleagues at Sandoz Laboratories in Switzerland. The chemist accidentally absorbed some of the substance through his fingers and soon felt a little... irregular... "...affected by a remarkable restlessness, combined with a slight dizziness.

At home I lay down and sank into a not unpleasant intoxicated-like condition, characterized by an extremely stimulated imagination. In a dreamlike state, with eyes closed (I found the daylight to be unpleasantly glaring), I perceived an uninterrupted stream of fantastic pictures, extraordinary shapes with intense, kaleidoscopic play of colors. After some two hours this condition faded away... " Julia Stiles. William Burroughs, from The Soft Machine. Joe Brundige brings you the shocking story of the Mayan Caper exclusive to The Evening News — A Russian scientist has said: “We will travel not only in space but in time as well” — I have just returned from a thousand-year time trip and I am here to tell you what I saw — And to tell you how such time trips are made — It is a precise operation — It is difficult — It is dangerous — It is the new frontier and only the adventurous need apply — But it belongs to anyone who has the courage and know-how to enter — It belongs to you —

The Roots of Dennis Hopper's Style. Cecil Beaton/Camera Press, via ReduxDennis Hopper in “The Last Movie.” It’s a peculiar brand of American voodoo, a mix of Pabst Blue Ribbon and white Stetson hats and weather-beaten Levis. And a gas mask. It has a lot to do with being dirty. The roller coaster life of Dennis Hopper points like a weather vane to a half century of pop culture. IMG/pdf/acid_dreams.pdf. For the unrepentant patriarch of LSD, long, strange trip winds back to Bay Area. The small, barefoot man in black T-shirt and blue jeans barely rates a second glance from the other Starbucks patrons in downtown San Rafael, although he is one of the men who virtually made the '60s. Orange Sunshine: The Strange But True Story of the 'Hippie Mafia'

He was believed to be 76. The renegade grandson of a former governor of Kentucky, Stanley helped lay the foundation for the psychedelic era by producing more than a million doses of LSD at his labs in San Francisco’s Bay Area. Owsley Stanley, Artisan of Acid, Is Dead at 76. BEAR'S ART PAGES.